Ronald McDonald hiding out until US freaky clown craze stops 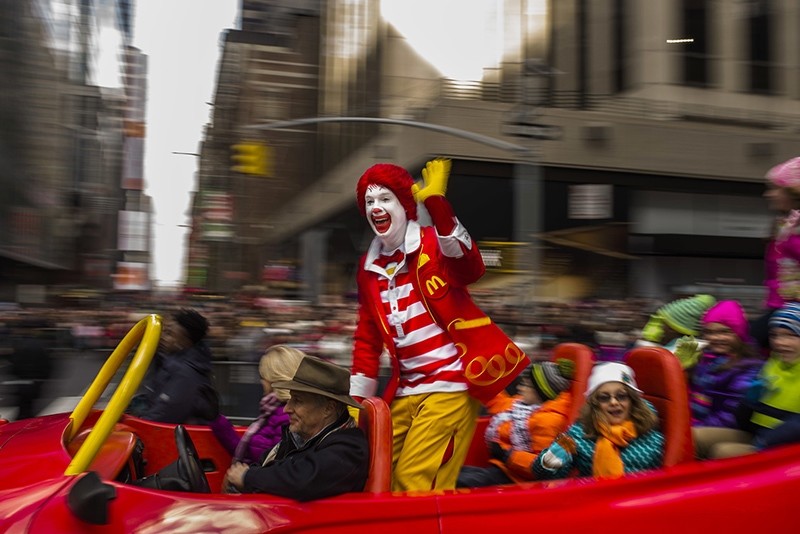 In this Thursday, Nov. 26, 2015, file photo, Ronald McDonald waves to the crowd during the Macy's Thanksgiving Day Parade, in New York (AP Photo)
by Oct 13, 2016 12:00 am
McDonalds' corporate mascot Ronald McDonald is currently keeping a low profile in the U.S. due to the scary clown craze sweeping the country, the company said Wednesday.

The red-haired clown character has represented the global hamburger chain for decades, and is regularly involved in the company's charity work, but he now runs the risk of being mistaken for a prankster.

"McDonald's and franchisees in local markets are mindful of the current climate around clown sightings in communities, and as such are being thoughtful with respect to Ronald McDonald's participation in community events for the time being," the company's global spokeswoman, Terri Hickey said.

Sightings of scary clowns began more than a month ago in the area around Greenville, South Carolina, before the phenomenon spread around the country and even overseas.

Several arrests have since been reported, and police have declared that they would take reports of pranksters dressed as clowns seriously, ahead of Halloween on October 31.
Last Update: Oct 13, 2016 9:46 am
RELATED TOPICS