Daughter of US Olympic sprinter Gay shot dead in Kentucky 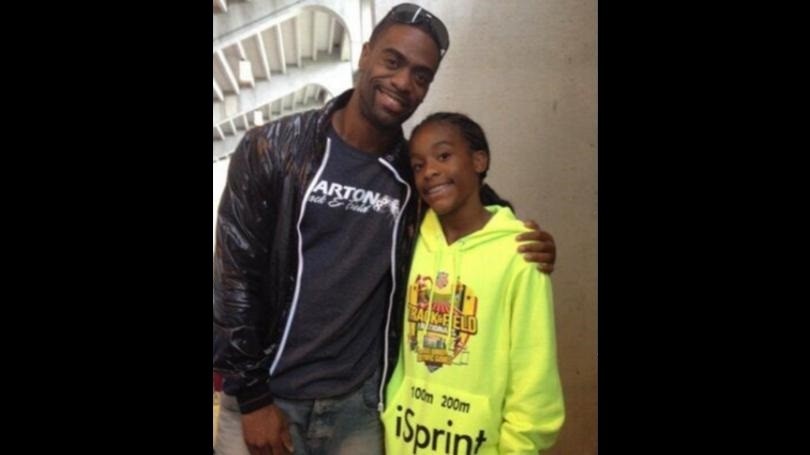 | (Via Facebook)
by Oct 16, 2016 12:00 am
The 15-year-old daughter of U.S. Olympic sprinter Tyson Gay died on Sunday after being caught in an exchange of gunfire between two vehicles outside of a Kentucky restaurant, police said.

After the shooting at about 4 a.m. local time, Trinity Gay was taken in a private vehicle to a local hospital where she was pronounced dead, the Lexington Police Department said in a statement.

Police said they have detained two people for questioning in connection with the incident. A homicide investigation is underway.

Gay, 34, became a world sprint champion in 2007 and set the U.S. 100 meters record two years later. He made his Olympic debut in 2008, and remains one of the all-time fastest runners.

Gay represented the U.S. at the 2012 London Olympics, winning a silver medal with the 4x100 meters relay team but he lost the medal after testing positive for a banned substance in 2013.

Condolences from the track and field world poured in on social media.

"Sending our thoughts and prayers to (Tyson Gay) and his loved ones as they mourn the tragic & senseless loss of his daughter, Trinity," USA Track & Field, the sport's national governing body, wrote on Twitter.

American Olympic hurdler Lolo Jones echoed the sentiment. "Heavy heart today for Tyson Gay and his family," Jones, 34, wrote on Twitter. "Lord please ease their pain and give them strength during this time."

Trinity was a rising star on the track team at Lafayette High School in Lexington, her father's alma mater, Sports Illustrated reported.

"Our hearts are broken this morning over the loss of Trinity to this tragic and senseless act of violence," Fayette County Public Schools, which runs the high school, wrote on Twitter.