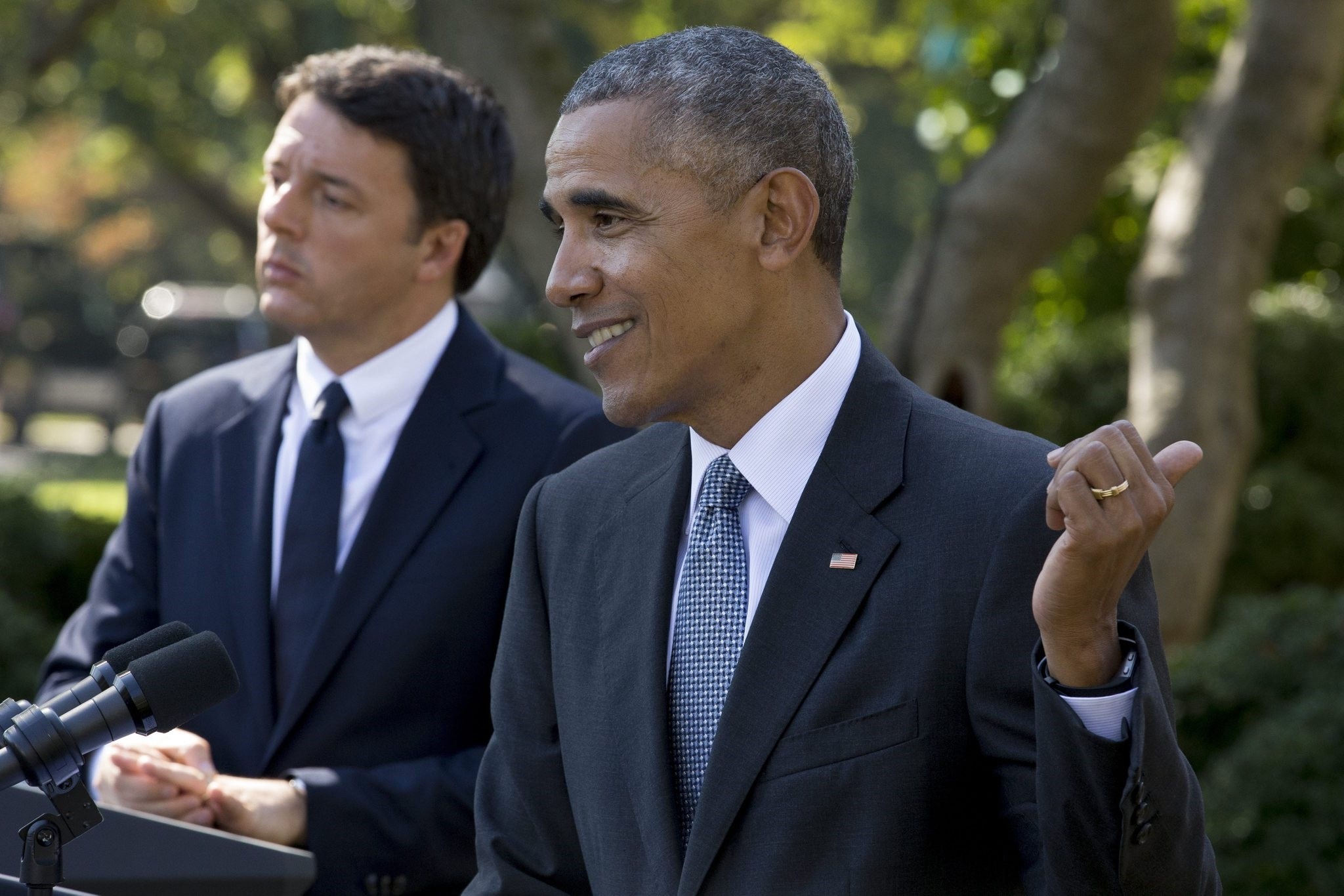 Trump has repeatedly claimed the Nov. 8 polls are being stacked against him as he continues to lose ground in the polls to his Democratic challenger, Hillary Clinton.

He told supporters Monday at a Wisconsin rally: "They even want to try and rig the election at the polling booths, where so many cities are corrupt and voter fraud is all too common."

Critics have warned that the long-term impacts of his comments could seriously undermine faith in the political system among Americans and fuel feelings of disenfranchisement.

Elections in the U.S. fall under the purview of state and local governments, making the suggestion that Trump is being undermined nationally dubious.

Speaking at a joint press conference with his Italian counterpart, Matteo Renzi, Obama said Trump's claims are "based on no facts".

"If you start whining before the game is even over," he said, "then you don't have what it takes to be in this job, because there are a lot of times when things don't go my way.

"There is no serious person out there who would suggest somehow that you could even -- you could even rig America's elections," Obama said, referring to the multiple authorities, Republican and Democrat, that run the polls.

Implicitly referring to Trump's campaign slogan, "Make America Great Again", Obama said America is already great but attempting to undermine its long-standing tradition of peacefully handing over power from one administration to the next would "make it less great".

Switching to Trump's "flattery" of Russian President Vladimir Putin, Obama said "the degree to which he appears to model many of his policies and approaches to politics on Mr. Putin, is unprecedented in American politics, and is out of step."

Trump has repeatedly praised Putin as a strong leader.

He said in an interview aired Monday that he would forge stronger ties with Russia if elected and would possibly meet with Putin before his inauguration.

"I am much more surprised and troubled by the fact that you have Republican officials who historically have been adamantly anti-Russian and in fact have attacked me for even engaging them diplomatically now supporting and, in some cases, echoing his positions. It's quite a reversal," he added.