US elections overshadowed by polarization, violence 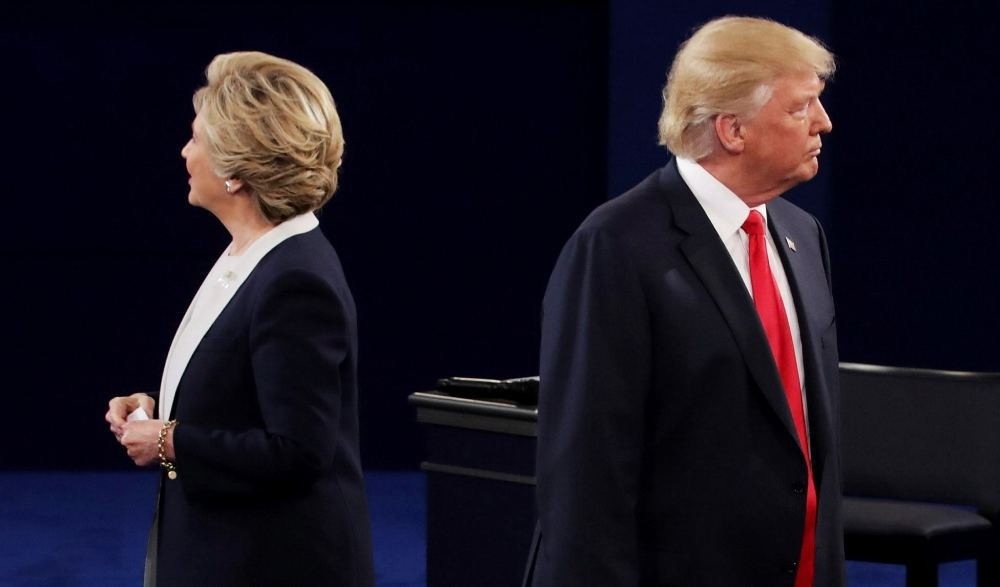 Ahead of the 2016 presidential election on Nov. 8, a vandalized Republican Party office in the state of North Carolina shows that the U.S. has become more politically polarized as Republicans and Democrats refuse to compromise on many issues

After an act of vandalism against the local Republican Party headquarters in Hillsborough, North Carolina, the nature of polarization in the 2016 presidential election campaign in the U.S. has become very different. Underscoring how divisive this election campaign has been, Republicans and Democrats are apparently not only ideologically distant from each other on many issues such as gun rights, social rights and foreign policies, but also any compromise between the two campaigns seems hard to achieve.

Hillary Clinton tweeted, "The attack on the Orange County HQ @NCGOP office is horrific and unacceptable. Very grateful that everyone is safe."

A local Republican Party office in North Carolina was damaged by fire and someone spray-painted an anti-GOP slogan referring to "Nazi Republicans" on a nearby wall, authorities said on Sunday. A news release from the town of Hillsborough said someone threw a bottle filled with flammable liquid through the window of the Orange County Republican Party headquarters overnight. The substance ignited and damaged furniture and the interior before burning out. The news release says an adjacent building was spray-painted with the words: "Nazi Republicans leave town or else."

State GOP director Dallas Woodhouse said no one was injured, but a security alert is being sent to party offices around the state. On Sunday afternoon, the walls of the multi-room office were covered in black char, and a couch against one wall had been burned down to its springs. Shattered glass covered the floor, and melted campaign yard signs showed warped lettering. The graffiti had been covered in paint by late afternoon.

A U.S. Democrat who launched a bipartisan fundraising campaign for a vandalized Republican Party office in the state of North Carolina said he raised more than $13,000 in a matter of hours. "GOAL MET!" David Weinberger, the Massachusetts native who launched the campaign, wrote early Monday on Twitter, adding, "It took less than 40 non-partisan mins to raise $10,000 to reopen firebombed Repub office. A thirst for civility & democracy!" "We talk, we argue, sometimes we march, and most of all we vote," Weinberger wrote on the fundraiser website. "We do not resort to violence by individuals or by mobs. So, let's all pitch in, no matter what your party affiliation ... and get that office open again quickly," Weinberger wrote.

Only three weeks away from the presidential election, polls showed support slipping away from the Republican candidate. Donald Trump has stepped up claims that the presidential election will be rigged against him. The bombastic billionaire fired off a series of erratic Twitter broadsides at his opponent Hillary Clinton and the media over the weekend as tensions mount ahead of the Nov. 8 election. "Polls close, but can you believe I lost large numbers of women voters based on made up events THAT NEVER HAPPENED. Media rigging election!" Trump wrote.

Some analysts have voiced fears that Trump's repeated claims of fraud could spark violence from his supporters if he loses. After the first election debate, Trump said he would respect the election result. However, he backtracked in an interview with the New York Times last month, saying, "We're going to see what happens." Trump's running mate Mike Pence has sought to ease tensions, insisting his campaign would accept defeat if that's what voters decide. "We will absolutely accept the results of the election," he told CBS.

Pence was asked about a Trump supporter who told a newspaper he planned to go to polling places and make voters "a little bit nervous." "I don't think any American should ever attempt to make any other American nervous in the exercise of their franchise to vote," Pence said.

Two polls taken on Sunday put Clinton ahead after a slew of sexual misconduct allegations against Trump that emerged last week.

Yet, they did so by vastly different numbers: an ABC News/Washington Post survey had Clinton four points ahead while an NBC News/Wall Street Journal poll put her margin at 11 points.

Adding to the polemic over Trump's fraud claims, Trump's top adviser Rudy Giuliani told CNN on Sunday without offering evidence that Democratic districts are known for counting the votes of dead people.

Giuliani claimed that if Republicans "control the inner cities the way Democrats do," then maybe "they'd do as much cheating as Democrats do." Clinton's running mate Tim Kaine, interviewed on ABC, dismissed the claims.

Trump is "swinging at every phantom of his own imagination because he knows he's losing," Kaine said.

The nation's top elected Republican, House Speaker Paul Ryan, who has declared that he would no longer "defend" the party's nominee, rebuked Trump over his comments questioning the validity of the election process.

"Our democracy relies on confidence in election results, and the speaker is fully confident the states will carry out this election with integrity," his spokeswoman AshLee Strong said in a statement. This sparked another Trump outburst at Ryan.

"The Democrats have a corrupt political machine pushing crooked Hillary Clinton. We have Paul Ryan, always fighting the Republican nominee!" he wrote on Twitter. As Trump and Clinton prepare for their third and final debate on Wednesday, Clinton is lying low, apparently relying on Trump to self-destruct.

These are also delicate times for Clinton. As sexual misconduct claims against Trump dominate the campaign, Clinton has appeared reluctant to speak out because she stuck by husband Bill Clinton while he was mired in the Monica Lewinsky and other sex scandals when he was president. Nevertheless, it is clear that the presidential race is shifting in her favor.

The CBS News Battleground Tracker Poll out Sunday found that, because of a surge in support for Clinton among women, she now leads by six points in a dozen crucial swing states.
RELATED TOPICS