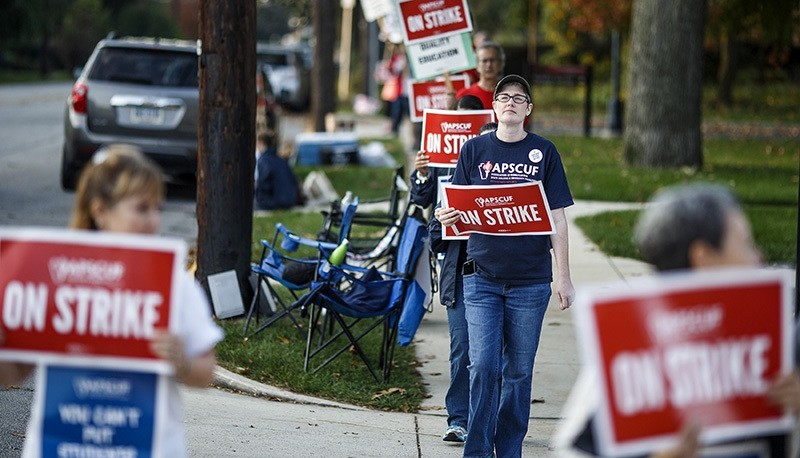 Faculty members from 14 universities in Pennsylvania went on strike Wednesday, a first in the state's decades-old higher education system.

Nearly 100,000 students are affected as the state and the union that represents the teachers have not been able to agree on a contract since mid-2015.

Union president Kenneth M. Mash told The Associated Press that representatives for the state system walked away Tuesday from the bargaining table. "I never heard of anything like it with such a major strike looming, but that's what they did," he said.

He added that a key issue - health care payments - failed to be resolved when faculty members refused what state officials say includes the same coverage as those offered to other state employees.

The state has urged students to avoid cutting classes, but some were out on the streets Wednesday to support the academics.

The union represents more than 5,000 professors and coaches at the universities across Pennsylvania.