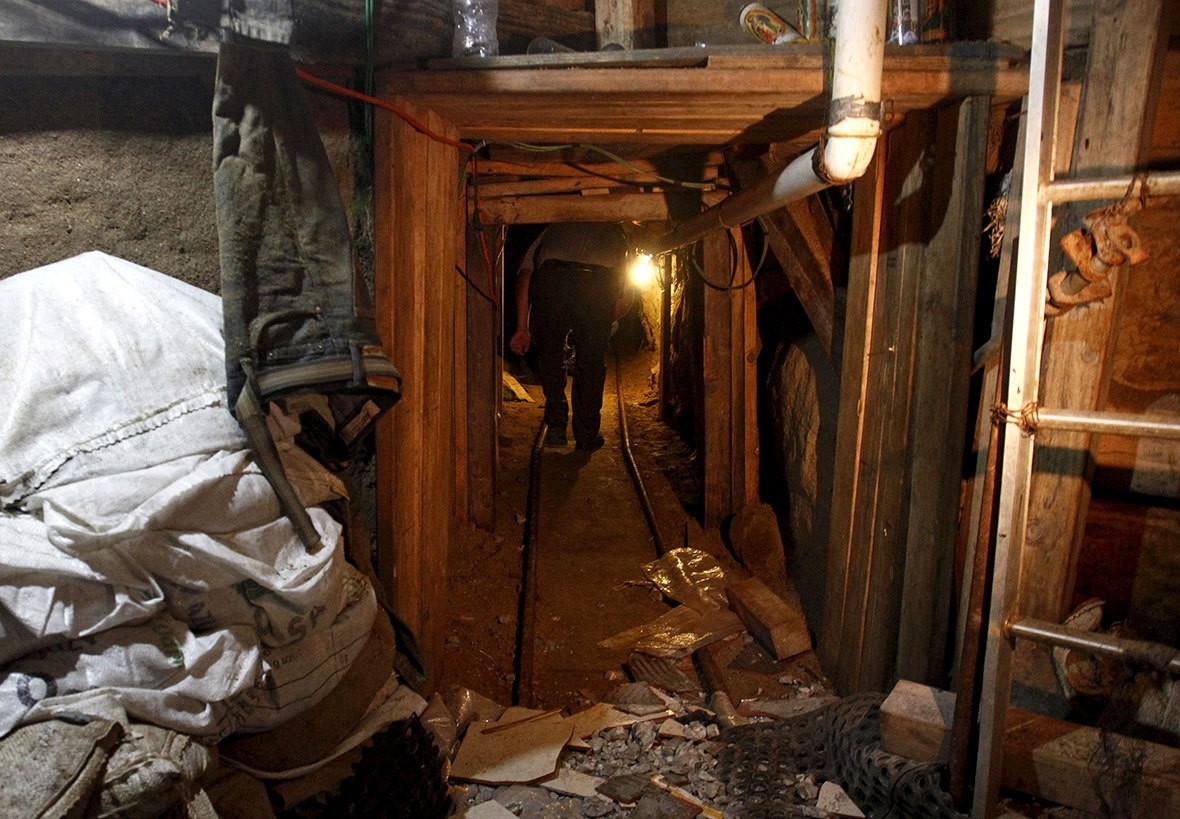 US Border Patrol agent inspects an underground tunnel found near the Morley Gate Border Station at the US-Mexico border in Nogales, Arizona.
by Oct 25, 2016 12:00 am

Authorities have discovered 2.3 tons of marijuana in a lengthy illicit tunnel connecting the Mexican city Tijuana to San Diego in the United States, the Mexican Attorney General said Monday.

The 1847-foot (563-meter) long passage was found after agents of the attorney general requested a search warrant to inspect a suspicious property. Mexico did not say when it was uncovered.

U.S. and Mexican authorities have discovered several underground tunnels used to smuggle drugs, and in some cases migrants.

Last April U.S. officials uncovered what they believe to be the longest ever cross-border drug trafficking tunnel connecting Mexico and California.

The narrow 2,600-foot tunnel connected a house in Tijuana, Mexico, to a commercial lot in Otay Mesa, California, where the exit is a three-foot diameter hole that, at one point, was hidden from view by a trash can.