US Election 2016: Twists and turns so far 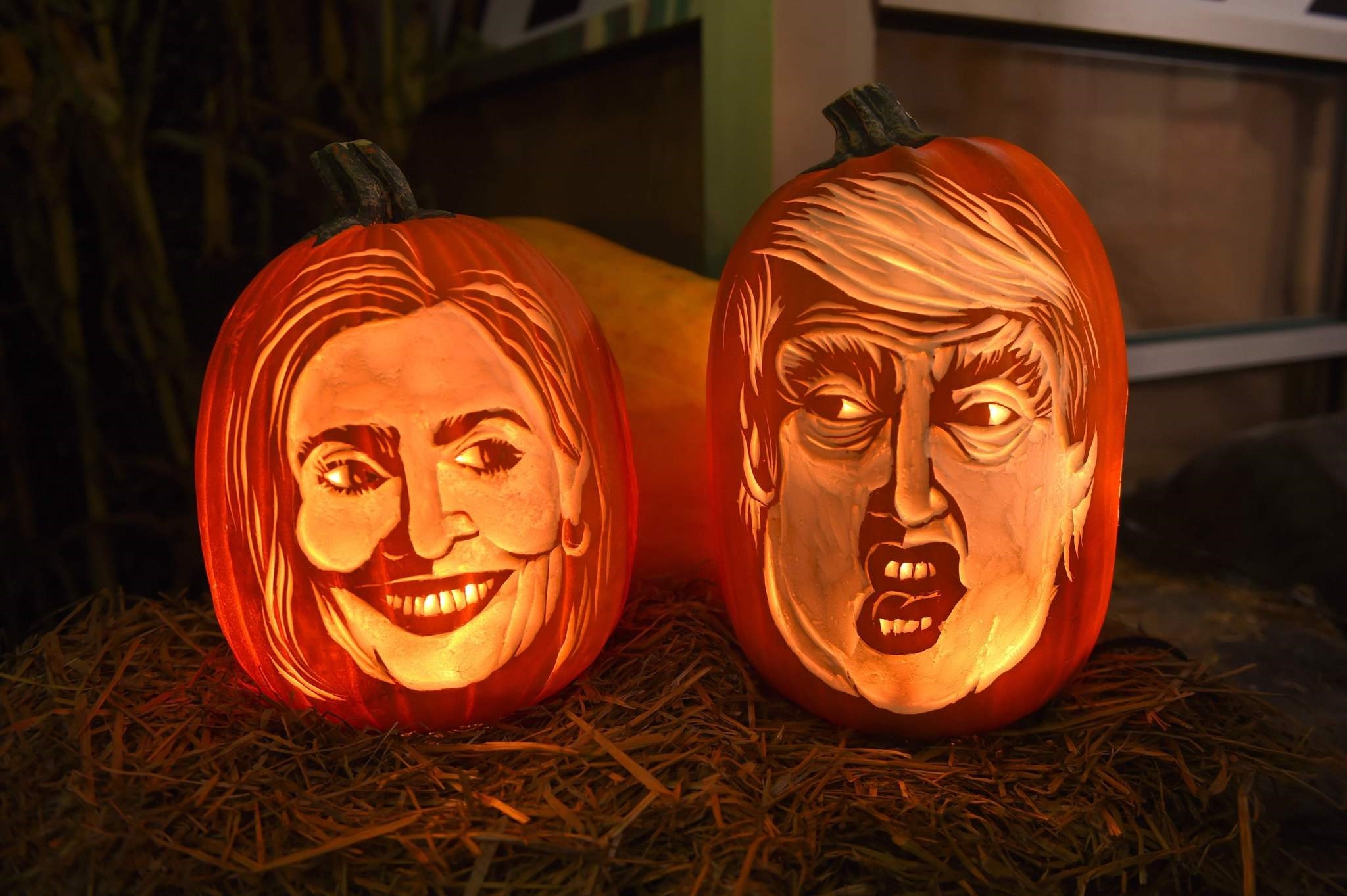 This file photo taken on October 28, 2016 shows styrofoam carvings on display of Democratic presidential nominee Hillary Clinton and her Republican counterpart Donald Trump at the Chelsea Market in New York. (AFP Photo)
by Compiled from Wire Services Nov 01, 2016 12:00 am

The 2016 presidential campaign has been a roller coaster ride with twists and turns that left voters alternately elated, distraught and sometimes flat-out flummoxed.

As Democrat Hillary Clinton and Republican Donald Trump scramble for final votes during their last week on the campaign, here are some of the election's most memorable moments:

The news network announced Monday that it had cut its ties with Brazile due to the controversy. The announcement comes after a subsequent leaked email showed she said she was privy to "questions in advance" and offered to "send a few more."

Brazile came under fire earlier this month after a hacked email published by WikiLeaks showed she may have tipped off the Democratic presidential nominee's campaign about a March CNN town-hall debate question about the death penalty.

Clinton thought a controversy over her use of a private server to send email while secretary of state had been put to rest in July when FBI chief James Comey recommended no criminal charges against her.

All that changed Friday -- just 11 days before the election -- when Comey surprised Americans by announcing the discovery of new, potentially relevant emails without giving further details.

Although the effect on the election is yet to be determined, Trump has repeatedly called the revelations "the biggest political scandal since Watergate."

The 69-year-old former first lady once again apologized Monday for using the private server, which her opponents say put classified information at risk, saying it "was a mistake and I regret it."

Trump has taken flak for his demeaning remarks about women, but a video made public on October 7 marked a new low that opened the candidate to accusations of sexual assault.

In the 2005 clip, Trump is apparently unaware his microphone is on when he describes groping and forcing himself on women in vulgar, predatory language.

"When you're a star, they let you do it. Grab them by the pussy. You can do anything," Trump is heard bragging.

Since the video's release, around a dozen women have accused the 70-year-old real estate mogul of unwanted and aggressive sexual advances.

"He has said that the video doesn't represent who he is," Clinton said during an October 9 debate. "But I think it's clear to anyone who heard it that it represents exactly who he is, because we've seen this throughout the campaign."

Trump dismissed the comments as "just words" and "locker room talk," and denied the sexual assault allegations, threatening to sue his accusers after the elections.

Trump, a billionaire real estate mogul, has refused to release his income tax returns, defying a four-decade tradition among candidates for the White House.

During a September 26 debate, Clinton offered several hypotheses as to why Trump might decline to make that information public, musing "maybe he doesn't want the American people, all of you watching tonight, to know that he's paid nothing in federal taxes."

Trump seemed to imply the accusation was correct, responding only: "That makes me smart."

Clinton endured Trump's taunts about her "stamina" and questions about her health in September after abruptly leaving a 9/11 memorial ceremony at Ground Zero in Manhattan.

Feeling unwell, the former secretary of state left 90 minutes into the ceremony. A passerby filmed her legs giving way, prompting two Secret Service officers to support her as she climbed into a minivan.

Clinton's doctors later said that she was suffering from pneumonia, and needed to take a break from the campaign.

Clinton ignited a firestorm of criticism after she denigrated Trump voters on September 9 at a fundraiser in New York.

"To just be grossly generalistic, you could put half of Trump's supporters into what I call the basket of deplorables," she said.

Republicans immediately seized on the phrase "basket of deplorables" to drive a wedge between Clinton and white, working-class voters. "INSULTING" Trump tweeted.

Trump became locked in a war of words in July with the parents of a Muslim American soldier killed in a suicide bombing in Iraq in 2004. In a speech before the Democratic National Convention, the soldier's father, a Pakistani immigrant named Khizr Khan, charged that Trump had "sacrificed nothing" for the country.

The Republican shot back on ABC News that he has made "a lot of sacrifices," then raised the stakes by tweeting: "Mr. Khan, who does not know me, viciously attacked me from the stage of the DNC."

The remarks, and Trump's refusal to apologize for suggesting that Khan's wife stood silently at his side at the convention because she was not allowed to speak, triggered an uproar within his party.