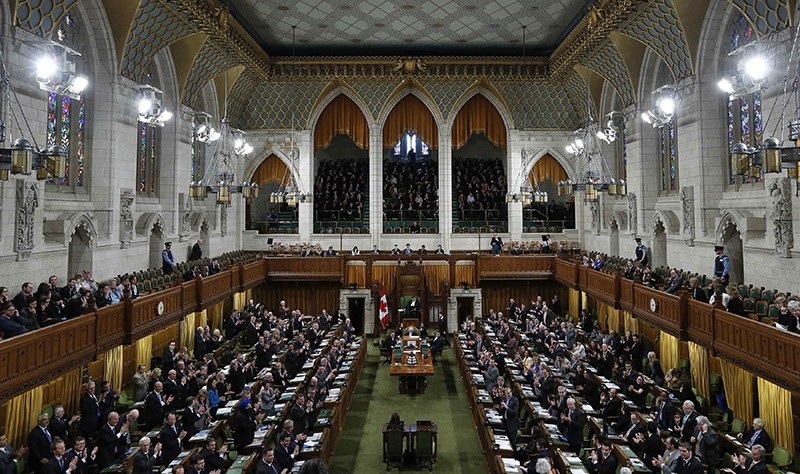 The Canadian Parliament has passed an anti-Islamophobia motion on October 26, amid increasing attacks on mosques and Muslim communities in the country and throughout the world. The motion has received almost no attention from Canadian media outlets, to the dismay of the Muslim community living in the country.

According to reports, it took a while for the parliament to adopt the motion, which was brought up after 70,000 Canadian citizens signed an online petition condemning Islamophobia. The petition was launched on June 8, 2016 and was closed for signature on October 6, 2016.

"We, the undersigned, Citizens and residents of Canada, call upon the House of Commons to join us in recognizing that extremist individuals do not represent the religion of Islam, and in condemning all forms of Islamophobia" the petition read.

However, when the motion was brought to the parliament, Conservative Members of the Parliament prevented unanimous consent, to the dismay of many.

Liberal MP from Mississauga Centre Omar Algabra called Conservative attitude 'troubling,' saying that the motion was a non-partisan, positive and symbolic one.

The Communications Director of the National Council of Canadian Muslims Amira Elghawaby said in an op-ed that the rejection of the motion was followed by a series of Islamophobic acts, including anti-Islam posters posted on the University of Calgary Campus, and vandalism of mosques.

"It might be that some MPs haven't seen the numbers. According to Statistics Canada, hate crimes against Muslims in Canada doubled between 2012 and 2014, while hate crimes overall declined" Elghawaby said in her piece.

According to the President of the Canadian Muslim Forum Samer Majzoub, the motion was reintroduced in the parliament after a series of attacks on the Sept-Îles mosque in Montreal.

Majzoub told the Huffingtonpost Canada that the motion can be attributed to 'true Canadian values' and will open new doors.

Multiculturalism and pluralism are regarded as some of the most important values of Canada, which is recognized as one of the most tolerant countries in the world. The Canadian Charter of Rights and Freedoms, which was introduced by Pierre Elliott Trudeau, the late father of Canadian Prime Minister Justin Trudeau, guarantees fundamental rights and freedoms for all Canadians.