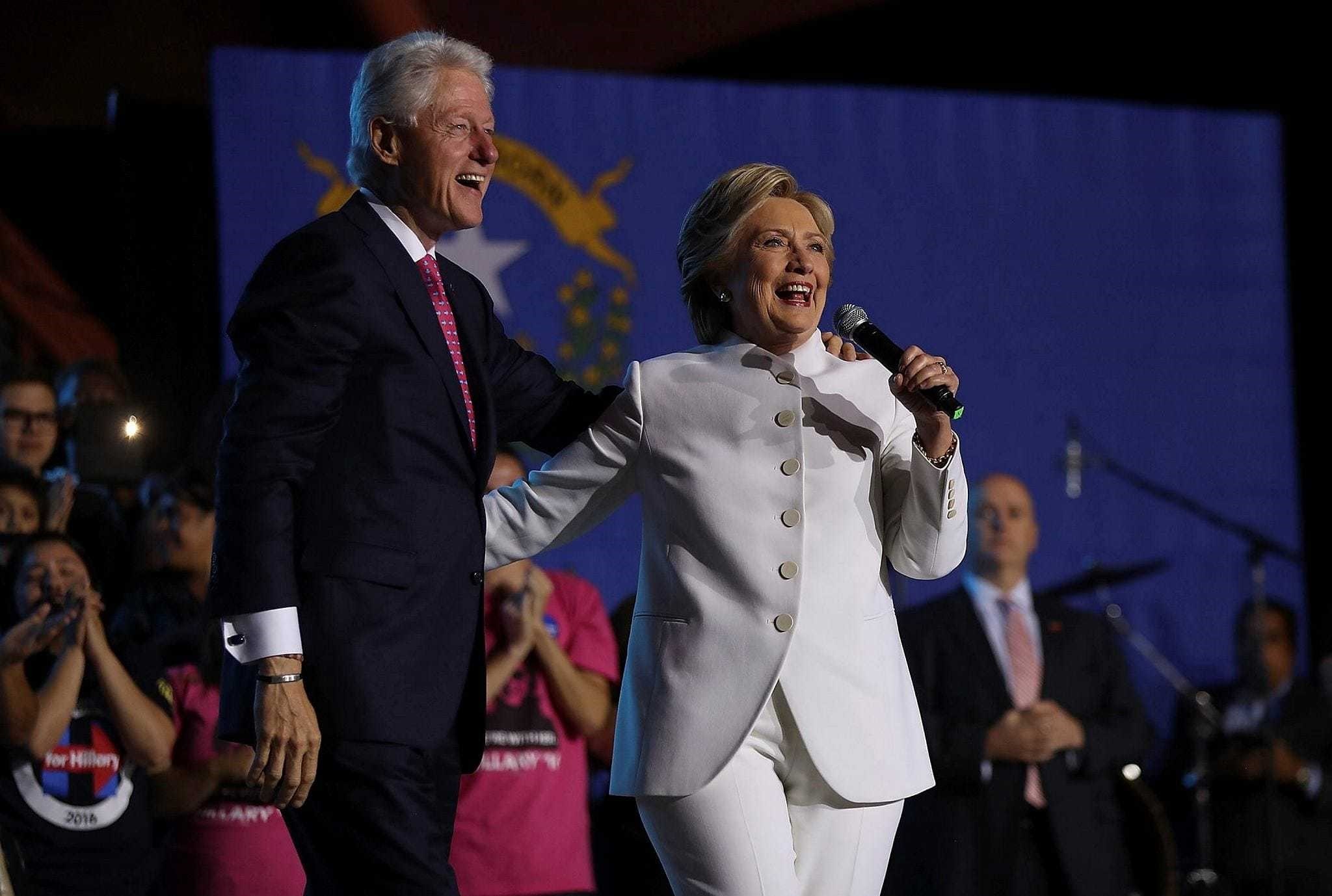 Democratic presidential nominee Hillary Clinton and her husband former U.S. President Bill Clinton speak during a debate watch party on Oct. 19.
by Compiled from Wire Services Nov 03, 2016 12:00 am
The FBI has unexpectedly released documents concerning ex-president Bill Clinton's pardon of the husband of a wealthy Democratic donor, in a surprise move just days before the election in which his wife is seeking to become America's first female president.

The FBI document dump comes as Comey is under fire, from both Democrats and some Republicans, for effectively reopening in recent days the bureau's investigation into Hillary Clinton's use of a private email server.

The release of the heavily redacted 129-page report over the pardon of trader Marc Rich - an investigation that closed in 2005 without charges - triggered questions from Democrats already angered by the FBI's probe into hundreds of thousands of newly uncovered emails possibly linked to Hillary Clinton.

While the Rich documents were published online Monday, they received little notice until they were posted on Tuesday on a Twitter account for the Federal Bureau of Investigation's division managing Freedom of Information Act (FOIA) requests that had had no posts since a year ago, except for a small handful released simultaneously on Sunday.

The FBI said the documents were posted shortly after they were processed, as with FOIA materials requested three or more times.

"Per the standard procedure for FOIA, these materials became available for release and were posted automatically and electronically to the FBI's public reading room in accordance with the law and established procedures," the statement said.

The FBI indicated that this was only a "preliminary" release that could therefore be followed by more.

Rich was indicted on federal charges of tax evasion in the United States. He was a fugitive from the Department of Justice - at a time one of the FBI's most wanted - living in exile in Switzerland at the time of his indictment. He died there in 2013.

In a controversial move, Bill Clinton pardoned him on his last day in office on January 20, 2001. The FBI opened its investigation into the pardon later that year.

A week from the U.S. presidential election two new opinion polls show Donald Trump ahead of Hillary Clinton. The two rivals are barnstorming key states of Florida and Pennsylvania in the final days of the campaign.

The latest polls are released as the Clinton team works to contain damage from the FBI's latest email investigation.

The Washington Post-ABC News poll has Trump on 46 percent to Clinton's 45 percent support - a one-point lead which is within the poll's margin of error.

When third-party candidates are asked which major-party candidate they lean towards, the margin is 48-47 to Clinton, the Washington Post said of its poll, which was carried out from Thursday to Sunday.
RELATED TOPICS