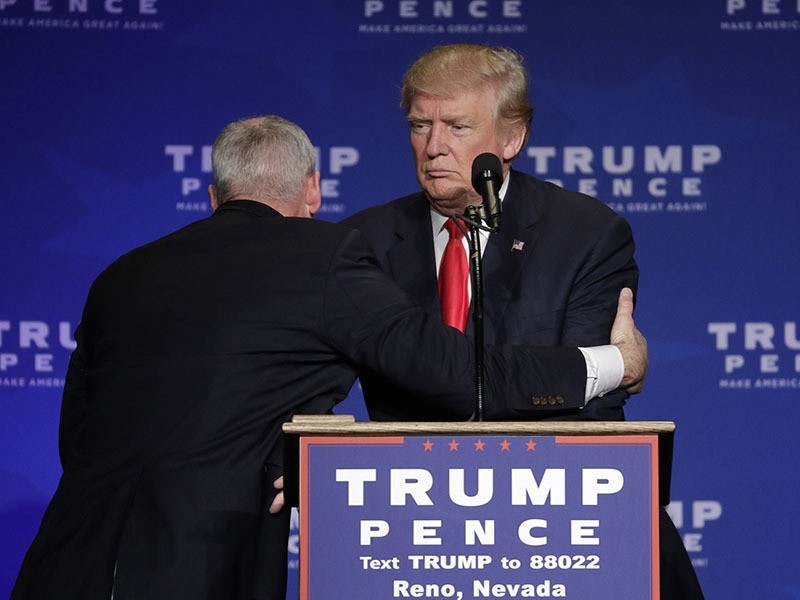 The US Secret Service, which provides security for presidential candidates, later said someone in the crowd had shouted "gun" but that no weapon was found.

Trump swiftly resumed his speech in Reno, Nevada, and local media reported that a suspect who was wrestled to the floor during the incident had been released.

The 70-year-old real estate tycoon reappeared just minutes after being led away by Secret Service officers, who shielded his body with their own.

Minutes later, he reappeared to cheers, declaring: "Nobody said it was going to be easy for us, but we will never be stopped, never ever be stopped.

Just before the fracas, Trump could be seen shielding his eyes from the lights in order to peer into the crowd as a struggle broke out.

There were signs of a fracas in the audience as the agents led Trump away, but once a suspect was in custody Trump returned to resume his stump speech.

"Upon a thorough search of the subject and the surrounding area, no weapon was found," the statement continued.

"A thorough investigation is ongoing at this time by the US Secret Service and the Reno Police Department."

Television footage showed a suspect pinioned on the ground by officers and searched, before he was led away by local law enforcement, including an armed response team in tactical dress with rifles.

The candidate appeared unrattled and spoke with his usual self-confidence, finishing his planned remarks and accepting applause before returning to his plane safely.

In a campaign statement, Trump thanked the Secret Service "and the law enforcement resources in Reno and the state of Nevada for their fast and professional response."

This is the second time that Trump has been bundled off stage by security during the long and sometime tense campaign, and his events are often disrupted by protesters.