Clinton says US owes Trump an 'open mind', offers to work with him 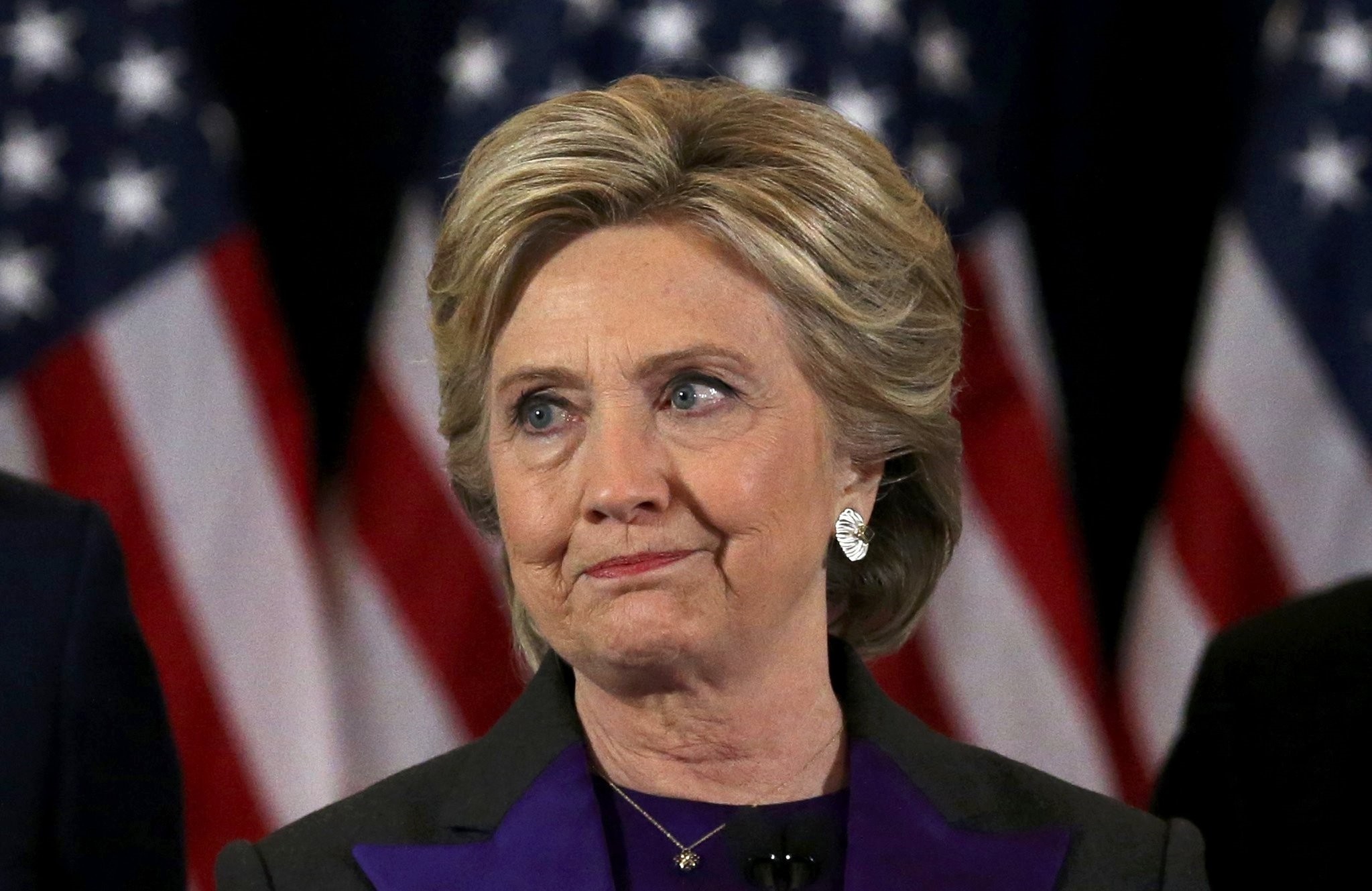 Hillary Clinton addresses her staff and supporters about the results of the U.S. election at a hotel in the Manhattan borough of New York, U.S., November 9, 2016. (REUTERS Photo)
by Compiled from Wire Services Nov 09, 2016 12:00 am

Democratic presidential candidate Hillary Clinton on Wednesday conceded her election loss to Republican Donald Trump and said she offered to work with the president-elect.

"Last night I congratulated Donald Trump and offered to work with him on behalf of our country. I hope that he will be a successful president for all Americans," Clinton told supporters and staff at a Manhattan hotel.

Standing before a crowd of crestfallen but cheering supporters, she said, "This is painful and it will be for a long time."

Trump's triumph over Clinton, not declared until well after midnight, will end eight years of Democratic dominance of the White House. He'll govern with Congress fully under Republican control and lead a country deeply divided by his rancorous campaign against Clinton. He faces fractures within his own party, too, given the numerous Republicans who either tepidly supported his nomination or never backed him at all.

As he claimed victory early Wednesday, Trump urged Americans to "come together as one united people."

That sentiment was echoed by the GOP House Speaker Paul Ryan, who had been a reluctant Trump supporter. "This needs to be a time of redemption, not a time of recrimination," Ryan said in a news conference. He also said Trump had earned a "mandate" to enact his agenda.

Clinton, who had hoped to become the first woman to be elected president, called her Republican rival to concede but did not plan to speak publicly until Wednesday morning. She was leading the nationwide popular vote, though some states were still counting ballots.

President Barack Obama called Trump to congratulate him and invited the Republican to a meeting at the White House Thursday to discuss transition. Obama also called Clinton to convey his admiration for the "strong campaign she waged throughout the country," White House spokesman Josh Earnest said.

Obama planned a televised statement Wednesday on "what steps we can take as a country to come together after this hard-fought election season," the White House said.

Trump, who spent much of the campaign urging his supporters on as they chanted "lock her up," said the nation owed Clinton "a major debt of gratitude" for her years of public service. Trump campaign manager Kellyanne Conway said Obama and Trump had "a very nice talk" when the president called him.

The Republican blasted through Democratic strongholds of Pennsylvania and Wisconsin, states that hadn't voted for a GOP presidential candidate since the 1980s. He needed to win nearly all of the competitive battleground states, and he did just that, including Florida, Ohio, North Carolina and others.

A New York real estate developer who lives in a sparkling Manhattan high-rise, Trump forged a striking connection with white, working class Americans who feel left behind in a changing economy and diversifying country. He cast immigration, both from Latin America and the Middle East, as the root of problems plaguing many Americans and tapped into fears of terrorism emanating at home and abroad.

Senate control means Trump will have great leeway in appointing Supreme Court justices, which could shift the bench to the right for decades.

Trump has pledged to usher in sweeping changes to U.S. foreign policy, including building a wall along the U.S.-Mexico border and suspending immigration from countries with terrorism ties. He has praised Russian President Vladimir Putin and spoken of building a better relationship with Moscow, worrying some in his own party who fear he'll go easy on Putin's provocations.

Putin sent him a telegram of congratulations.

Trump upended years of political convention on his way to the White House, leveling harsh personal insults against his rivals, deeming Mexican immigrants rapists and murderers, and vowing to temporarily suspend Muslim immigration to the U.S. He never released his tax returns, breaking with decades of campaign tradition, and eschewed the kind of robust data and field efforts that helped Obama win two terms in the White House, relying instead on his large, free-wheeling rallies to energize supporters. His campaign was frequently in chaos, and he cycled through three campaign managers.

Conway, his final campaign manager, touted the team's accomplishments as the final results rolled in, writing on Twitter that "rally crowds matter" and "we expanded the map."

Clinton faced persistent questions about her honesty and trustworthiness. Those troubles flared anew late in the race, when FBI Director James Comey announced a review of new emails from her tenure at the State Department. Just two days before Election Day, Comey said there was nothing in the material to warrant criminal charges against Clinton.

Trump will inherit an anxious nation, deeply divided by economic and educational opportunities, race and culture.

Exit polls underscored the fractures - women nationwide supported Clinton by a double-digit margin, while men were significantly more likely to back Trump. More than half of white voters backed the Republican, while nearly 9 in 10 blacks and two-thirds of Hispanics voted for the Democrat.