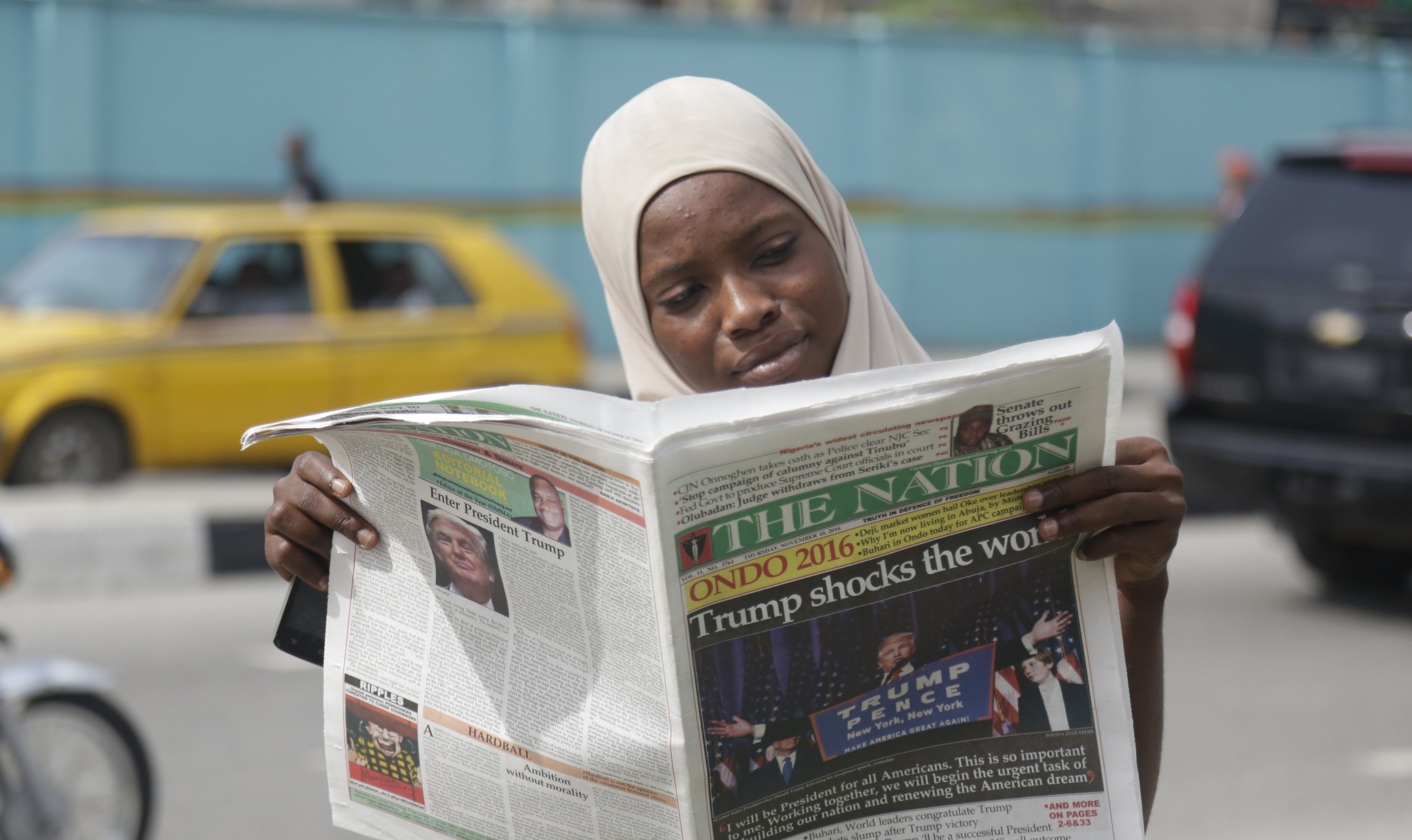 A muslim woman reads a newspapers on a street reporting with headline ,Trump shocks the world, to refer to U.S President-elect Trump's victory in Lagos, Nigeria, Nov. 10, 2016. (AP Photo)
by Nov 10, 2016 12:00 am
Some of the most controversial proposals Donald Trump made while running for U.S. president were erased from his campaign website by Thursday, including his call to ban Muslims from entering the country and his promise to cancel the Paris Climate Agreement.

The link to his Dec. 7 proposal titled: "Donald J. Trump statement on Preventing Muslim Immigration," in which he called for "a total and complete shutdown of Muslims entering the United States" vanished, along with his list of his potential Supreme Court justice picks as president and certain details of his economic, defense and regulatory reform plans.

The links, which now redirect readers to a campaign fundraising page, appear to have been removed around Election Day on Tuesday, when Trump won a historic upset against Democratic rival Hillary Clinton, according to a website that records historic snapshots of web pages.

In an appearance on CNBC on Thursday, Saudi Prince Al-Waleed bin Talal praised Trump for removing the Muslim ban proposal from his website and also said Trump had deleted statements offensive to Muslims from his Twitter account.

Several tweets attacking Muslims that Trump sent while campaigning for president remained in his feed on Thursday, however, including a March 22 tweet in which Trump wrote:

"Incompetent Hillary, despite the horrible attack in Brussels today, wants borders to be weak and open-and let the Muslims flow in. No way!"

A Nov. 30, 2015 tweet from a supporter which Trump quoted in a tweet of his own repeated the claim that Muslims celebrated the attacks of Sept. 11, 2001, and suggested Trump include footage of the celebrations in his political ads.

At a news conference with other civil rights leaders on Thursday, Samer Khalaf, president of the American-Arab Anti-Discrimination Committee, said the group was still worried about Trump's policies' effects on Muslims.

"We thank him for removing those words," Khalaf said, referring to the Muslim ban proposal, "but you know what, words are one thing, actions are something totally different." 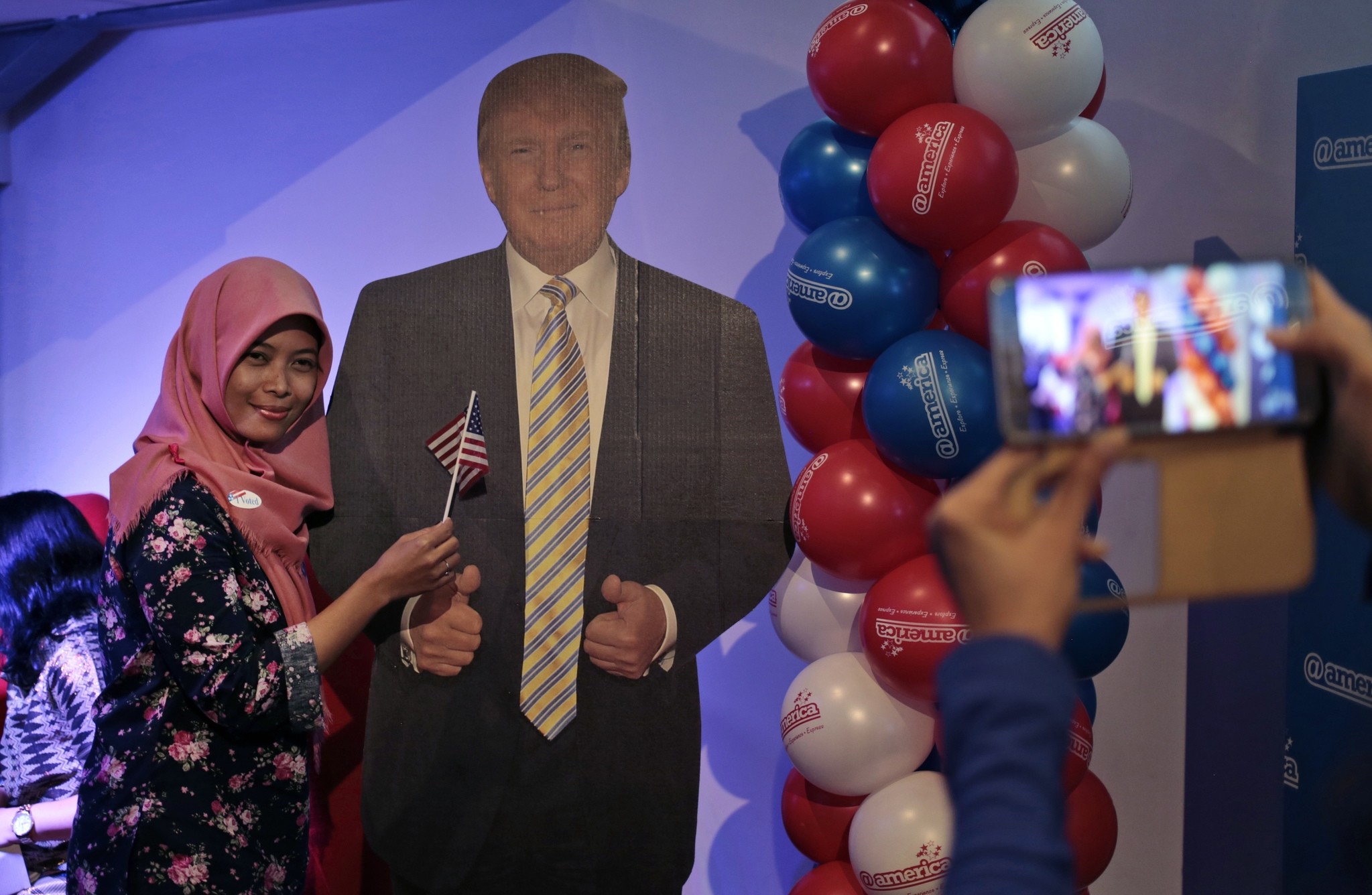 Most of Trump's core policy positions remained on his website, including his central immigration promise to build an "impenetrable physical wall" on the border with Mexico and make Mexico pay for its construction.

It was not the first time the Trump campaign has made unexplained changes to its site. The campaign this year also replaced the part of the site describing Trump's healthcare policy with a different version. When contacted about it by Reuters in September, the campaign put the original page back up.