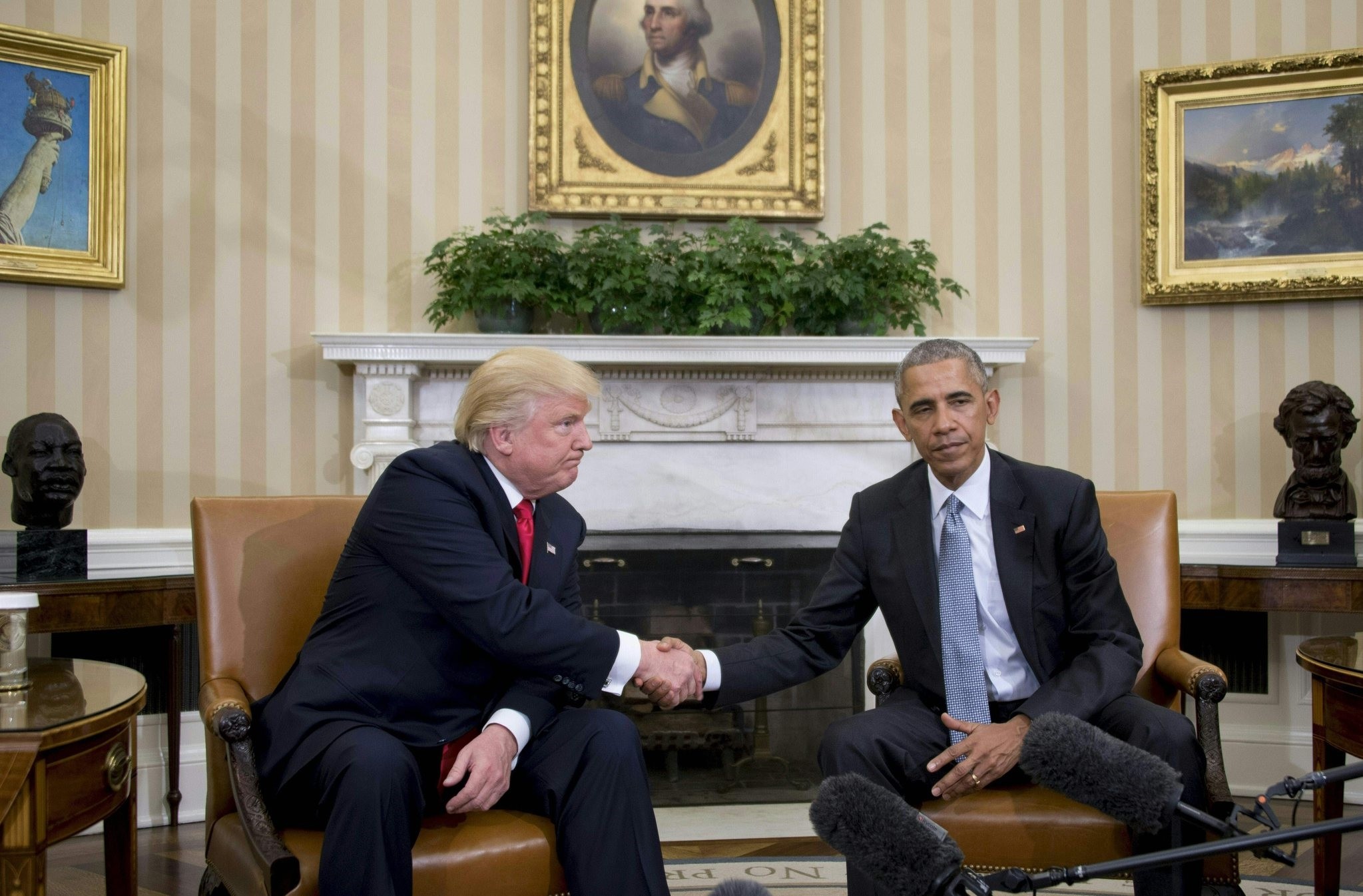 US President Barack Obama shakes hands as he meets with Republican President-elect Donald Trump (L) on transition planning in the Oval Office at the White House on November 10, 2016. (AFP Photo)
by Nov 11, 2016 12:00 am

Obama is expected to meet the leaders of Britain, France and Germany during a visit to Berlin and will hold a bilateral meeting with China's leader on the margins of an Asia-Pacific summit in Lima, Peru, said top Obama advisor Ben Rhodes.

During the long election campaign, he called into question long-standing alliances, global agreements on climate and Iran's nuclear program, and appeared to side with Russia on key policy issues.

"We expect the election will be the primary topic on everyone's minds, wherever we go," said Rhodes.

The White House wants to stress that through previous administrations, Republican and Democratic presidents have held fast to alliances with allies in Europe, Japan and South Korea.

"There are certain things that have endured for decades," said Rhodes.

But he acknowledged "the incoming administration will make its own determinations."

In Athens, Greece, the birthplace of democracy, Obama will deliver a speech that now throbs with historical significance.

Across America and the world, questions are being raised about Trump's respect for the rule of law and the separation of powers.

Rhodes said that Obama would address "the need to respond effectively to the issues that have been raised by globalization."

That, he said, includes the fallout from Britain's vote to leave the European Union and America's own election.