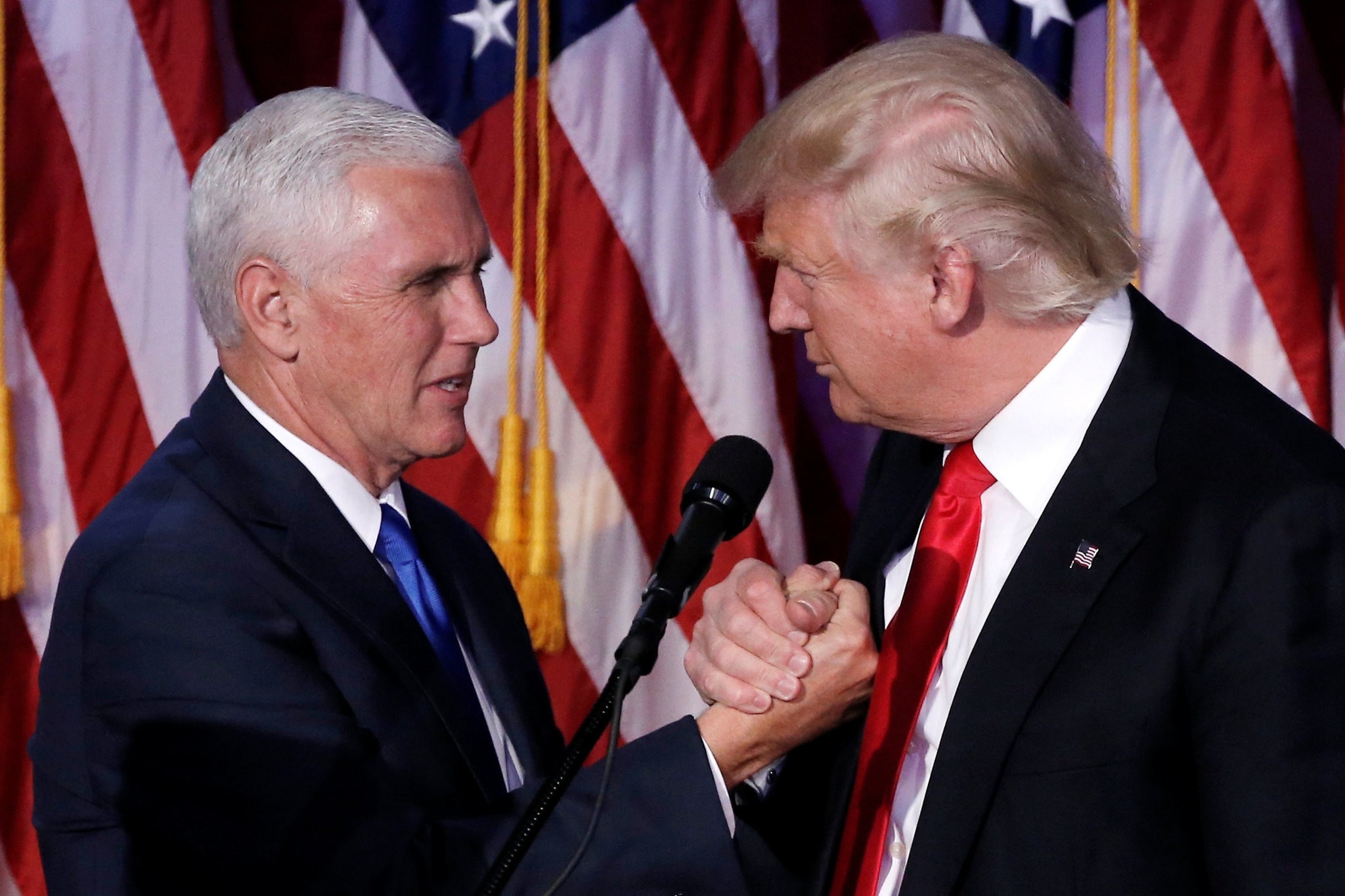 U.S. President-elect Donald Trump is shaking up his transition team as he plunges into the work of setting up his administration, elevating Vice President-elect Mike Pence to head the operations. It amounts to a demotion for New Jersey Gov. Chris Christie, who had been running Trump's transition planning for months.

On the heels of Trump's upset victory this week, the Republican's team has been scrambling to identify people for top White House jobs and Cabinet posts. It's an enormous undertaking that must be well in hand by the time Trump is inaugurated on Jan. 20.

In a statement Friday, Trump said Pence would "build on the initial work" done by Christie.

"Together, we will begin the urgent task of rebuilding this nation — specifically jobs, security and opportunity," Trump said.

Christie was a loyal adviser to Trump for much of the campaign and came close to being the businessman's pick for running mate. But Trump ultimately went with Indiana Gov. Pence, a former congressman with Washington experience and deep ties to conservatives.

For Trump, who ran on a pledge to "drain the swamp" of Washington insiders, the team is strikingly heavy on those with long political resumes.

In addition, three of Trump's adult children — Don. Jr., Eric and Ivanka — are on the transition executive committee, along with Jared Kushner, Ivanka's husband. Kushner played a significant role in Trump's campaign and was spotted at the White House Thursday meeting with President Barack Obama's chief of staff.

Pence said the transition staff is made up of the right people to "bring about fundamental change in Washington."

After ending his own failed campaign for president, Christie emerged as one of Trump's most enthusiastic supporters. He nearly became Trump's running mate but was edged out by Pence.

Trump and Christie grew apart through the last stretch of the campaign. The governor became increasingly frustrated that Trump wouldn't listen to his advice, particularly over the response to the release of a 1995 video in which the businessman is heard making predatory comments about women.

Christie is also facing calls for impeachment in New Jersey following the conviction of two former aides in the George Washington Bridge lane-closing trial. Christie has denied any knowledge of the lane closures until weeks or months after they occurred in September 2013.

The governor was notably absent from the steady stream of advisers entering Trump's eponymous skyscraper in New York for meetings Friday. Among the first decisions facing the president-elect is whom to choose as chief of staff, a key post that will set the tone for Trump's White House and be a key conduit to Capitol Hill and Cabinet agencies.

Trump is said to be considering Steve Bannon, his campaign chairman and a conservative media executive, and Republican National Committee Chairman Reince Priebus for the role. Neither has significant policy experience, though Priebus is well-liked in Washington and has deep ties with key lawmakers.

Kellyanne Conway, Trump's campaign manager, is also said to be in the mix for a senior job. Conway is a veteran Republican pollster who formed a strong rapport with the candidate after taking the helm of his campaign in the general election.

While Trump has long led a large business, the scope of the federal government exceeds any of his previous endeavors. Those around Trump, who is known as a hands-on executive, say he'll likely have to make adjustments in his leadership style and decision-making, including more delegating.

Trump has chafed at that a bit, but he has signaled willingness to relinquish some but not all, personal control. He also seems reluctant to expand his core group of aides beyond the inner circle with whom he feels comfortable.