Hundreds of people evacuated from NY mall over reports of shots 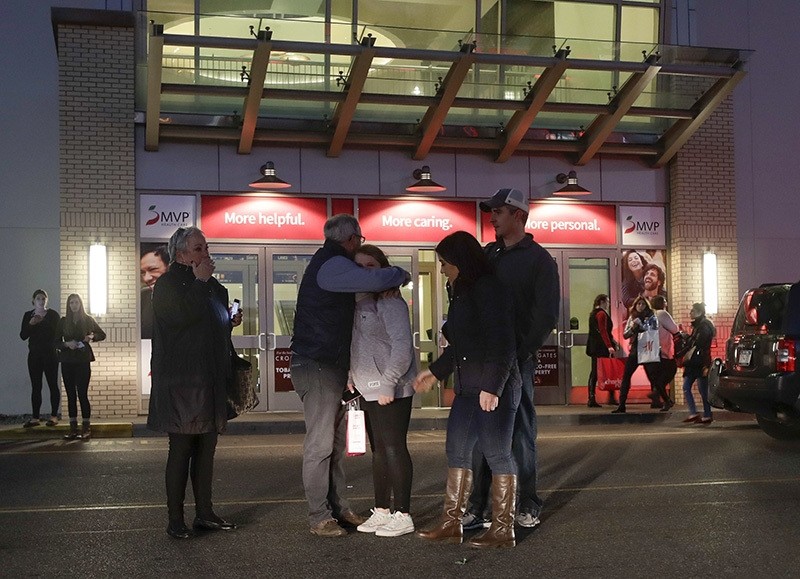 Hundreds of shoppers at a crowded mall fled in panic amid gunfire that erupted near an Apple store in suburban Albany.

There were no immediate reports of injuries in the violent melee Saturday at Crossgates Mall in Guilderland, Police Chief Carol Lawlor said.

More than 100 officers with assault rifles were deployed "because a shooter may still be in the mall," she said about six hours after the shooting.

Witnesses told law enforcement authorities they heard one, possibly two, shots fired at about 2:30 p.m. near the Apple store on the street level, Lawlor said.

Authorities with SWAT teams were searching for suspects into the night, the chief said.

Police locked down the mall, one of the largest in New York, with 250 stores and restaurants. Both shoppers and employees already inside businesses were instructed to shelter in place. A police helicopter flew overhead while investigators checked security cameras for clues they hoped would lead to suspects.

They were examining footage that showed a man in a white shirt and black hoodie near the shooting scene.

Mall management is working with authorities, Lawlor said, "and hopefully we'll bring this to a successful conclusion."

She said the mall could open Sunday, "but we're not done yet."