Democrats in US Senate choose Schumer new leader; no change for Republicans 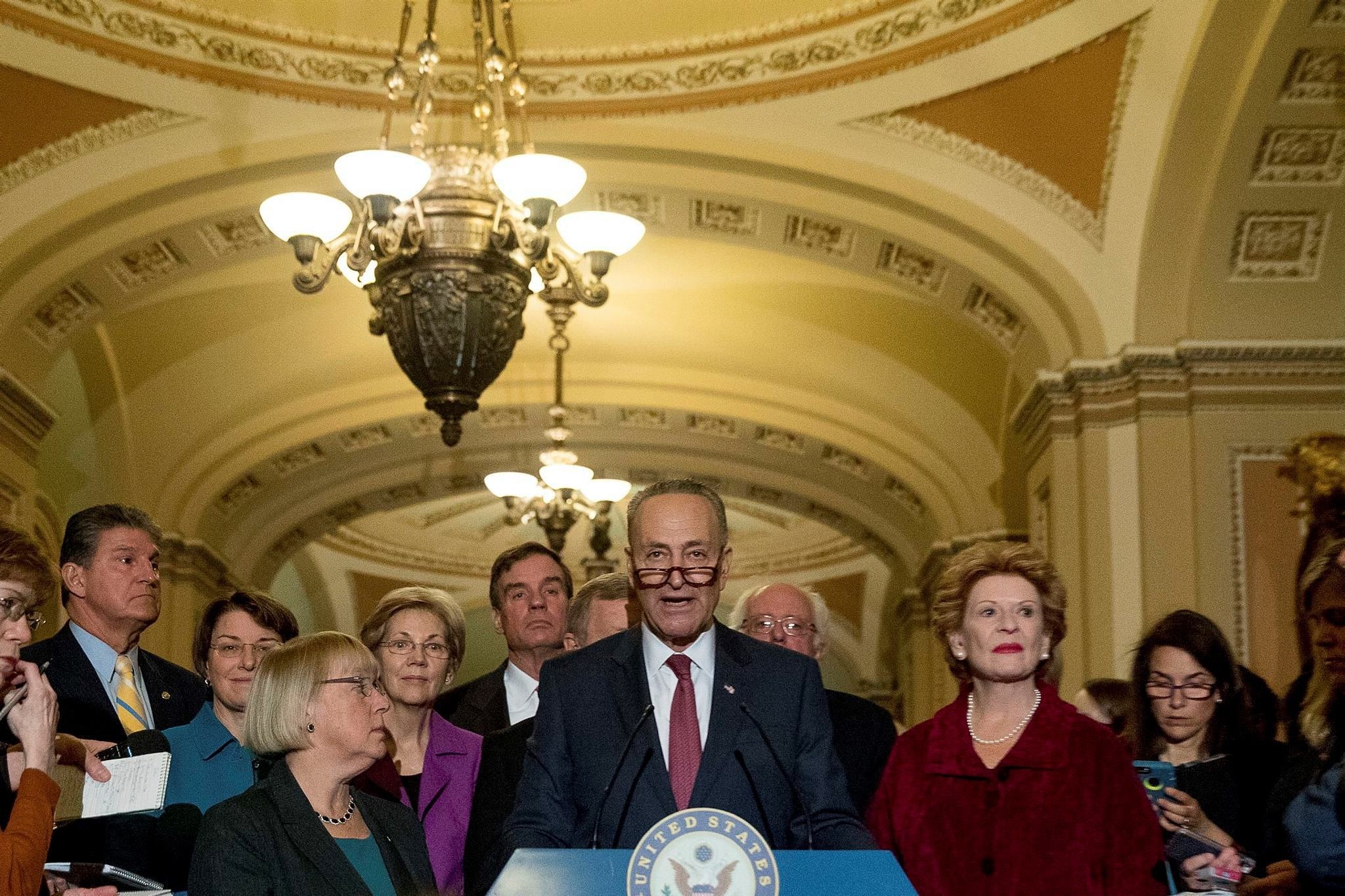 U.S. Senate Republicans re-elected Mitch McConnell of Kentucky on Wednesday to be majority leader next year, keeping the tough legislative tactician at the forefront when the new Congress begins working on Donald Trump's agenda.

The chamber's Democrats replaced their departing leader with Sen. Chuck Schumer, meaning the New Yorker will be Washington's most powerful Democrat as the party confronts a Republican-dominated government.

"Where we can work together we will," Schumer told reporters about his expected relationship with Trump, a fellow New Yorker with whom he shares a fondness for TV soundbites and sharp elbows. But Schumer said he's also told the president-elect, "On issues where we disagree, you can expect a strong and tough fight."

With Democrats just beginning to study why last week's election turned so badly against them, Schumer announced a 10-member leadership team. It ranged from liberals like Sens. Elizabeth Warren of Massachusetts and Bernie Sanders, the Vermont independent, to moderates like West Virginia's Joe Manchin and Virginia's Mark Warner.

Noticeably absent: a leader of the Democratic Senatorial Campaign Committee for the upcoming two-year political cycle, which is stacked against the party.

Democrats and independents backing them will have to defend 25 seats, compared with just eight Republican ones, and many of the Democrats will be running in states that Trump carried easily like North Dakota, Montana and West Virginia.

Both parties picked their leaders following an election that saw the Republican Trump unexpectedly capture the White House and the GOP suffer only minor losses while retaining House and Senate control.

Yet even as both parties agree that voters were demanding change, both parties' key Senate posts remained largely unchanged. Schumer was the key exception, but his ascension to replace the retiring Minority Leader Harry Reid, D-Nev., was long expected.

McConnell and Schumer were elected unanimously at separate closed-door meetings.

McConnell is widely popular among his GOP colleagues and his selection was never in doubt. The 74-year-old has a genteel manner but has proven to be a coolly effective leader, steering his party through a long battle over a Supreme Court vacancy and the stormy — though ultimately successful — presidential candidacy of Trump.

McConnell was Senate minority leader for eight years before becoming majority leader when the GOP took control in 2015.

He's pushed a conservative agenda while cutting budget deals with President Barack Obama. And he enraged Democrats by refusing to let the Senate consider Obama's nomination of federal judge Merrick Garland to fill a Supreme Court vacancy that occurred last February. That move paid dividends when Trump was elected.

McConnell distanced himself from Trump during the campaign, at times flatly refusing to discuss the race with reporters. But he says he's ready to work with him.

Underscoring the GOP's openness toward Trump, Sen. Deb Fischer, R-Neb., said, "Mr. Trump is ready to get to work and we're there with him." Fischer initially called on Trump to end his candidacy because of his crude comments about women and then reversed herself.

Schumer, 65, has been No. 3 Democratic leader and vaulted over No. 2 leader Dick Durbin of Illinois, who will remain in that slot.

Schumer will lead Democrats' last line of defense against the Trump White House and GOP-controlled House. Senate Democrats — outnumbered 52-48, including two independents who back Democrats — could prevent McConnell from getting the 60 votes he'll need on some important issues.

It won't always be possible for Schumer to keep Senate Democrats together because many of them will seek re-election in two years from GOP-leaning states.

Schumer has a history of being a savvy partisan combatant willing to strike compromises, such as on a 2013 bipartisan immigration overhaul that ended up dying.

The lack of drama as senators chose their leaders was the opposite of the House, where both parties' leadership elections have been more theatrical.

In a letter seeking support from Democratic colleagues, Pelosi said Democrats must be "a strong voice for hard-working families" and "must be unified, strategic and unwavering." She said she is already backed by two-thirds of Democrats — more than enough to win.