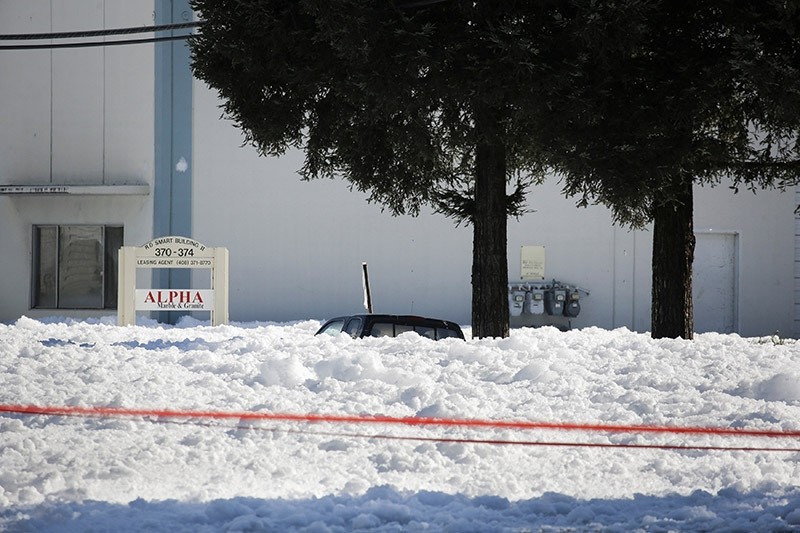 Fire retardant foam is seen covering a city street and almost covering a car in California. (Reuters Photo)
by Nov 19, 2016 12:00 am

A giant moving blob of foam filled a street in Santa Clara, California, providing hours of entertainment after a snafu at a fire-suppression system in an airport hangar.

The outlet said the foam was at least 10 feet (three meters) tall at one point as it spilled out of the building, a new private jet hangar at San Jose airport, and filled the equivalent of an entire city block.

One man biked through it, emerging covered in the white stuff.

The San Jose Fire Department said the foam, a fire retardant usually used to put out blazes, oozed out due to an alarm malfunction.

"Aqueous Film Forming Foam from a deluge foam system at the airport," it said on Twitter, accompanying the description with a video.