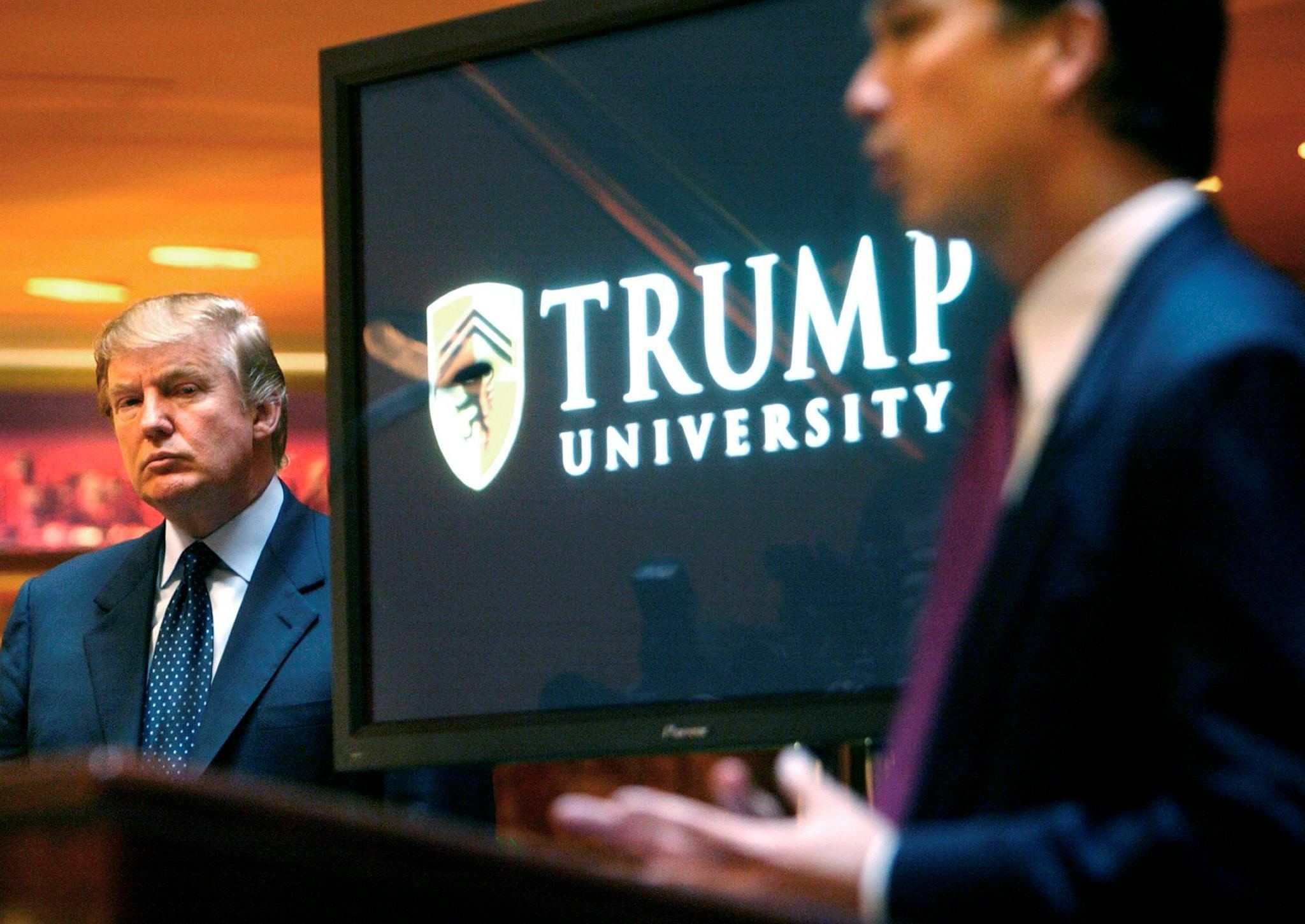 Donald Trump, left, listens as Michael Sexton introduces him at a news conference in New York where he announced the establishment of Trump University. (AP Photo)
by Associated Press Nov 19, 2016 12:00 am

The U.S. President-elect Donald Trump has agreed to a $25 million settlement to resolve three lawsuits over Trump University, his former school for real estate investors.

The suits allege that Trump University failed to deliver on its promise to teach success in real estate through programs that cost up to $35,000. They say the program misled students by calling itself a university when it wasn't an accredited school and by saying that Trump "hand-picked" instructors.

Messages left with several of Trump's attorneys and a spokeswoman were not returned Friday.

Trump has strongly denied the allegations and said during the campaign that he wouldn't settle. He told supporters at a May rally that he would come to San Diego to testify after winning the presidency.

"I could have settled this case numerous times, but I don't want to settle cases when we're right. I don't believe in it. And when you start settling cases, you know what happens? Everybody sues you because you get known as a settler. One thing about me, I am not known as a settler," Trump said at the time.

The deal does not require Trump to acknowledge wrongdoing.

Schneiderman said the $25 million to be paid by Trump or one of his business entities includes restitution for victims and $1 million in penalties to the state.

"Donald Trump fought us every step of the way, filing baseless charges and fruitless appeals and refusing to settle for even modest amounts of compensation for the victims of his phony university. Today, that all changes," Schneiderman said in a statement. He called the settlement "a stunning reversal by Donald Trump and a major victory for the over 6,000 victims of his fraudulent university."

A federal judge in California had been set Friday to consider arguments on Trump's latest request to delay a trial until after Trump's inauguration on Jan. 20.

Trump's attorneys said in a court filing last week that preparations for the White House were "critical and all-consuming." Six months ago, when they unsuccessfully sought a delay until after Inauguration Day, lead attorney Daniel Petrocelli said the period between the election and swearing-in is extremely hectic for a president-elect but that it was preferable to a trial during the campaign.

"The task is momentous, exceedingly complex, and requires careful coordination involving the respective staffs and teams of both President (Barack) Obama and President-Elect Trump," Trump's attorneys wrote. "In fewer than three months, the President-Elect must be prepared to manage 15 executive departments, more than 100 federal agencies, 2 million civilian employees, and a budget of almost $4 trillion."

Trump's attorneys also raised the prospect of having the president-elect testify by video recording before the trial begins in the class-action lawsuit on Nov. 28.