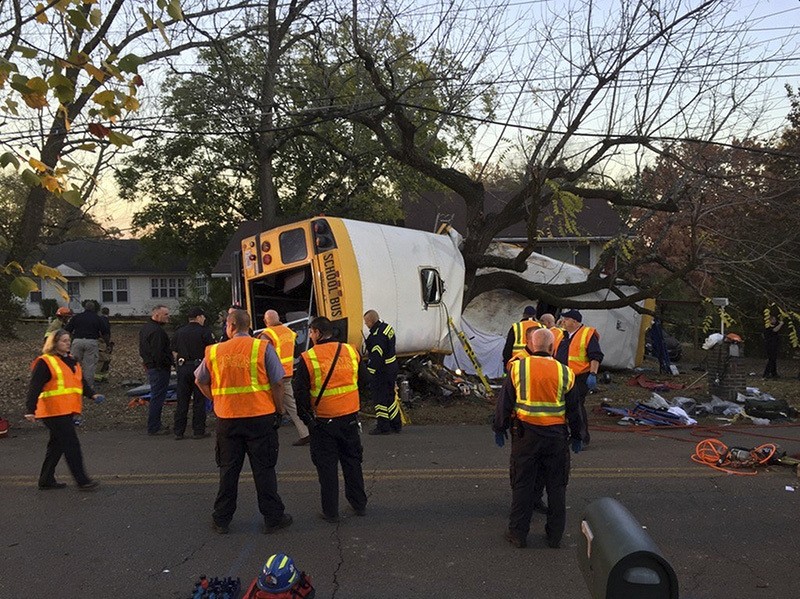 At least six children were killed Monday in a school bus crash in the U.S. state of Tennessee, local media reported.

The school bus, carrying 35 students from Woodmore Elementary, was mangled around a tree at the scene.

The district attorney said six people were dead in an elementary school bus crash in Chattanooga.

Hamilton County District Attorney Neal Pinkston told media outlets that five people died at the scene and one died at the hospital. Melydia Clewell, spokeswoman for the district attorney, confirmed the number.

Police say the ages of the students ranged from kindergarten through fifth grade.

Emergency crews took more than two hours to get all of the students off the bus, which had fallen onto its side and 23 were taken to hospital.

Chattanooga police chief Fred Fletcher said the accident site was being treated as a crime scene.

The driver was being questioned and was cooperating with police who were examining whether speed or alcohol had caused the crash.

"Certainly speed is being investigated very, very strongly as a factor in the crash," Fletcher told reporters.