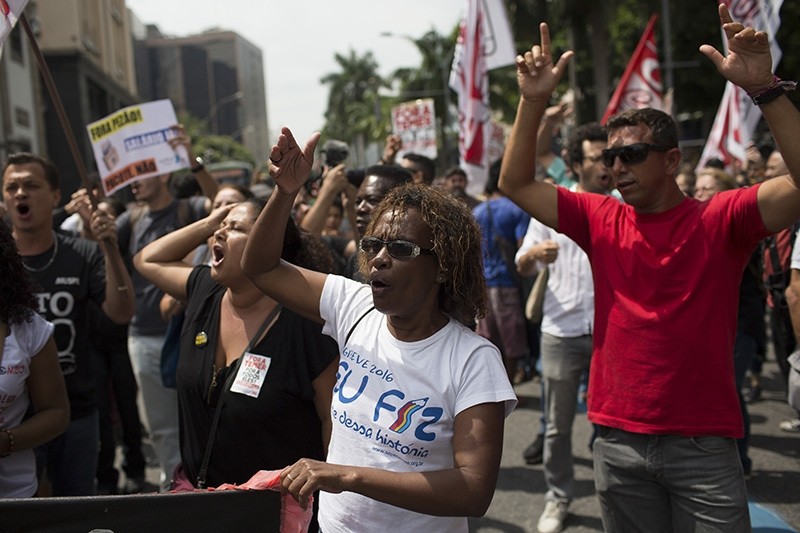 Many of the protesters included state employees who said they have not been paid in weeks.

Demonstrations were peaceful but police blocked the entrance to the legislature to prevent any attempt by protesters to break into the compound. Last week, clashes occurred at the building between protesters and police.

Protests have lasted for weeks as local legislators try to reach a deal on measures to end a growing financial crisis in one of the most important cities in the Latin American country.

The Legislative Assembly on Tuesday removed four of the 22 measures on the agenda that were part of a fiscal adjustment presented by the regional government to address the crisis.

Some of the measures rejected were proposals to eliminate public departments, the transfer of staff to other entities or mass layoffs.

Rio residents blame economic conditions on corruption while others believe the government exceeded expenses for the summer Olympic Games in Rio.