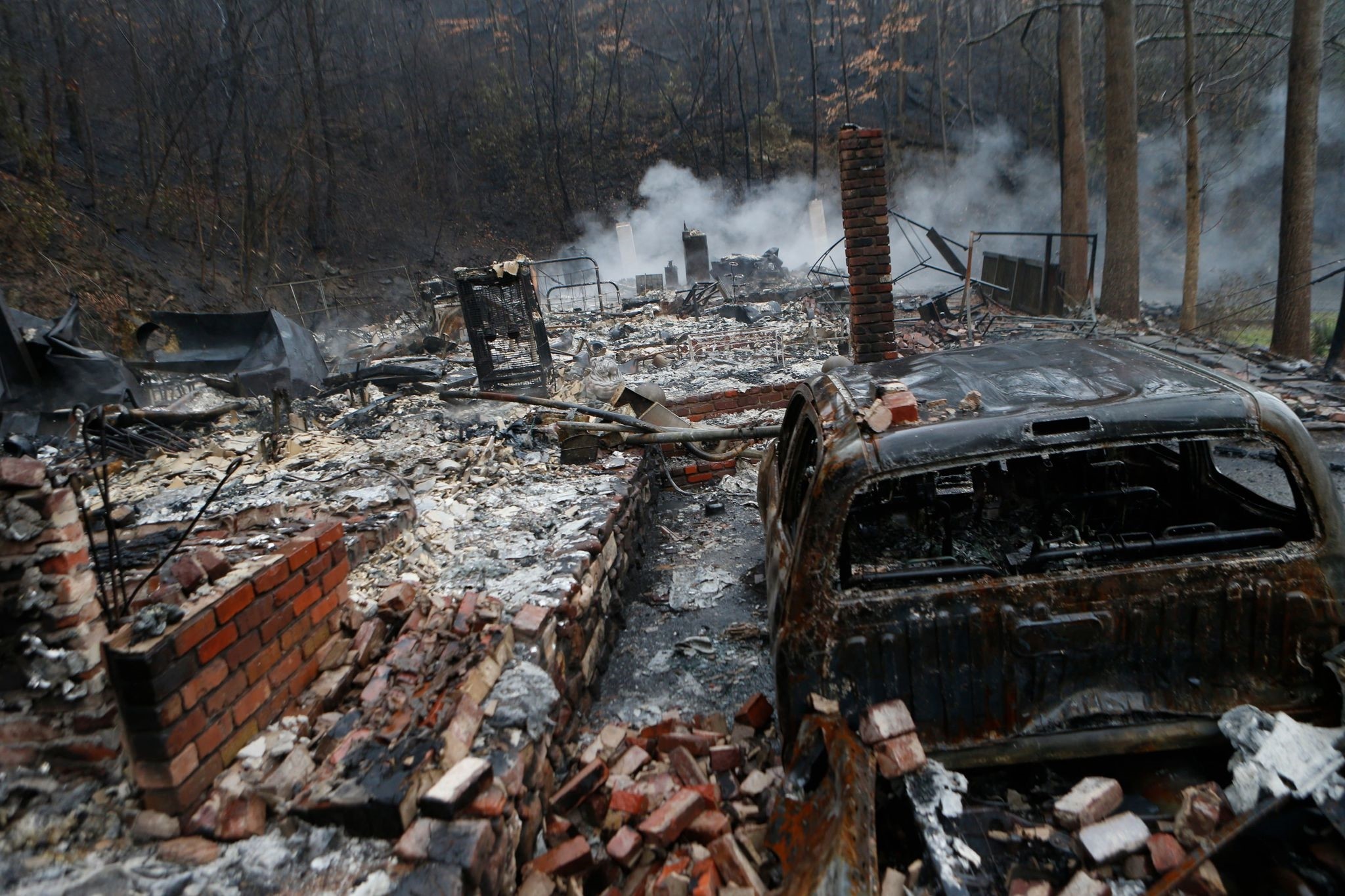 Three more bodies were found in the ruins of wildfires that torched hundreds of homes and businesses in the Great Smoky Mountains area, raising the death toll to seven, a Tennessee mayor said Wednesday.

Search-and-rescue missions continued, and Sevier County Mayor Larry Waters said they had found three people who had been trapped since the fires started spreading wildly in high winds on Monday night. The mayor said the three were OK.

"That is some good, positive news for a change," he said.

The mayor said authorities are still working to identify the dead and did not release any details about how they were killed. State law enforcement set up a hotline for people to report missing friends and family. Officials have not said how many people they believe are missing. 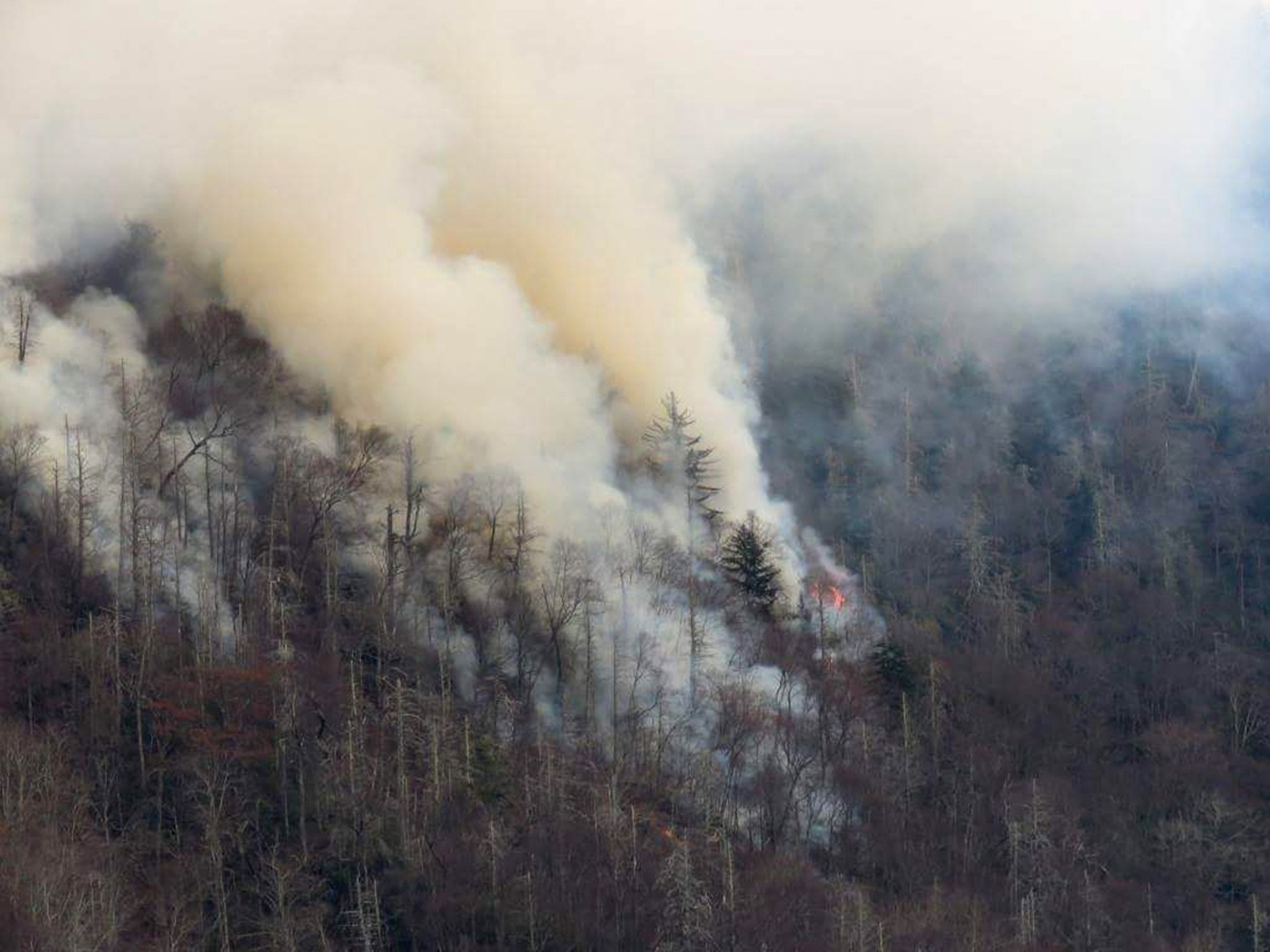 Three brothers being treated at a Nashville hospital said they had not heard from their parents since they were separated while fleeing the fiery scene during their vacation.

Gatlinburg Police Chief Randall Brackins said they have searched about 30 percent or less of the city so far.

More than 14,000 people were evacuated from Gatlinburg on Monday night, and many of them are still nervously awaiting word of when they can get back in the city to see if they still have homes.

Buddy McLean said he watched Monday from a deserted Gatlinburg street as flames surrounded his 26-acre hotel nestled in the mountains.

His grandfather bought the land in 1945, and he developed a subdivision on part of it and built The Lodge at Buckberry Creek about 14 years ago on the mountainside to take advantage of the views of Mount LeConte.

McLean said four rooms were booked and another 15 people were having a private dinner when the hotel's chef and event coordinator told everyone to evacuate.

"I have 35 employees," McLean said. "All of them lost their jobs overnight."

Storms moved through the area Wednesday as part of a system ravaging the Southeast, spawning suspected tornadoes in parts of Alabama and Tennessee, killing five people and injuring more than a dozen.

Officials in the Gatlinburg welcomed the rain but were worried about mudslides, rock slides and high winds knocking trees onto power lines, perhaps creating new fires similar to the deadly ones that sparked Monday night.

Most of those fires had been contained by Wednesday afternoon, but uncertainty remained for a region that serves as the gateway into the Great Smoky Mountains, the country's most visited national park. 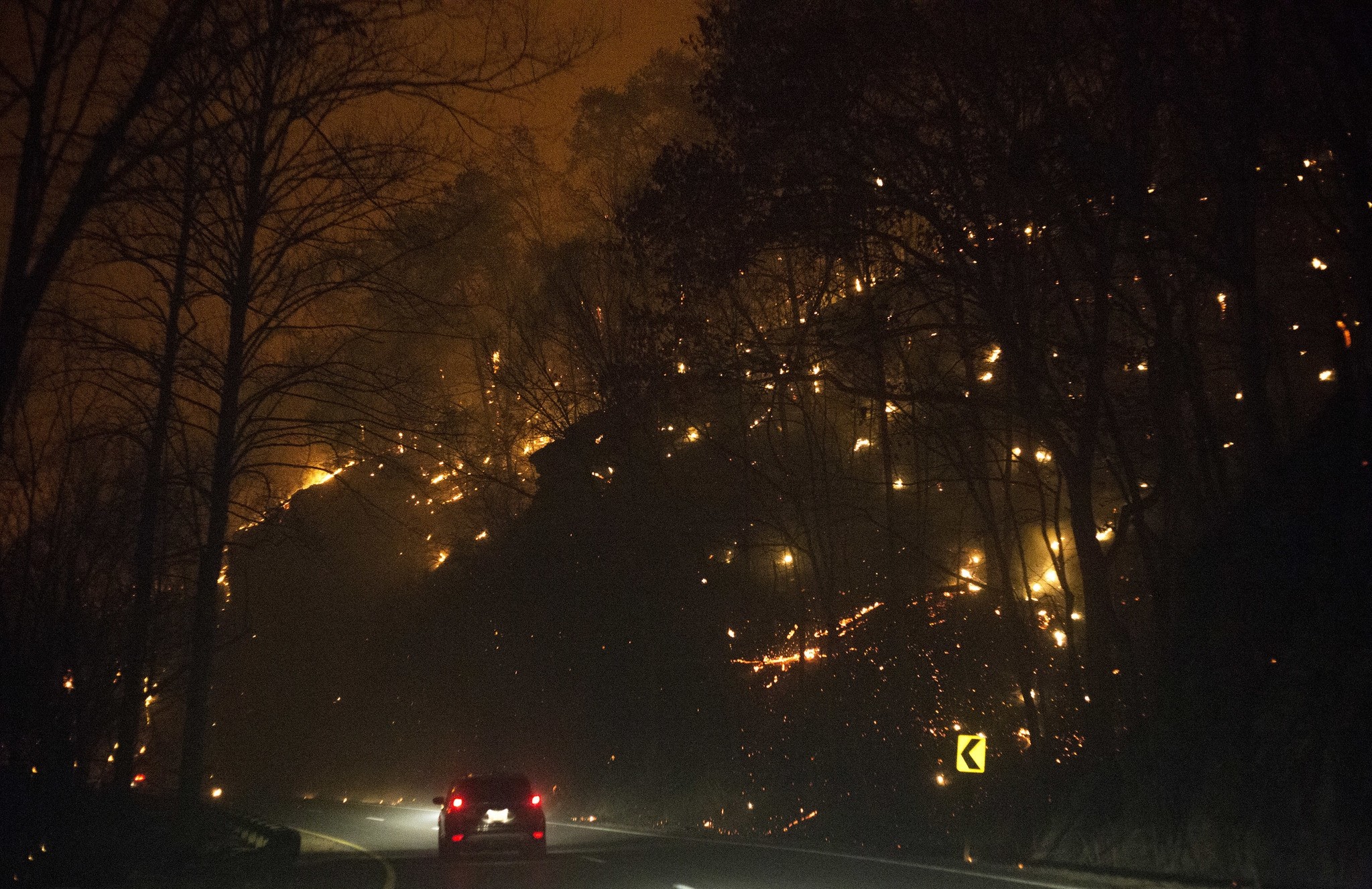 The Rocky Top Sports World complex on the outskirts of town was serving as a shelter. Wolf McLellan stumbled into the facility after a day of wandering the streets. He said he was forced to evacuate a motel where he was staying. He grabbed his guitar, two computers and his social security card and tried to flee with his dog, Kylie.

"She was too scared to move with the smoke and sirens and she just stood there. I didn't want to drag her. I couldn't drag her," he said. "I figured the humane thing to do would be to just cut her loose."

Officials in nearby Pigeon Forge lifted the evacuation order there, but the order still stood in Gatlinburg.

The mayor lost the home that he built himself, two dogs plus all seven of the condominium buildings he owned. In a city built on tourism, Werner has said the biggest thing people can do to help is come back. But for him, there is nothing to come back to.

"I really can't dwell on it that much. I think of others that have lost theirs, and it keeps my mind off of our problems," he said while fighting back tears. "It's really hard, it's really tough."