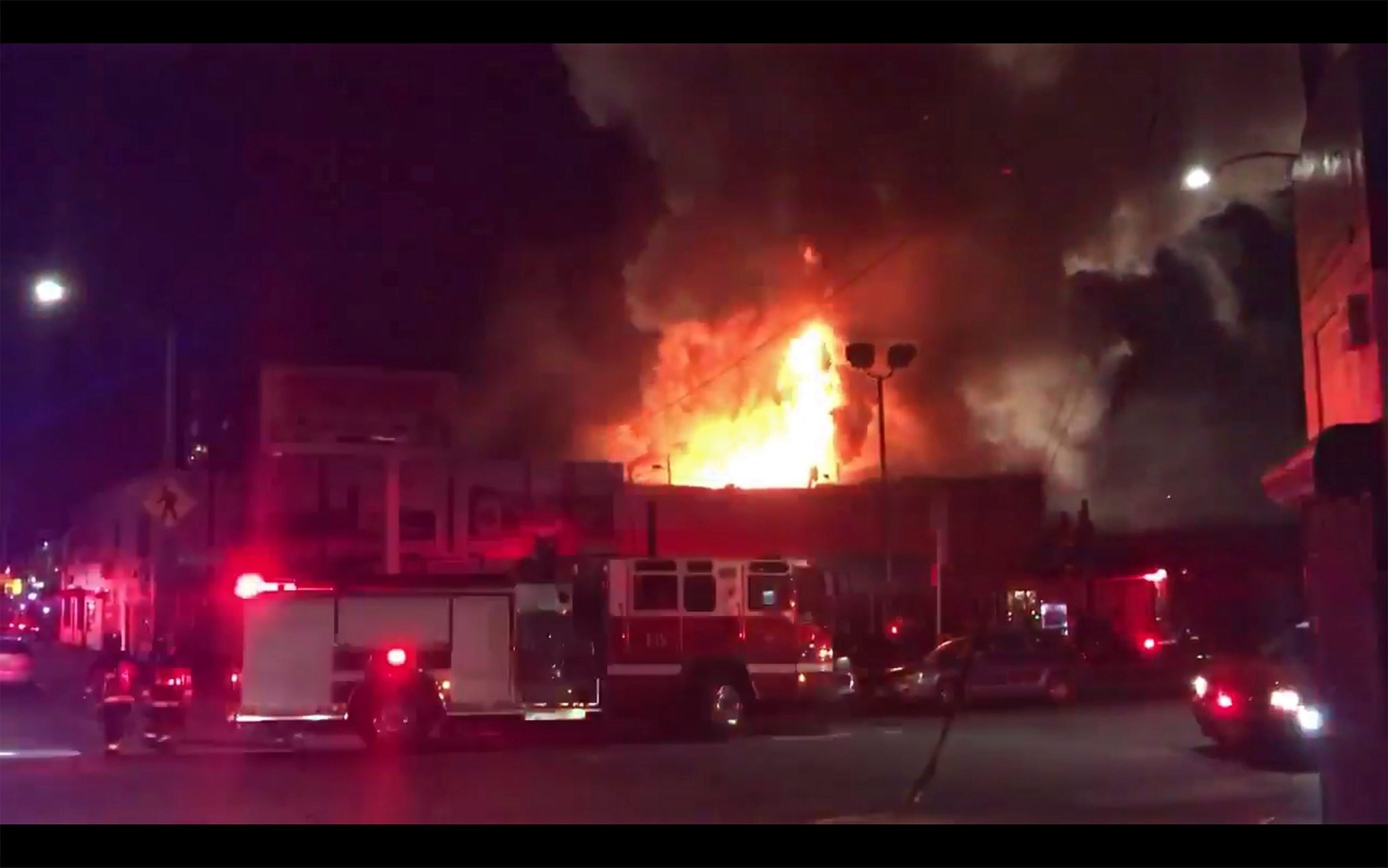 Handout frame grab released via Twitter user @Oaklandfirelive showing the scene of a warehouse fire in the Fruitavale district of Oakland at the corner of 31st. Avenue. (EPA Photo)
by Dec 03, 2016 12:00 am

With nine people confirmed dead and 25 missing, authorities feared on Saturday that up to 40 people could have died in a fire that broke out during a party at a warehouse in the US state of California.

Oakland Fire Chief Teresa Deloach Reed told dpa that investigators were looking for the cause of the fire, which was reported shortly before midnight on Friday at the two-storey building in Oakland, California.

He said at a press conference that most people attending the party were in their twenties and thirties, noting that some of the missing persons were from outside of the United States.

Kelly added that the process of identifying victims was going slow because of the debris at the site.

The building housed artists and their studios as part of a collective, according to the local newspaper East Bay Times.

Rescue workers were looking for 25 people who had been unaccounted for, Reed said, however, it was unclear how many of the missing persons had been in the building when the flames broke out.

According to local media reports, between 50 to 100 people were gathered at the warehouse for a party.

A video posted by firefighters showed thick smoke billowing from the building engulfed by large flames.

More than 70 firefighters had been dispatched to the scene, Reed said, noting that it seemed that the warehouse had had no fire sprinkler system and smoke detectors had not been activated either.

According to a Facebook page, the event on Friday was an electric music party. On Saturday, many people expressed sympathy for the victims on the social network.