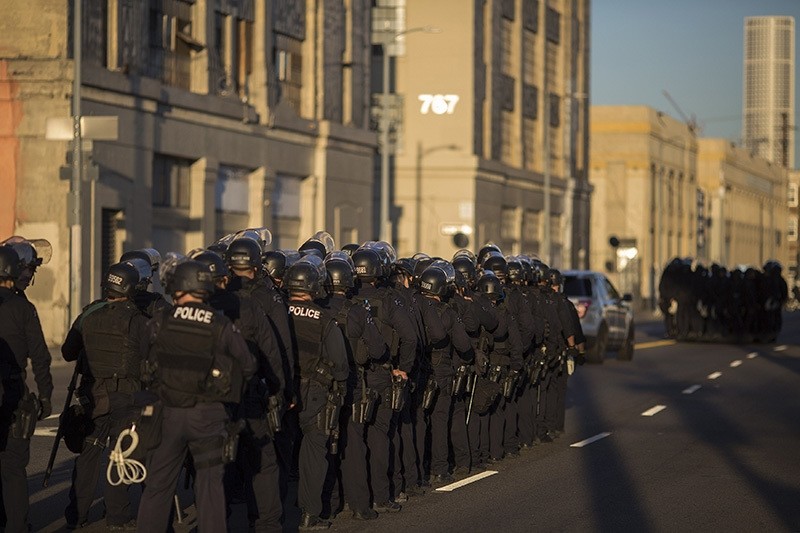 Heavy security at subway stations in Los Angeles greeted commuters on Tuesday as federal and local authorities investigated a specific but uncorroborated threat to detonate a bomb at the Metro Red Line's Universal City station.

Los Angeles Mayor Eric Garcetti, who boarded a train at the Universal City station himself on Tuesday, said law enforcement was prepared and asked the public to be vigilant.

"I trust the professionals that are dealing with this," Garcetti told Reuters TV. "You can never erase the threat to zero, but I want to make sure that people know we have a system that can and will respond forcefully whenever there are these threats."

Federal and Los Angeles officials said on Monday they had been alerted by authorities in another country to a "specific" threat against the city's Red Line commuter rail system, prompting them to beef up security and alert the public.

"This threat is imminent, ... it is very specific," Los Angeles Police Chief Charlie Beck told an evening news conference. "But the credibility still needs to be vetted."

The male caller, speaking in English, had warned authorities in that country of an attack against a Red Line station across the street from the Universal Studios theme park on Tuesday, Beck said.

The caller did not threaten to carry out the attack but said he was alerting law enforcement.

The Red Line runs between downtown Los Angeles and northern neighborhoods, including Hollywood and North Hollywood, and carries about 145,000 passengers a day as part of the city's larger transit system. It does not operate between the hours of
2 a.m. and 4 a.m.

Beck and Los Angeles County Sheriff Jim McDonnell said law enforcement would be stepped up at the Universal City/Studio City station and elsewhere along the city's rail lines.

"You will see additional measures but they are out of an abundance of caution," Beck said.

Mayor Eric Garcetti said he would board the train at the Universal City station himself on Tuesday as a show of confidence.

"Everybody should go about their normal day tomorrow," Garcetti said. "People may see heightened security ... But don't let those (additional officers) frighten you."