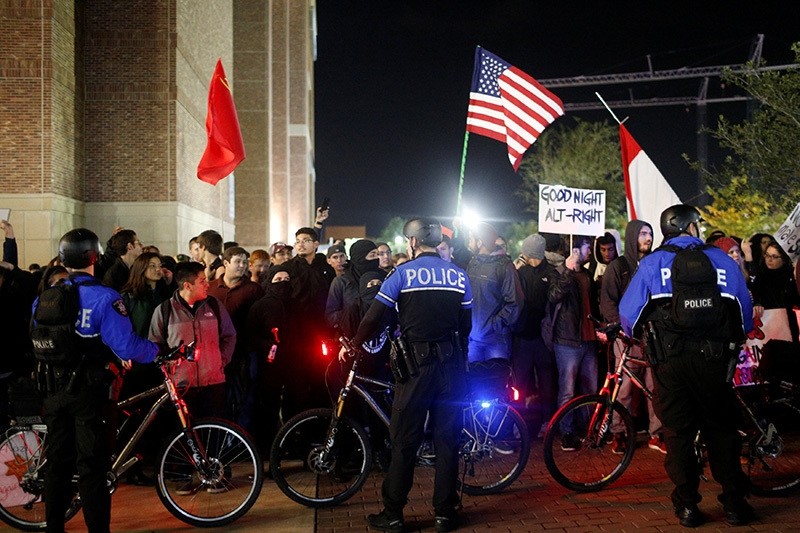 Several groups protested outside of the student center during and before the appearance by Richard Spencer, who leads a white nationalist organization. Some silently held placards while others loudly chanted slogans.

Hundreds gathered at nearby Kyle Field to hear music and speeches highlighting diversity and unity as a counter to Spencer.

Meanwhile, about 400 people filled a student center ballroom — some listening to Spencer, others jeering him. Those attending the speech had to walk a gantlet of chanting protesters while leaving the hall.

A&M officials say they didn't schedule the speech by Spencer, who was invited to speak by a former student who reserved campus space available to the public.