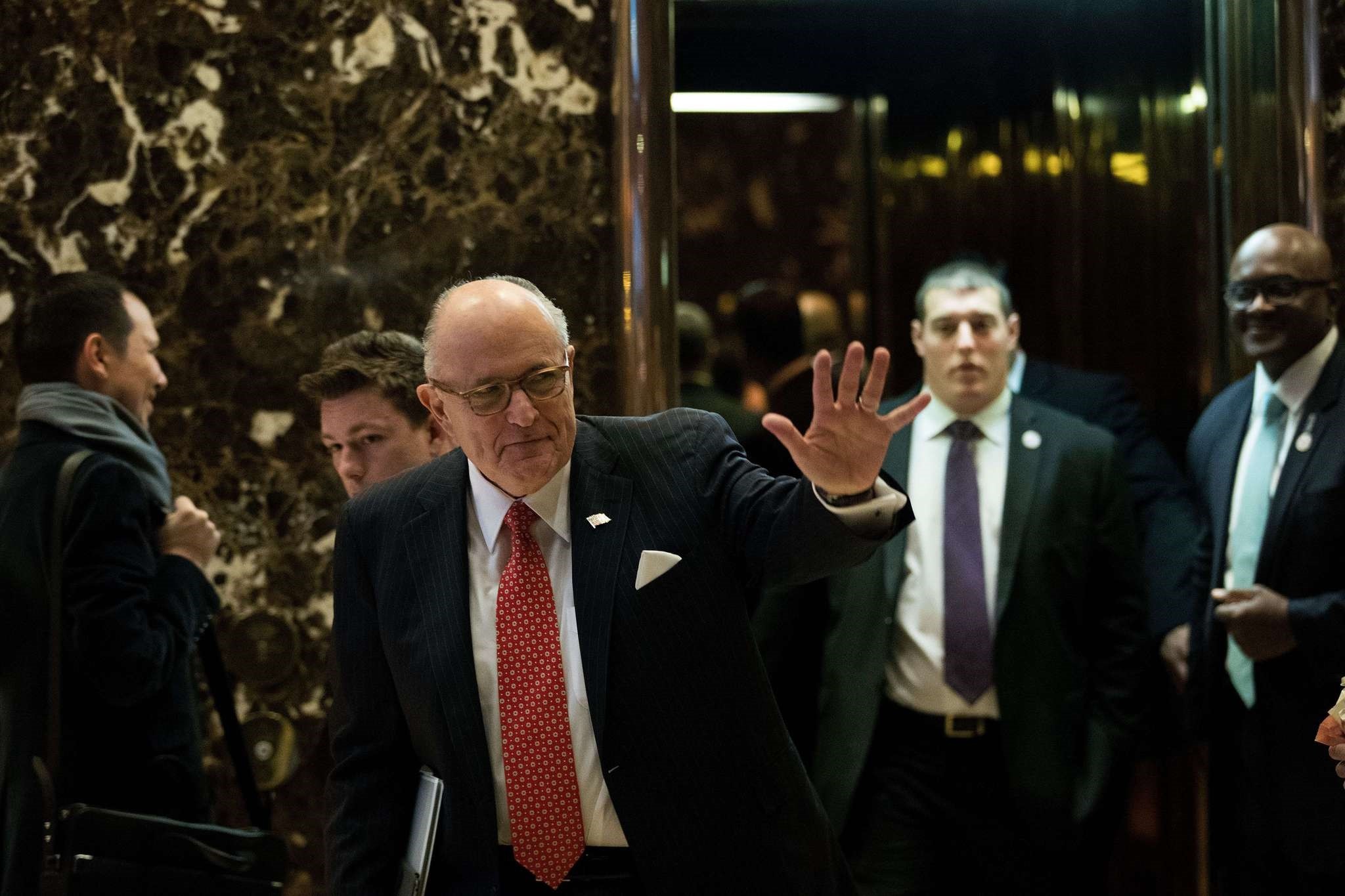 U.S. President-elect Donald Trump announced Friday that outspoken former New York mayor Rudy Giuliani, a key surrogate on the campaign trail, would not join his incoming administration after he takes office next month.

Giuliani had been a candidate for the prestigious cabinet job of secretary of state, but subsequently came under scrutiny in the US media over business dealings that could pose conflicts of interest.

Observers in the United States and around the world have been on tenterhooks for weeks as to whom the incoming Republican president will pick to be America's next top diplomat, but Trump said Friday that Giuliani had removed his name from consideration for any position during a meeting on November 29.

"Rudy would have been an outstanding member of the cabinet in several roles, but I fully respect and understand his reasons for remaining in the private sector," the president-elect said in a statement.

"He is and continues to be a close personal friend, and as appropriate, I will call upon him for advice and can see an important place for him in the administration at a later date," he added.

Giuliani, a former federal prosecutor, made his name by leading New York on and after the September 11 attacks, earning the moniker "America's Mayor."

After Trump's shock election victory last month, he made no secret of his desire for the secretary of state position, said Friday that he now looked forward to continuing to work in his law and consulting firms.

"This is not about me; it is about what is best for the country and the new administration," said Giuliani in the statement released by Trump's transition team.

"From the vantage point of the private sector, I look forward to helping the president-elect in any way he deems necessary and appropriate," he added.

Trump praised the 72-year-old Giuliani as an "extraordinarily talented and patriotic American" and that he would "always be appreciative of his 24/seven dedication to his election campaign.

The former mayor will remain a vice chairman of the presidential transition team, which is chaired by Vice President-elect Mike Pence.