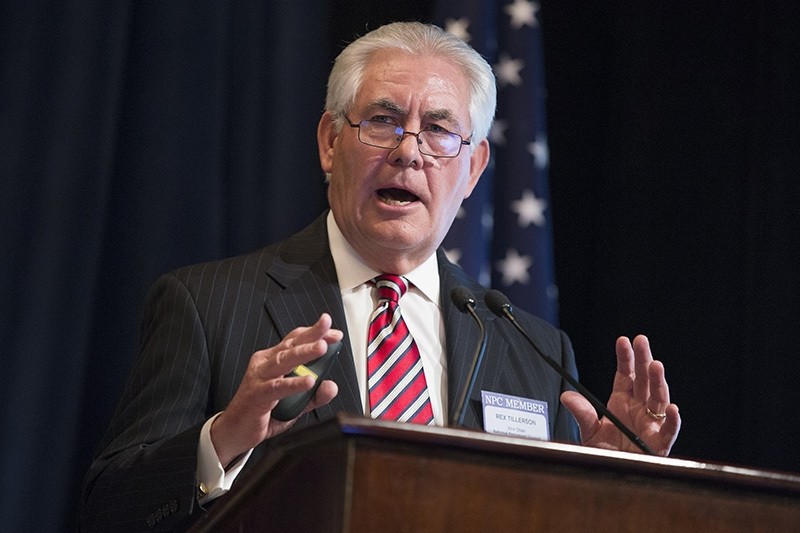 President-elect Donald Trump on Tuesday tapped ExxonMobil chief Rex Tillerson, an oilman with deep ties to Russia, as his nominee to be secretary of state, promising that the CEO, who is personal friends with Vladimir Putin, has "second to none" relationships with world leaders.

Tillerson's nomination comes days after the CIA accused Russia of interfering with the US election in a bid to help Trump win, in a development which could complicate the CEO's confirmation hearings before the Senate.

A statement by Trump's communication office said that Tillerson "will be a forceful and clear-eyed advocate for America's vital national interests, and help reverse years of misguided foreign policies and actions that have weakened America's security and standing in the world."

As ExxonMobil's president and chief executive, the 64-year-old Texan oversees the company's business activities in more than 50 countries.

"Rex knows how to manage a global enterprise, which is crucial to running a successful State Department, and his relationships with leaders all over the world are second to none," Trump said in the statement.

Tillerson has opposed sanctions on Russia and in 2013 was awarded Russia's Order of Friendship by President Vladimir Putin following several years of Exxon projects in the country.

Tillerson - who has no formal foreign policy background - is sure to face sharp questions in the Senate confirmation hearings.

Leading senators on Monday threw their backing behind a congressional investigation into US intelligence assessments on Russia election interference, putting top Republicans on a collision course with the incoming president.

The president-elect has dismissed the intelligence reports about Russian interference as "ridiculous," defying an increasing number of senators from his own party, as well as top Democrats, the Central Intelligence Agency and the outgoing White House.

The president-elect also said late Monday that his businesses would steer clear of negotiating new deals during his White House tenure.

"No new deals will be done during my term(s) in office," the 70-year-old tycoon said on Twitter, adding that he would be leaving his businesses before taking office and that his two adult sons, Don and Eric, would manage his companies.

Critics argue that it would be an unprecedented ethical conflict for Trump to maintain interest in properties spanning the globe -- investments that rely partly on goodwill from foreign governments and regulators.

Trump's secretary of state will be tasked with overseeing international relations for a political novice who seems intent on trashing protocol and upending relationships built on decades of delicate diplomacy.

With more than five weeks to go before he is sworn in, Trump is already ruffling feathers with his statements about two major world powers: Russia and China.

The president-elect has stoked alarm -- even among fellow Republicans -- by calling for closer ties with Moscow, in contrast to the belief in Washington that Russia remains a global security threat.

And Sino-US relations are strained after a series of moves by Trump that provoked China, America's biggest single goods trading partner and the holder of almost a trillion dollars in US government debt.

Trump raised eyebrows by taking a congratulatory call from the president of Taiwan, a self-ruling island that Beijing considers a rogue province awaiting unification.

Born in Wichita Falls, Texas, Tillerson has spent his entire career at Exxon, which he joined in 1975. Appointed CEO in 2006, he was due to retire in March.