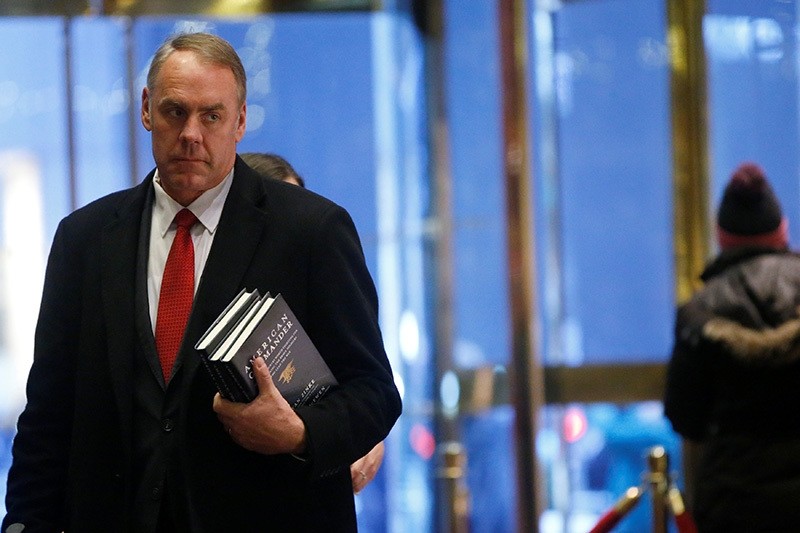 Zinke, 55, is a retired Navy SEAL who was awarded two Bronze Stars for his support to U.S. invasion in Iraq. He was an early supporter of Trump and met with the president-elect Monday at Trump Tower in Manhattan.

He just won re-election to a second term as Montana's only House member, and Republicans had mentioned him as a possible challenger to two-term Democratic Sen. Jon Tester in 2018.

Zinke attracted attention in the 2014 campaign for calling Hillary Clinton "the antichrist."

"Do I really believe that she is the antichrist? That answer would be 'no,'" Zinke said in an interview with The Associated Press. "But I do get a little emotional about Benghazi, and I like the rest of America want answers."

In September 2012, when Clinton was secretary of state, the U.S. ambassador to Libya and three other Americans were killed in the eastern city of Benghazi when militants stormed a U.S. diplomatic post and, hours later, fired on a CIA compound nearby.

Some Republicans argue the U.S. military held back assets that could have saved lives and believe President Barack Obama and Clinton lied to the public about the nature of the attack.

Before being elected to Congress, Zinke served in the Montana State Senate, where he chaired the Education Committee.

During his re-election campaign, Democrats labelled Zinke as a radical conservative who would sell off federal lands to private interests or transfer them to state control. Zinke denied the charge, which was based on a pledge Democrats alleged he had signed in 2012 stating that Montana's lands were sovereign and not subject to federal control.

Zinke has said he doesn't remember signing the pledge.