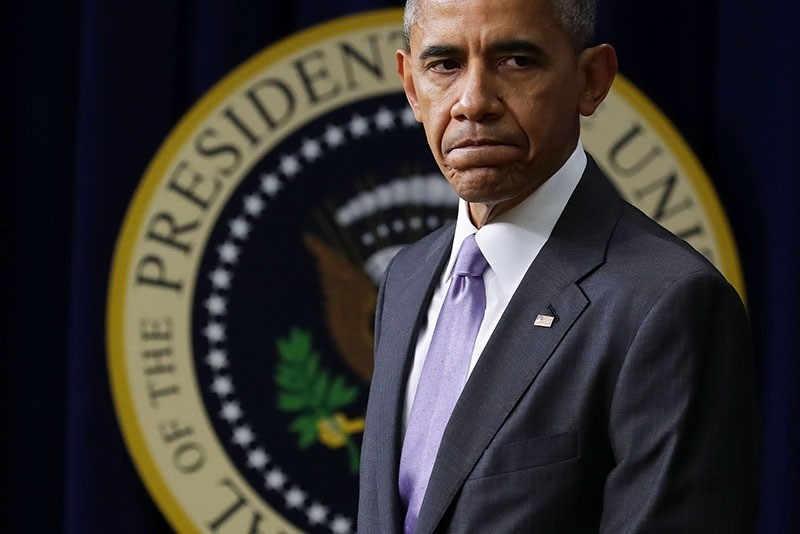 In retaliation against Russia's hacking and covert influence operations in the 2016 U.S. election, President of the United States Barack Obama has vowed to "take action." The Kremlin has again denied these allegations, calling them distractions in the face of internal issues within the U.S. President-elect Donald Trump has also commented on these accusations calling them "ridiculous." "I don't believe it. I don't believe they interfered." He said in an interview with Time Magazine, which also named him Person of the Year for 2016.

This is not the first time the U.S. has accused Russia of hacking activities. In 2015, the U.S. media reported that Russian hackers had successfully breached several layers of Pentagon security and obtained usernames, passwords as well as electronic signatures from hundreds of senior officers including thousands of civilian personnel, including Gen. Dempsey who was the then chairman of the U.S. Joint Chiefs of Staff.

Now over a year later, the U.S. has accused Russia of being behind the attack, which apparently did not have data collection as a primary objective but chaos since it took about two weeks to replace all the software and hardware behind the Pentagon's unclassified e-mail system.

President Obama's deputy national security adviser has said, "I don't think things happen in the Russian government of this consequence without Vladimir Putin knowing about it," putting Russian President Vladimir Putin himself under direct U.S. accusations as well.

The White House recently announced that President Obama has ordered a "full review of the pattern and malicious cyber-activity related to our presidential election cycle" to be completed and submitted before the end of his term on Jan. 20. It was stated that the report made this past October about Russian interference in the U.S. election, whose details remain highly confidential, were indeed linked to the "highest levels of the Russian government." It was also stated that this investigation is not an effort to interfere with the outcome of the 2016 election and that "we've acknowledged who won the election" but "we are taking seriously the responsibility to protect the integrity of those elections."

While the White House did make official accusations against Russia about a month before the outcome of the election, the majority of press coverage was directed at WikiLeaks which had actually published the DNC's internal emails which, although it is not clear whether it helped Trump win the election, certainly created a lot of chaos for the Clinton campaign since all of their internal clashes specifically e-mails regarding Vermont Senator Bernie Sanders, the alleged DNC conspiracy to undermine him in favor of Hillary Clinton and her campaign manager John Podesta. Podesta's personal emails have sparked a massive freelance investigation on the internet after allegations of child-trafficking rings related to him. The e-mails also revealed that Clinton had closer ties with big donors and Wall Street than she had publicly claimed. The whole debacle in the summer of 2016 even led to the resignation of DNC Chairwoman Debbie Wasserman Schultz.

President-elect Trump has accused the Democrats of scapegoating Russia to turn away attention from their loss in the race.