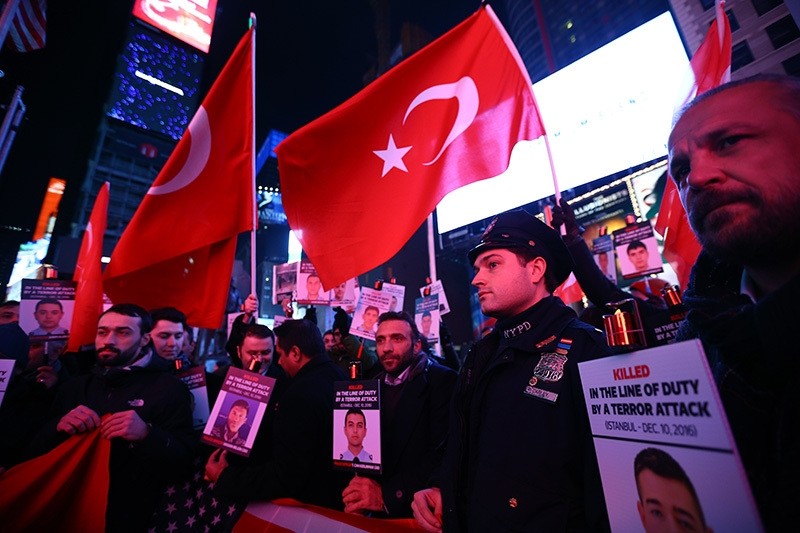 Police officers from the New York Police Department (NYPD) joined Turkish and American NGO's in a commemoration event held in Times Square for victims of the deadly PKK bombings in Istanbul on Dec. 10, which killed 44 people, including 36 police officers.

NYPD Muslim Officers Society Chairman Adeel Rana said in a speech that NYPD officers had joined the event to support Turkish colleagues and to give a message of solidarity, adding that all the world should be united in the fight against terrorism.

Ali Hammutoğlu, an NYPD officer of Turkish origin, said they condemned murderers who had attacked innocent civilians and police officers who provided their security.

Mustafa Tuncer, head of Independent Industrialists' and Businessmen's Association (MÜSİAD) U.S. branch, said they wanted to honor the memories of the police officers who were killed in the Istanbul attack in Times Square. Tuncer highlighted that, as Turks in the U.S., they would continue efforts to keep Turkey's unity against terror groups.

People who joined the event carried photos of the fallen police officers, while lighting candles and laying carnations.