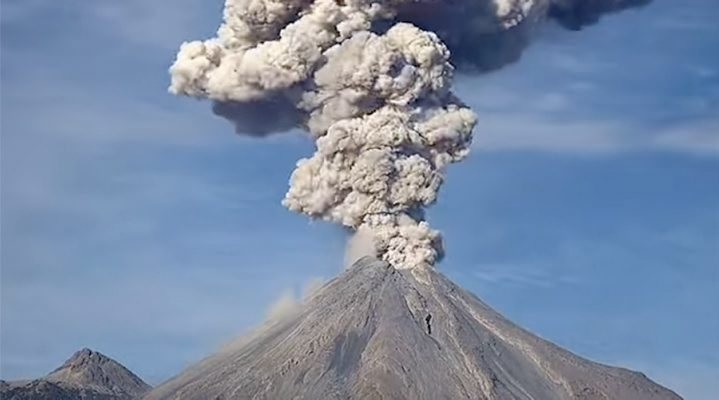 Mexico's Colima Volcano has sent three eruptions in the space of a few hours, spewing ash and vapor more than a mile into the air.

The civil defense office of that western state of Jalisco says the three eruptions occurred Sunday morning. The biggest columns of ash reached 1.25 miles (2 kilometers) in height, and the smallest was just under a mile tall.

The eruptions cap about 10 days of periodic exhalations at the volcano, which is one of Mexico's most active.