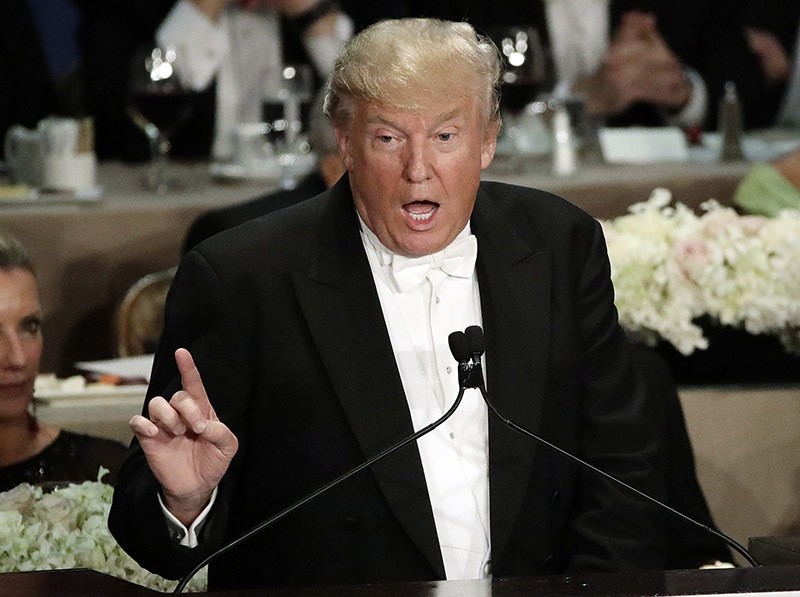 "The Foundation has done enormous good works over the years in contributing millions of dollars to countless worthy groups, including supporting veterans, law enforcement officers and children. However, to avoid even the appearance of any conflict with my role as President I have decided to continue to pursue my strong interest in philanthropy in other ways," Trump was quoted as saying.

"President-elect Trump has directed his counsel to take the necessary steps to effectuate the dissolution," the statement added."I am very proud of the money that has been raised for many organizations in need, and I am also very proud of the fact that the Foundation has operated at essentially no cost for decades, with 100 per cent of the money going to charity, but because I will be devoting so much time and energy to the Presidency and solving the many problems facing our country and the world, I don't want to allow good work to be associated with a possible conflict of interest," the statement quoted Trump as saying.

The statement offered no timeline for when his foundation would close down.

The Washington Post newspaper had reported the story earlier.

The state of New York opened an investigation into the Donald J Trump Foundation in September.

The foundation is being investigated to make sure it is complying with New York laws governing charities, Attorney General Eric Schneiderman said at the time.

The investigation followed reports of transactions that came to light in recent months, including a Washington Post story citing tax records showing that Trump had not donated to his foundation since 2008.

The newspaper also reported that the foundation spent 20,000 dollars of money meant for charity to buy a 1.8-metre-tall painting of Trump.

The foundation also donated 25,000 dollars to the attorney general of Florida in 2013 as she was considering filing fraud charges against Trump University.

Trump has denied any connection between the money and the attorney general, who later decided not to pursue an investigation.

Schneiderman, a Democrat who supported Hillary Clinton, Trump's opponent in the race for the White House, has said his actions are not politically motivated.
Last Update: Dec 25, 2016 11:08 am
RELATED TOPICS