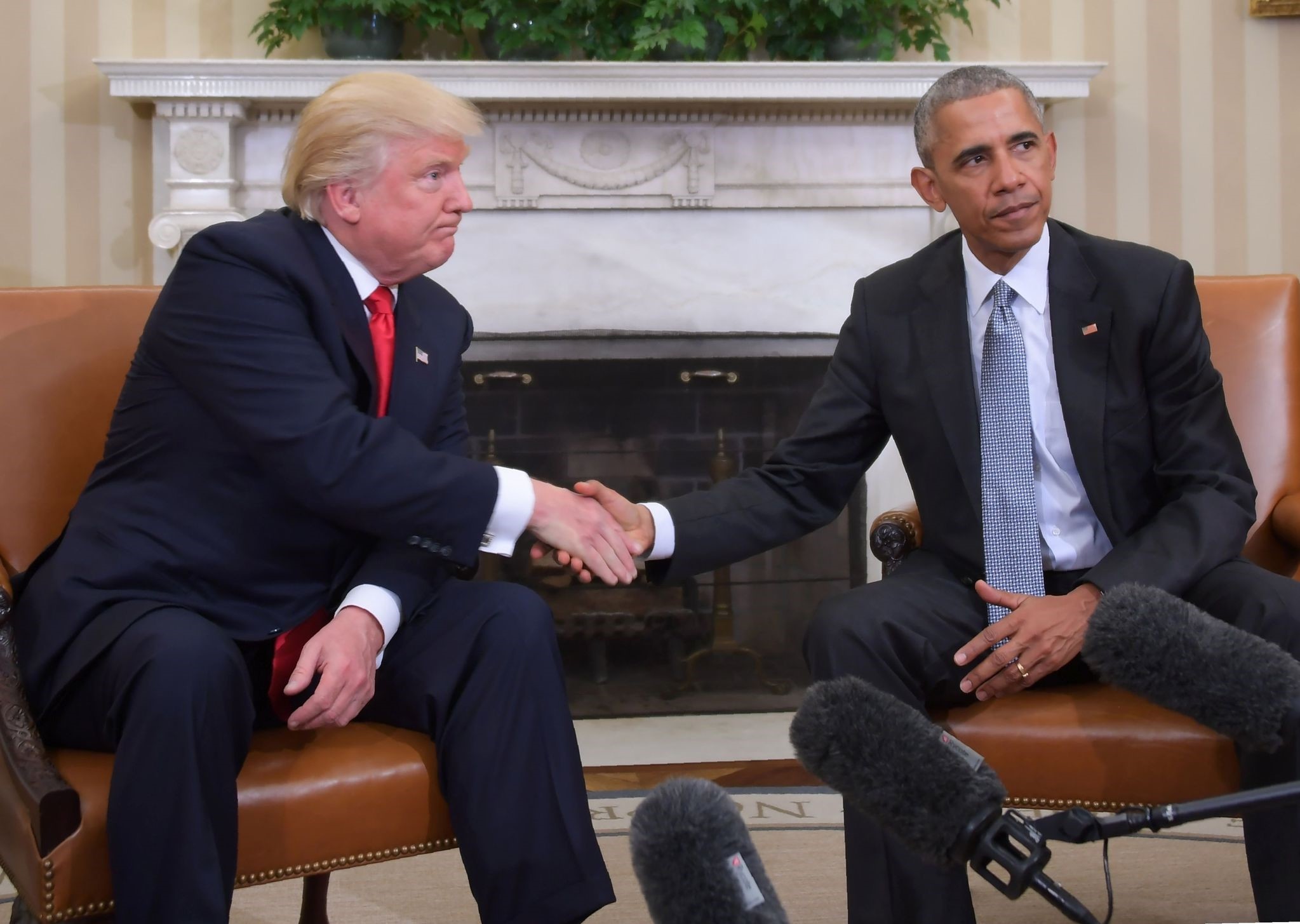 U.S. President Barack Obama headed Wednesday to Capitol Hill where he urged fellow Democrats to "fight" to preserve his signature health care reform that Donald Trump vows to start repealing on day one of his administration.

Obamacare, the fruit of an eight-year drive to extend medical coverage to tens of millions of Americans, will come under sustained assault when Trump takes office January 20 with Republican majorities in both chambers of Congress.

But the debate over U.S. health care began in earnest Wednesday with Obama and Vice President-elect Mike Pence making duelling visits to Congress where they urged their footsoldiers to gird for battle.

"I envy you for the opportunity you are going to have to engage in this fight to protect health care for the American people," the outgoing president told Senate and House Democrats, according to Senator Ed Markey who attended the 100-minute meeting.

After a crushing election loss, Democrats may have limited options for stalling a repeal of Obamacare without significant Republican defections.

They also face criticism that Obama's reforms have led to rising insurance premiums and a string of technical problems.

But certain elements of Obamacare remain popular, notably the provisions barring companies from refusing coverage due to pre-existing conditions and allowing children to retain coverage on family plans through to the age 26.

Repeal and then what?

Republican opposition in general to Obamacare is clear, but their prescription to fix it is not, however.

House Speaker Paul Ryan has proposed a tax credit system as a possible replacement, but the costs to government and individuals remains vague.

The White House is betting that American voters will react with fury if Trump moves to strip millions of coverage with no viable alternative - forcing the incoming president to confront the most radical reformers within his own party.

While Pence addressed the issue gingerly in Congress Wednesday, he stressed that Trump will begin the process of repealing the Affordable Care Act as the first step of the new administration.

"The first order of business is to repeal and replace Obamacare," Pence told reporters in the U.S. Capitol shortly after meeting with House Republicans.

But earlier in the day Trump himself warned against over-hasty action.

"Republicans must be careful in that the Dems own the failed ObamaCare disaster, with its poor coverage and massive premium increases," the president-elect said on Twitter.

"Massive increases of ObamaCare will take place this year and Dems are to blame for the mess. It will fall of its own weight - be careful!"

While urging a full repeal of the law, House Speaker Paul Ryan also said Republicans should avoid putting millions of families in further financial jeopardy by gutting Obamacare without a viable alternative in place.

"We've got to fix this by replacing it with something better. In that transition we want to make sure we don't pull the rug out from anybody," the speaker said.

One Republican, congressman Chris Collins, said the party was looking at a six-month timeline for crafting an Obamacare alternative. Other Republicans said that was far too ambitious.

But some are wary that white working class Americans, who delivered them to office, may bear the brunt of any reforms.

Dismantling Obamacare could also have knock-on effects for funding healthcare for retirees, a group essential to the Republican Party's survival.

In these two issues, Democrats see pressure points they hope to exploit in defense of Obama's plan.

"It's not surprising to me that there are some Republicans who are now a little queasy about the prospect of the impact that repealing Obamacare would have on their own supporters," said White House spokesman Josh Earnest.

Obama is believed to have put this point directly to Trump when they talked soon after the election.

Democratic leaders voiced support for a stiff defense of the Affordable Care Act in the face of Republican attacks.

"Instead of working to further ensure affordable care for all Americans, they seek to rip health care away from millions of Americans, creating chaos in our entire economy," charged Senate Democratic leader Chuck Schumer.

But privately many Democrats admit their best hope now could be offering Trump some form of political victory, so long as the plan survives more or less intact.