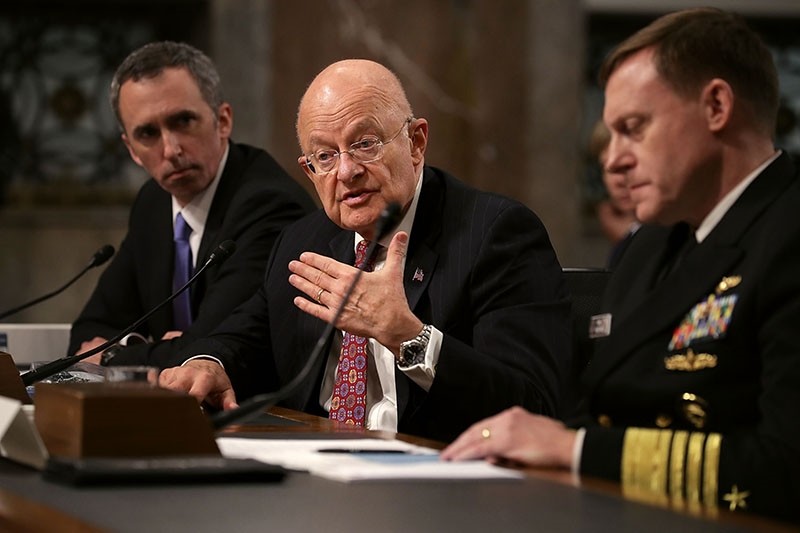 US spy chiefs insisted Thursday they have strong evidence that Russia mounted an unprecedented bid to disrupt the American election, standing firm in the face of Donald Trump's refusal to accept their conclusions.

One day before the heads of four top intelligence bodies brief the president-elect on their assessment of Russian meddling in last year's race, Director of National Intelligence James Clapper told a Senate hearing he had "very high" confidence in their findings.

"The Russians have a long history of interfering in elections, theirs and other people's," he told the Armed Services Committee. "But we have never encountered such a direct campaign to interfere with the election process as we have seen in this case."

"This was a multifaceted campaign. So the hacking was only one part of it, and it also entailed classical propaganda, disinformation, fake news."

Clapper, National Security Agency chief Michael Rogers and Marcel Lettre, undersecretary of defense for intelligence, told the committee in a joint statement that "only Russia's senior-most officials" could have authorized the operation, in which hackers stole Democratic Party files and emails, which were then disseminated via WikiLeaks, embarrassing the party and harming losing candidate Hillary Clinton's White House effort.

Meanwhile, the Republican Party is divided over how to deal with Russia. Once Trump takes office, he is certain to face opposition from Democrats as well as some in his own party regarding his posture toward Russia.

Trump has criticized U.S. intelligence findings, even citing WikiLeaks founder Julian Assange's contention that Russia did not provide him with hacked Democratic emails.

But in new tweets early Thursday, he backed away and blamed the "dishonest media" for portraying him as agreeing with Assange, whose organization has been under criminal investigation for its role in classified information leaks. "The media lies to make it look like I am against 'Intelligence' when in fact I am a big fan!" Trump wrote.

In fact, Trump has been skeptical to the point of dismissive about the certainty of the assessment of Russian hacking, bringing up past failures, specifically intelligence reporting the presence of weapons of mass destruction in Iraq in the lead-up to the war there.

Trump has derided the intelligence community on Twitter, his comments widely reported by The Associated Press and other news organizations.

Clapper said Thursday, "I think there is an important distinction here between healthy skepticism, which policymakers — to include policymaker No. 1 — should always have for intelligence, but I think there's a difference between skepticism and disparagement."

"The president has insisted that the intelligence community should not hesitate to present to the president what could be considered bad news, because a whitewashed assessment doesn't serve anybody well," Earnest said. He added that anyone who consumes intelligence "using rose-colored reading glasses is not going to be able to make good decisions."