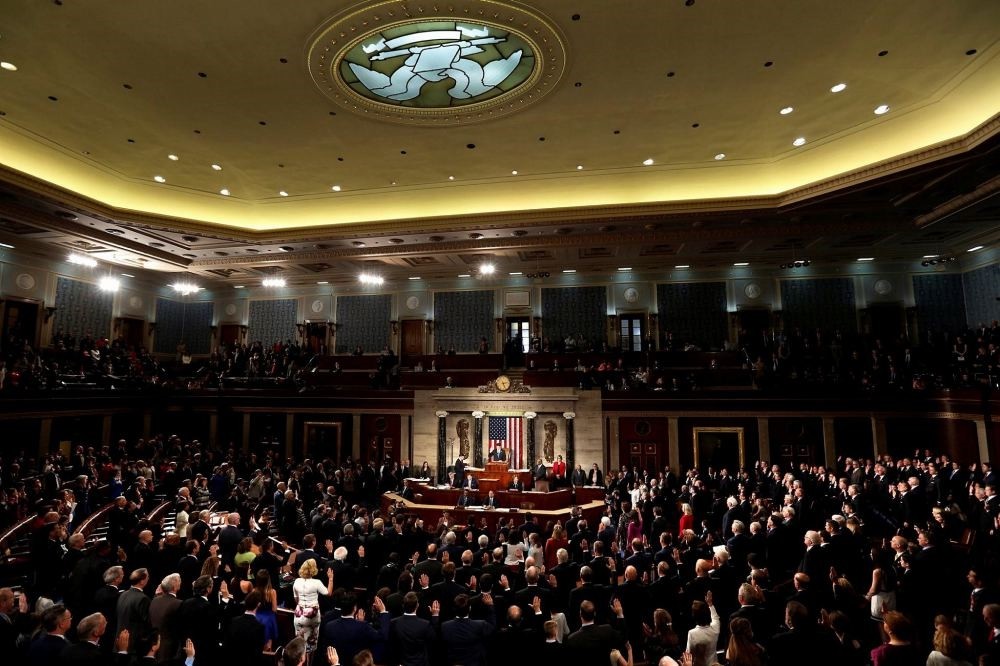 Reuters Photo.
by Jan 07, 2017 12:00 am
The U.S. House of Representatives on Thursday voted to condemn a U.N. resolution reprimanding Israel over its settlement activity, blasting last month's move by the international body as "an obstacle to Israeli-Palestinian peace."

The congressional measure passed 342 to 80, with broad bipartisan support. It noted in particular that the U.S. administration's refusal to veto the controversial Security Council measure "undermined" Washington's decades-long position of opposing anti-Israel action at the U.N.

Incensed U.S. lawmakers – and President-elect Donald Trump – have assailed Barack Obama's outgoing administration for abstaining in the Dec. 23 vote instead of vetoing the U.N. resolution, essentially clearing the way for its passage.

"I am stunned at what happened last month. This government – our government – abandoned our ally Israel when she needed us the most," House Speaker Paul Ryan told the chamber shortly before the House vote.

"It is time to repair the damage done by this misguided hit job at the U.N.," he added. "It's time to rebuild our partnership" with Israel.

White House aides have said while Obama is a firm supporter of Israel, he felt that after eight years he had simply run out of ways to convince Prime Minister Benjamin Netanyahu that Israel building on Palestinian land is sabotaging hopes for peace. The House measure, which is non-binding, calls for the U.N. resolution "to be repealed or fundamentally altered so that... it is no longer one-sided and anti-Israel" and allows all final status issues toward a two-state solution to be resolved through direct bilateral negotiations.

It also demands that the U.S. ensures that no action be taken at the Paris Conference on the Israeli-Palestinian conflict scheduled for January 15, that would impose an agreement on the two sides. The French-organized talks, to be attended by around 70 countries – but not by Israeli or Palestinian representatives – are being held to reiterate international support for a two-state solution to the conflict.

"It's subterfuge. This is about kicking a president on the way out, one more time," fumed House Democrat Gerry Connolly, who voted no on the resolution.
RELATED TOPICS