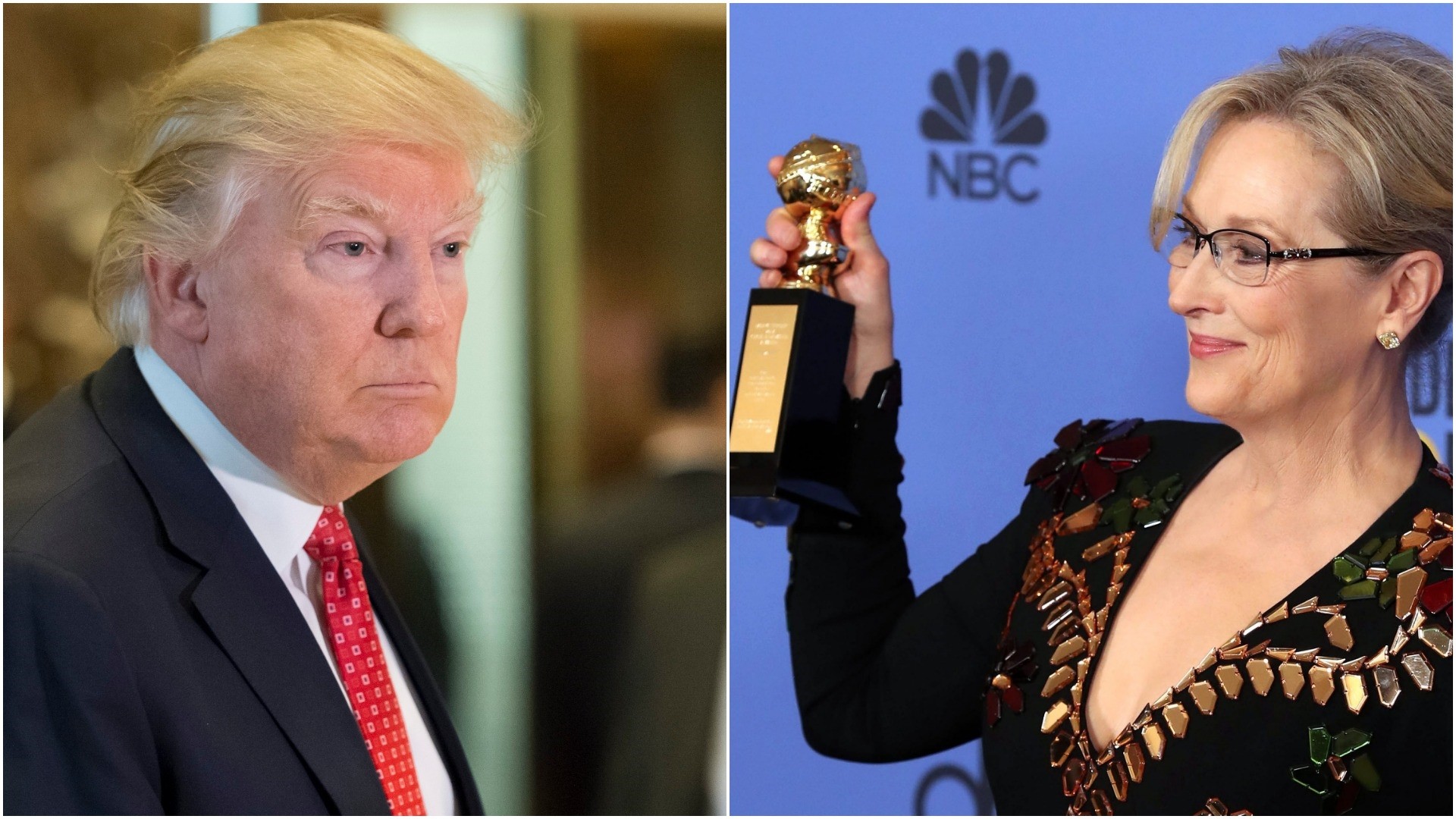 Donald Trump called Meryl Streep an "overrated actress" on Monday after the three-time Oscar winner launched a blistering attack on the U.S. president-elect that again exposed the rift between Hollywood liberals and conservative Americans.

Streep turned a lifetime award acceptance speech at Sunday's Golden Globe awards into an indictment of Trump's personality and his tough stance on immigration.

"This instinct to humiliate when it's modeled by someone in the public platform by someone powerful, it filters down into everybody's life," the "Sophie's Choice" actress said, recalling Trump's imitation in 2015 of a disabled reporter without mentioning the president-elect by name.

Trump responded on Twitter: "Meryl Streep, one of the most overrated actresses in Hollywood, doesn't know me but attacked last night at the Golden Globes.

"She is a Hillary flunky who lost big."

Trump also repeated his denial that he had mocked the reporter when he flailed his arms and slurred his speech at a campaign event.

The speech by Streep, who had a prime-time speaking slot at last year's Democratic National Convention praising Hillary Clinton's "grit and grace," quickly became the most-talked about moment of the Golden Globes.

Not all the responses were complimentary.

"This Meryl Streep speech is why Trump won. And if people in Hollywood don't start recognizing why and how - you will help him get re-elected," Meghan McCain, daughter of Republican Senator John McCain, wrote on Twitter.

"Why do you guys think we care what your political views are. Stick to what you do best and why we follow your account. For the acting and fashion. #enoughalready," wrote Debweb142 on the Instagram page of "Sex and the City" star Sarah Jessica Parker who had praised Streep.

"How DARE Meryl exercise her right to free speech like that's a thing we are allowed to do here in Ameri- wait...hmm," Rhimes tweeted.

But Trump aide Kellyanne Conway said on Monday that Streep was misusing her platform.

"I'm concerned that somebody with a platform like Meryl Streep is also, I think, inciting people's worst instincts when she won't get up there and say, 'I didn't like it, but let's try to support him and see where we can find some common ground with him.'", Conway said on the "Fox & Friends" TV program on Monday.