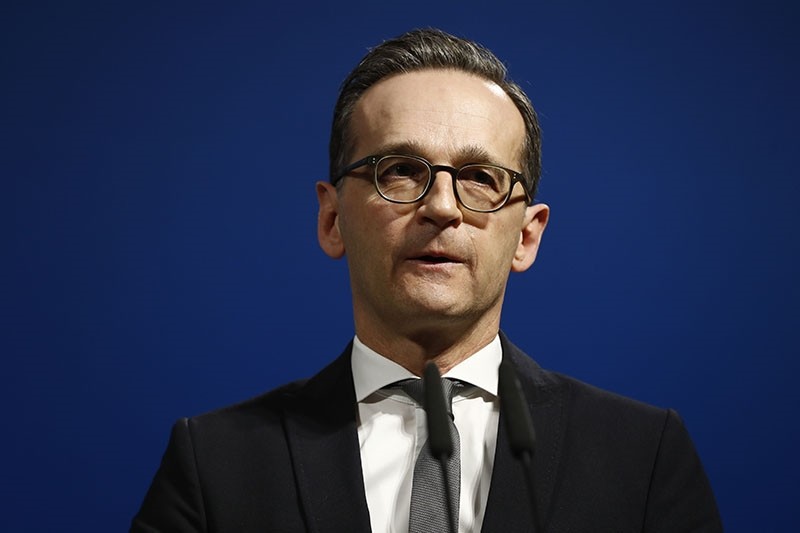 German Justice Minister Heiko Maas attends a press conference on security reforms after the Berlin truck attack in Berlin, on January 10, 2017. (AFP Photo)
by Jan 13, 2017 12:00 am

Victims of the terrorist attack in Berlin are considering compensation claims, a lawyer said Friday, as the justice minister became the first top German official to admit mistakes were made in dealing with events surrounding the assault.

"After what has happened and what we have learned since, it is not possible for anyone to sit down and say that no mistakes were made," Justice Minister Heiko Maas told a German public TV talk show on Thursday.

His comments came one month after 12 people died and more than 50 were injured when 24-year-old Tunisian Anis Amri drove a truck into a crowded Christmas market in Berlin.

Authorities said that 11 of those injured remained in intensive care.

Amri, who was due to be deported and was considered by security forces to be a potential threat to public safety, was shot dead by Italian police near Milan after he drew a gun during a routine check just days after the attack.

In an interview published in the daily Tagesspiegel on Friday, Berlin lawyer Andreas Schulz said that victims of the attack were considering launching a claim for millions of euros of compensation against the Berlin city authorities and the federal government.

In particular, the claim would focus on the security arrangements at the Christmas market, Schulz said.

"The question is why the concrete blocks placed around the Christmas market at Breitscheidplatz were put up only after the attack and not before," Schulz told Tagesspiegel.