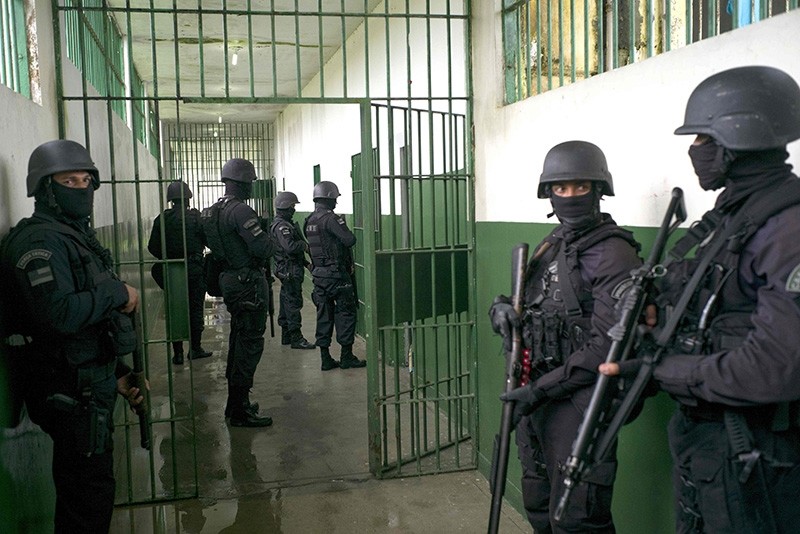 Special Operations Command personnel keep watch during a visit to the Anu00edsio Jobim Penitentiary Complex - where 56 inmates were killed during a riot on two weeks ago, Jan. 14, 2017 in Manaus, Amazonas, Brazil. (AFP Photo)
by Jan 15, 2017 12:00 am

At least 10 people were killed Saturday in fighting between rival gangs inside a Brazilian prison, local media reported.

The fighting between the Comando de la Capital gang and its rival the Sindicato del Crimen took place in a prison in the city of Natal in the country's north-east, news website Folha de Sao Paulo reported.

At least three people were decapitated. "We could see their heads," prison manager Zemilton Silva said.

Military police have secured the perimeter of the prison and are planning to enter the facility.

At least 100 people have been killed in fighting inside Brazilian prisons since the beginning of the year.

Brazil has the world's fourth-largest prison population, which has led to overcrowding problems. More than 622,000 prisoners are held in cells that are only meant to house 371,884 people, according to official data.