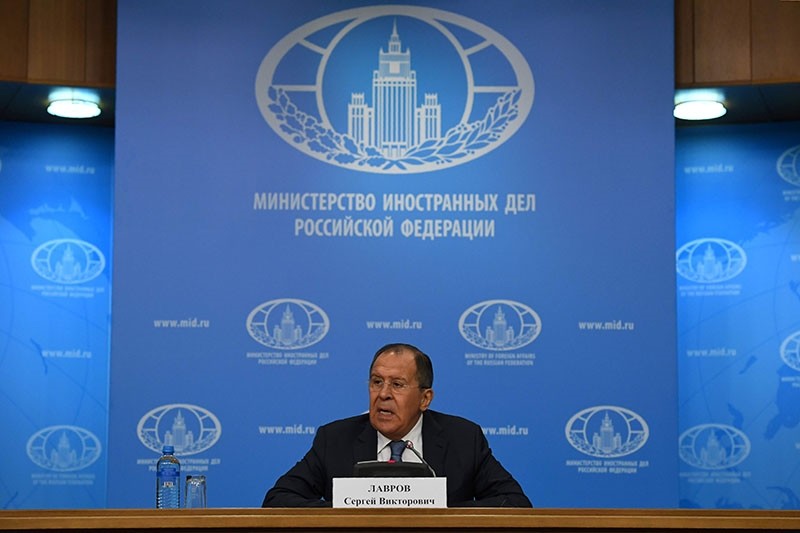 Moscow hopes for better relations with the United States based on respect for mutual interests once Donald Trump takes office, in contrast with the "messianic" approach of the outgoing administration that has ravaged ties, Russia's foreign minister said Tuesday.

Sergey Lavrov said that Russia and the United States can reach common ground on nuclear arms control and other issues if each country proceeds from national interests and shows respect for the other side.

He voiced hope that Trump's team will consist of pragmatic people, "who will not engage in moralizing and will try to understand the interests of their partners just as they clearly uphold their own interests."

Lavrov denounced the foreign policies of the outgoing U.S. administration and its allies as "messianic" attempts to enforce Western values on the rest of the world, which has led to instability and conflicts in the Middle East and elsewhere.

Russia-U.S. relations have plunged to post-Cold War lows over the Ukrainian crisis, the war in Syria and other issues.

Lavrov said that Moscow is inviting representatives of the incoming U.S. administration to attend Syria talks on Monday in Kazakhstan, which have been brokered by Russia, Turkey and Iran.

He voiced hope that Russian and U.S. experts could start discussions on fighting terrorism in Syria during that meeting.

He said Russia launched its air campaign in Syria in September 2015 just in time to prevent the terrorists from taking over Damascus.

"The capital was just two or three weeks from being captured by terrorists," he said, accusing President Barack Obama's administration of tacitly backing the al-Qaida affiliated terrorists and half-heartedly fighting the Daesh terror group in the hope of using them to unseat the Assad regime.

Lavrov said that the talks in the Kazakh capital, Astana, will for the first time bring together military leaders of various opposition groups — unlike the previous talks in Geneva where political negotiators often lacked leverage with opposition units.

Asked to comment on Trump's interview with the Times of London published Sunday in which he indicated that he could end sanctions imposed on Russia in the aftermath of the 2014 annexation of Crimea in return for a nuclear arms reduction deal, Lavrov said that Russia is ready to sit down for nuclear arms talks with the U.S.

He noted that he didn't see Trump's words as an offer to cut arms in exchange for canceling the sanctions, rather as an expression of readiness to look at reviewing the sanctions while engaging in negotiations on arms control among other issues.

Lavrov also noted that Russia is ready to discuss arms control issues in a "businesslike way, realizing responsibility before our peoples and other nations." He said that along with nuclear arsenals, the agenda for such negotiations should include new hypersonic weapons, missile defense, weaponization of space and other issues.

Lavrov rejected the allegations of Russian meddling into the U.S. elections as "absurdities" and "fakes" intended to hurt Trump.

He said that U.S. intelligence agencies have failed to produce any evidence to back the claims, adding that officials who engaged in the effort "deserve to be fired as they receive their salaries for nothing."

Lavrov described the allegations of Russian meddling in the U.S. vote as the final "spasms of those who realize that their time is coming to an end."

"The time of foreign policy demagogues is over, and, feeling hurt, they fabricate all kinds of fakes," he said. "First, officials leak fakes to the media, then media start spinning them and, finally, officials comment on them as facts," he said.

The U.S. and Russia hold the vast majority of the world's nuclear weapons. In 2010, the two countries signed the New START treaty capping the number of nuclear warheads and missile launchers each country can possess. The agreement is in effect until 2021 and can be extended for another five years.

During the cold war the U.S. and the Soviet Union were engaged in an arms race both conventional but more importantly nuclear. The extent of the Russian Federation's upgrades to its own nuclear systems is unknown, however President Vladimir Putin has said that upgrades to their systems would be imperative in 2017.