'A slap in the face': Senator Lindsey Graham blasts Obama over Manning 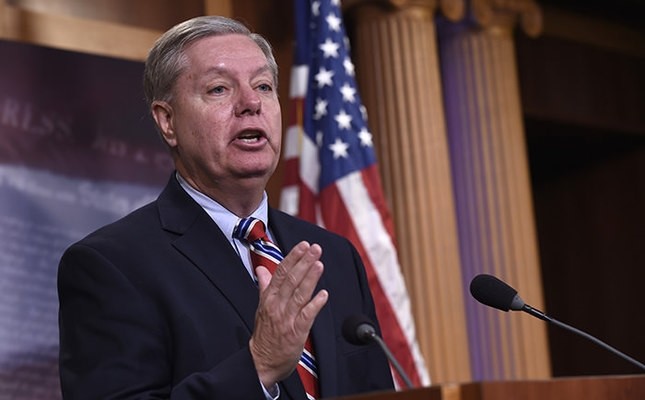 |AP Photo
by Daily Sabah with DPA Jan 18, 2017 12:00 am
White House announced on Tuesday that President Barack Obama is commuting the sentence of whistleblower Chelsea Manning for leaking defence documents to WikiLeaks, shortening her sentence by 28 years. The backfire was quick to come, as a series of tweets by Republican South Carolina senator Lindsey Graham showed the anger in the opposite side of the political spectrum.

"Former Army PFC Manning stabbed fellow service members in the back by releasing classified information which put them at risk," the senator said in the first tweet.

The second of the series was more bitter.

"Commuting Manning's sentence is a slap in the face by our Commander-in-Chief to those who served honorably," Graham added.

The senator concluded his criticism by saying "Yet another poor national security decision by President Obama" in the last tweet of the series.

Obama commuted Manning's sentence from 35 years in prison and she will be freed on May 17, the White House said in a list of pardons and commutations for some 273 people released on Tuesday.

The 29-year-old Army private, formerly known as Bradley Manning, made international headlines after releasing thousands of classified US military documents to the whistleblower website Wikileaks.

The former intelligence analyst, who took the documents while working in Iraq, was jailed for espionage in 2013.
Last Update: Jan 18, 2017 9:41 am
RELATED TOPICS