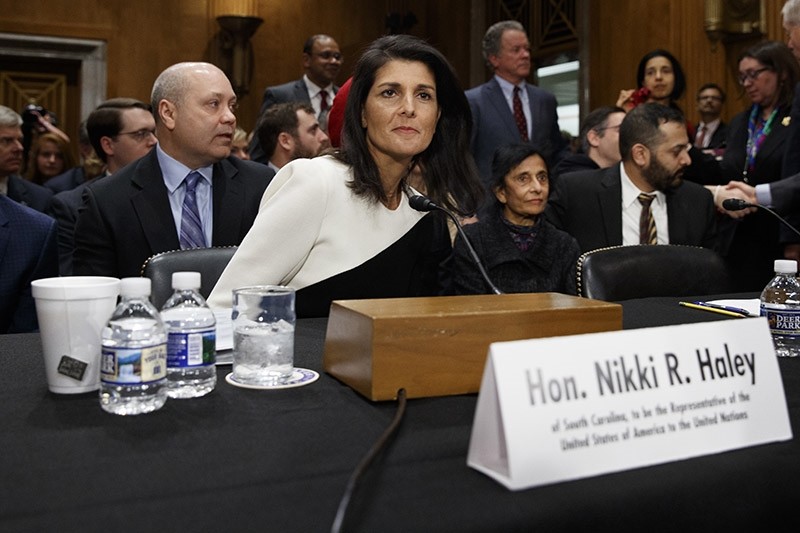 The United States should fight back against Russia or any nation that seeks to interfere in U.S. elections, Nikki Haley, President-elect Donald Trump's nominee for U.S. ambassador to the United Nations, said on Wednesday.

"We should stand up to any country that attempts to interfere with our system," she told lawmakers.

Asked what would be her message to Moscow on Russian efforts to interfere in the 2016 U.S. election, she said: "That we are aware that it has happened. That we don't find it acceptable and that we are going to fight back every time we see something like that happening."

Haley also told the Senate Foreign Relations Committee during her confirmation hearing that if she's approved for the post she won't go to New York and "abstain when the U.N. seeks to create an international environment that encourages boycotts of Israel."

She told the committee the U.N. resolution was "a terrible mistake" that makes a peace agreement between the Israelis and the Palestinians harder to achieve.

Haley noted that the U.N. has a "long history of anti-Israel bias," and that during the most recent U.N. General Assembly session, the international body adopted 20 resolutions against Israel "and only six targeting the rest of the world's countries combined."

She acknowledged that she is new to international diplomacy. But she said while the U.N. has had many successes, citing health and food programs that have saved millions of lives, "any honest assessment also finds an institution that is often at odds with American national interests and American taxpayers."