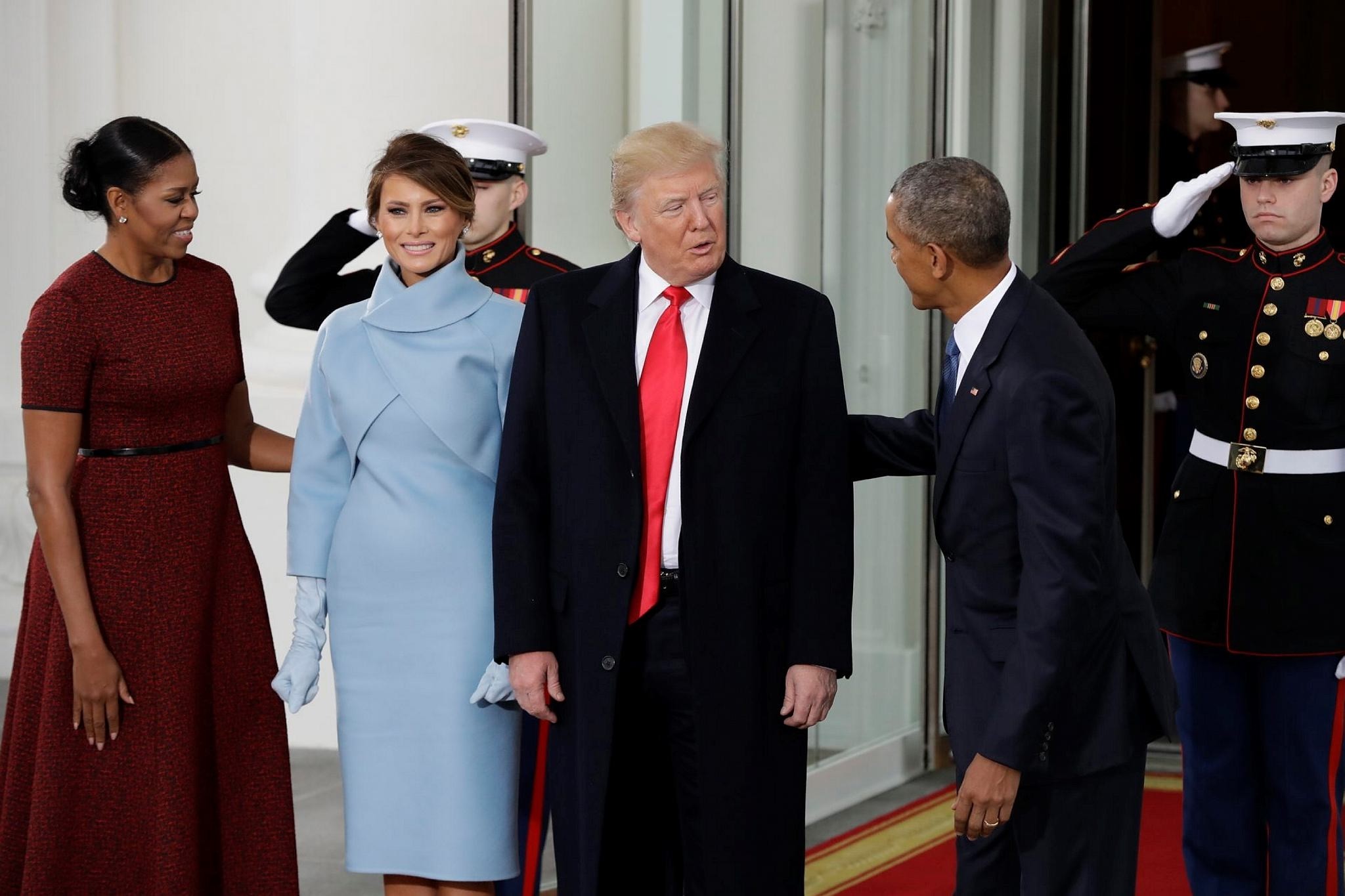 Outgoing US President Barack Obama on Friday left the Oval Office for the last time, before welcoming his successor Donald Trump to the White House.

Obama walked into the Oval Office holding a letter, which he left on the Resolute desk, a 19th century gift from Queen Elizabeth that is made from the timber of a British arctic vessel.

It is customary for the outgoing president to leave a personal note for his successor.

Obama was to have morning tea with Trump before they make their way to the Capitol for the inauguration ceremony.

As Obama walked along the West Wing colonnade, when asked if he was feeling nostalgic, "Of course" was the reply.

Asked for last words for the American people, he offered a simple "Thank you."

When Obama arrived in the Oval Office eight years ago he found a note from his predecessor, George W. Bush.

"Very few have had the honor of knowing the responsibility you now feel. Very few know the excitement of the moment and the challenges you will face," it read.

"There will be trying moments. The critics will rage. Your 'friends' will disappoint you. But, you will have an Almighty God to comfort you, a family who loves you, and a country that is pulling for you, including me."

"No matter what comes, you will be inspired by the character and compassion of the people you now lead."