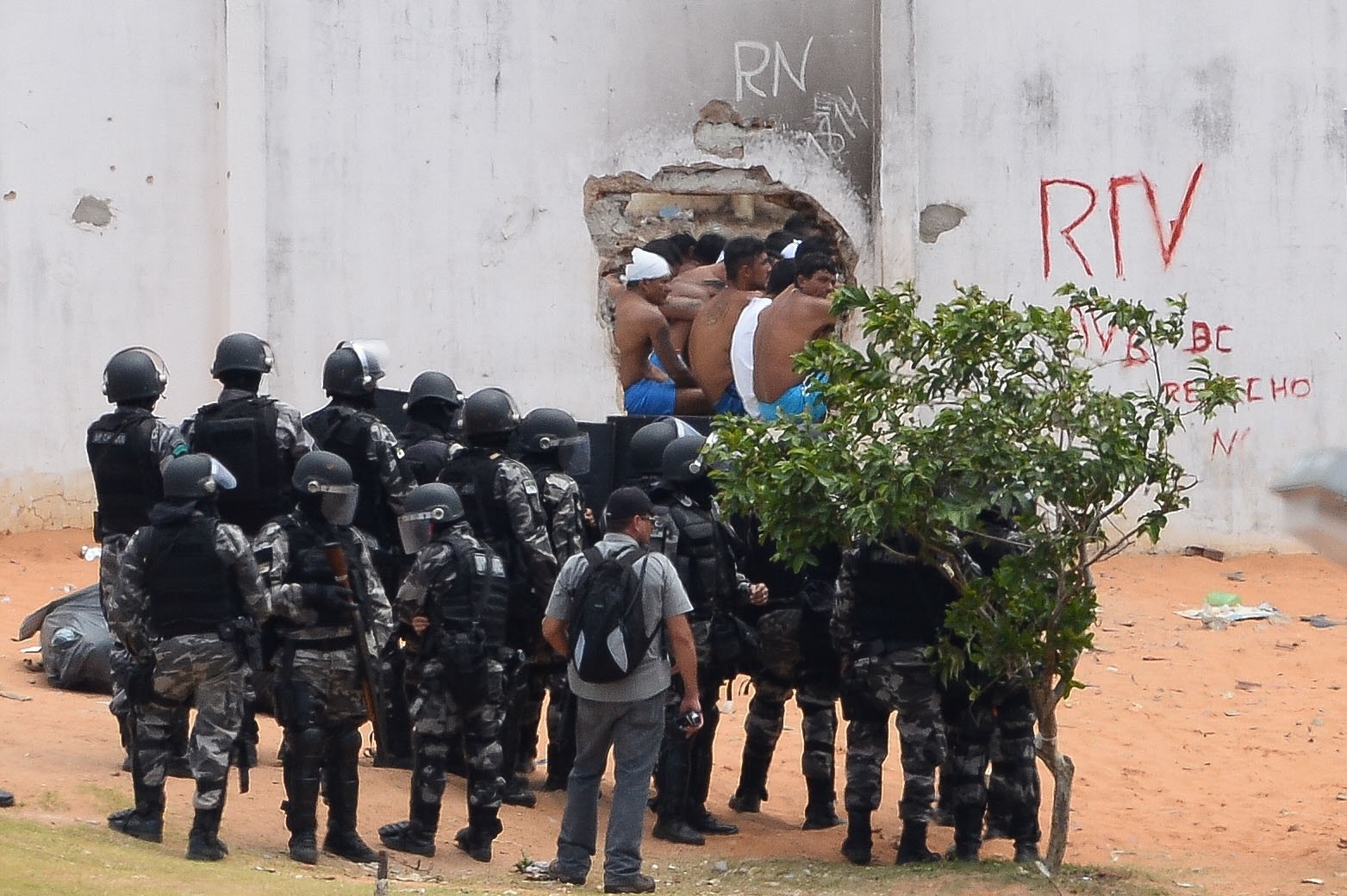 Riot police enter the Alcacuz Penitentiary Center near Natal to regain control after a gang confrontation at the prison in Rio Grande do Norte, Brazil on January 21, 2017. (AFP Photo)
by Associated Press
Jan 21, 2017 12:00 am

Military police took control Saturday of a prison in northeastern Brazil after fighting between rival gangs left 26 inmates dead, the latest in a spate of violence in the country's penitentiaries.

A week after the violence first erupted, military police, including riot police and others, moved into the Alcacuz prison complex, outside the city of Natal. They were accompanied by an armored vehicle as a helicopter flew overhead. Authorities would not say how many officers entered the complex, but an Associated Press reporter saw about 40 go in.

A few hours after the operation began, Maj. Eduardo Franco, a military police spokesman, said the complex was again under police control.

A spate of violence has seized prisons in Latin America's largest country in recent weeks, leaving at least 126 dead since the beginning of the year. The fighting is between members of rival gangs, who clash over control of drug trafficking routes outside prison walls and have slaughtered one another inside penitentiaries in several Brazilian states.

The police forces now inside Alcacuz plan to separate rival prisoners, including by erecting a wall made of shipping containers.

The series of riots and grisly killings in Brazilian prisons in recent weeks has put a spotlight on overcrowding, underfunding and understaffing in the prison system. For instance, Alcacuz is home to more than 1,000 inmates, though it was built for 620. Images on TV and in newspapers of prisoners wielding weapons and cell phones have embarrassed President Michel Temer and put pressure on his administration to reform the system.

The violence at Alcacuz has also spilled over into Natal, where buses have been burned in recent days. The governor of Rio Grande do Norte state has said military forces are helping to patrol in the city.