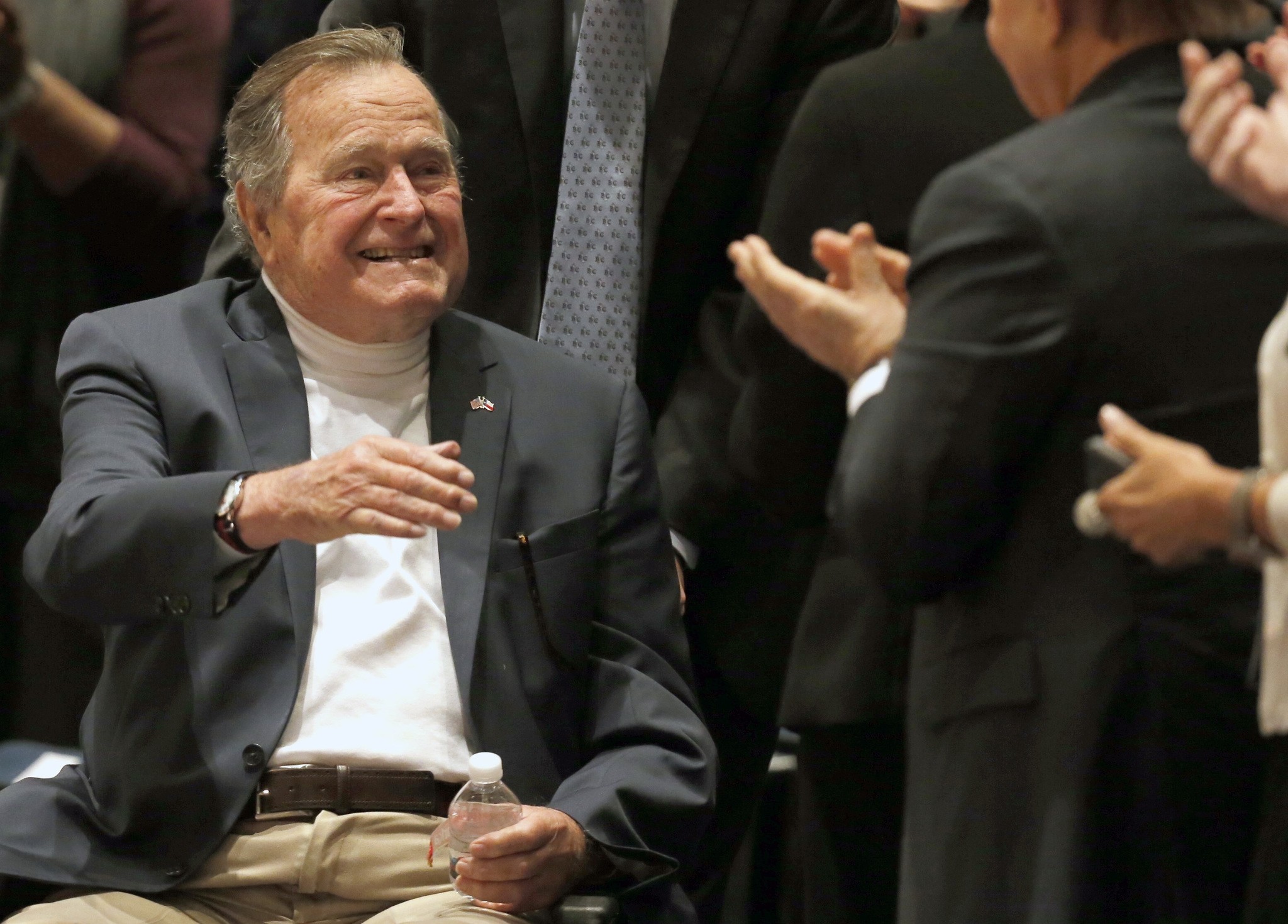 A spokesman says former U.S. President George H.W. Bush's health continues to improve and doctors are hopeful he can be moved out of intensive care at a Houston hospital in the next day or two.

The 92-year-old former president has been in the hospital for a week being treated for breathing difficulties from pneumonia.

McGrath says the couple wants to make sure "they thank their well-wishers for their kindness, and especially their prayers."

Their 72-year marriage is the longest of any presidential couple in American history.