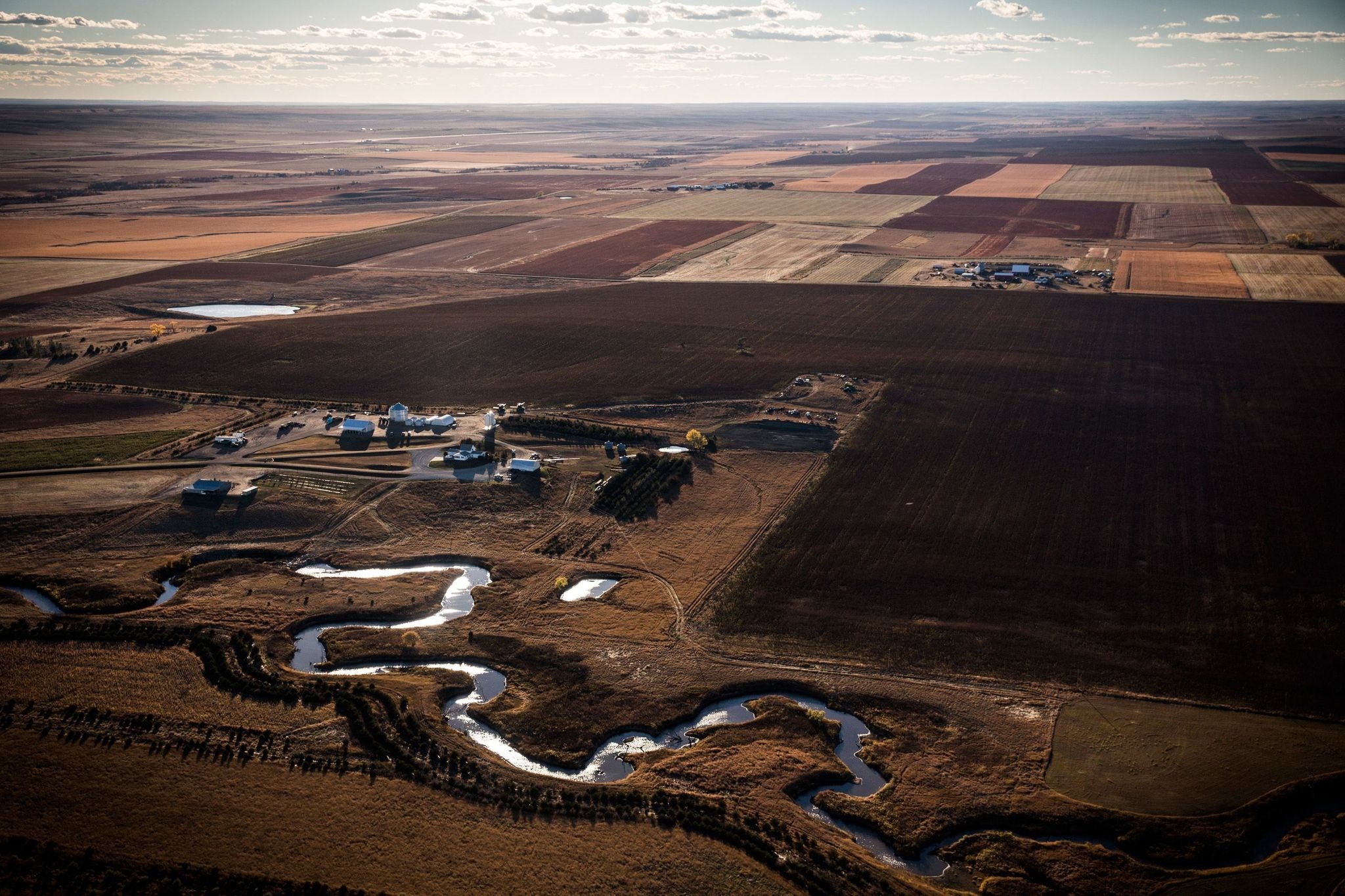 This photo taken on Oct 12, 2014 shows a creek weaving through the rolling hills of South Dakota where the proposed Keystone XL pipeline would pass. (AFP Photo)
by Jan 24, 2017 12:00 am

The Keystone XL oil pipeline runs between Canada and the United States, and the Dakota Access pipeline would bring oil from fracking to market but has been blocked by months of protests by Native Americans concerned about water quality and destruction of sacred sites.

Here are key facts about the projects.

Keystone XL was an expansion of TransCanada's existing system to funnel oil from Alberta's tar sands to refineries on the U.S. Gulf Coast.

The portion blocked by the Obama administration was a $5.3 billion proposal to build a 1,179-mile (1,900 kilometer) pipeline from Alberta, Canada to Nebraska.

The Dakota Access Pipeline project stretches over four US states and 1,172 miles. Once completed, the $3.8 billion, 30-inch pipeline would transport crude from the northwestern corners of North Dakota, one of the key centers of oil extracted by hydraulic fracturing, or "fracking," to a distribution center in Illinois.

The Army Corps of Engineers in December blocked the disputed portion of the route near Standing Rock Sioux land, that would have taken it under a river and a lake, and said it would seek an alternative.


WHY ARE THEY SO CONTROVERSIAL?

Alberta's tar sands are considered to have the "dirtiest" oil on the planet. Unlike traditional crude which gushes from a well, tar sand oil must be dug up and essentially melted with steaming hot water before it can be refined. It results in huge lakes of polluted water and the strip-mining of millions of acres of once-pristine boreal forests.

A protest movement involving hundreds of Native American tribes has garnered nationwide support and worldwide attention. Since last April, protesters have camped out in North Dakota to block the pipeline's route -- their numbers at times swelling into the thousands -- refusing to leave even when snowstorms covered the area.

A key portion of the pipeline crosses land controlled by the federal government just north of the Standing Rock Sioux Tribe's reservation in North Dakota. The area includes land the tribe considers sacred, and that contains sacred objects and burial sites.

The pipeline also would cross the Missouri River and man-made Lake Oahe, the tribe's source of drinking water. It has raised objections, saying the pipeline could leak and endanger the reservation's water supply.

Environmentalists also oppose fracking saying it contaminates drinking water sources due to the chemicals injected at high pressure into the shale rock to extract oil and gas. They also say the technique is causing earthquakes.

The State Department estimated the new, shorter route would have created 42,000 temporary jobs over the two-year construction period. Opponents noted that just 35 permanent jobs would be created for pipeline maintenance.

An economic impact report commissioned by the pipeline's operator estimated the completed project would bring in $1.9 billion in new labor income, and $5 billion in additional business to the four-state region.

TransCanada argued that bringing another 830,000 barrels of oil a day from friendly, neighboring Canada would reduce U.S. dependence on the Middle East and Venezuela by up to 40 percent.

The U.S. Chamber of Commerce says fracking has helped the United States climb to the top five of the most energy-secure countries in its global index. However, the domestic industry has struggled after global oil prices plunged. Prices are expected to hover around the $53-per-barrel mark this year.

TransCanada argued that buried pipelines are far safer for transporting oil than ships or trains and claims to have "one of the best safety records in the industry." It also notes that there are more than 2.6 million miles of oil and gas pipelines in the United States "that deliver 99.9998 percent of their products safely and reliably every day."

Critics note the existing Keystone pipeline developed a dozen leaks in its first year of operation.

Pipeline operator Energy Transfer Partners has denied it poses a risk to the area's water supply, saying there are other pipelines already operating safely under the waterway, and that the route was developed through consultations with dozens of tribes and archeological experts.