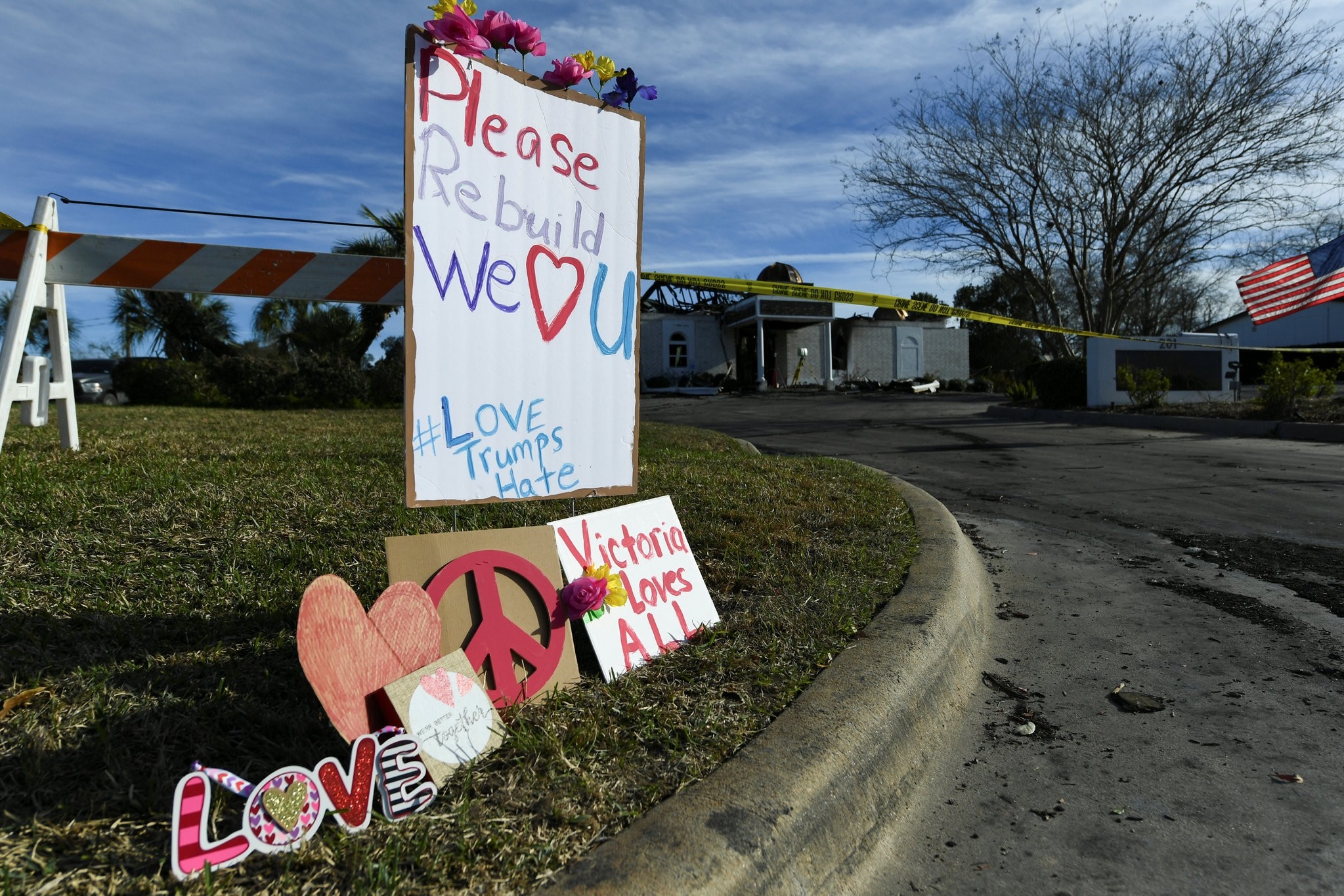 Signs rest outside the Victoria Islamic Center a day after a fire destroyed the mosque in Texas January 29, 2017. (REUTERS Photo)
by Daily Sabah with Agencies Feb 03, 2017 12:00 am

Four churches and a synagogue have offered to host prayer services for members of a South Texas mosque that was destroyed by fire last weekend.

Jewish people in the small Texan city of Victoria on Thursday handed the town's Muslims the keys to their synagogue after the only mosque in town was destroyed in a fire.

"This is sad for everyone in the community and as Jews we especially have to feel for the Muslim community. When a calamity like this happens, we have to stand together," Robert Loeb, the synagogue's president, told Reuters.

Shahid Hashmi, the Islamic center's president, said: "Jewish community members walked into my home and gave me a key to the synagogue." He said that he was very thankful for the kind offers of temporary quarters for his congregation.

Hashmi, who has lived in Victoria for 32 years, said the mosque's congregation of about 140 has enjoyed the support of the city, which is about 115 miles southwest of Houston. The mosque was built in 2000.

Meanwhile Omar Rachid, also a member of the Islamic Center, said that the offers from the synagogue and churches gave "comfort at a time of great loss."

He says the congregation has decided instead to use a commercial building that provides the space and amenities to accommodate prayer services.

Demolition of the charred remains of the mosque began Wednesday and the intention is to rebuild on the same site. A GoFundMe campaign to rebuild the mosque was launched also, and it has now exceeded $1 million.

City spokesman O.C. Garza said Thursday it could take several weeks before the cause of the fire is determined.

A fire on early Saturday morning destroyed the Islamic Center that was burglarized a week ago and vandalized several years ago.