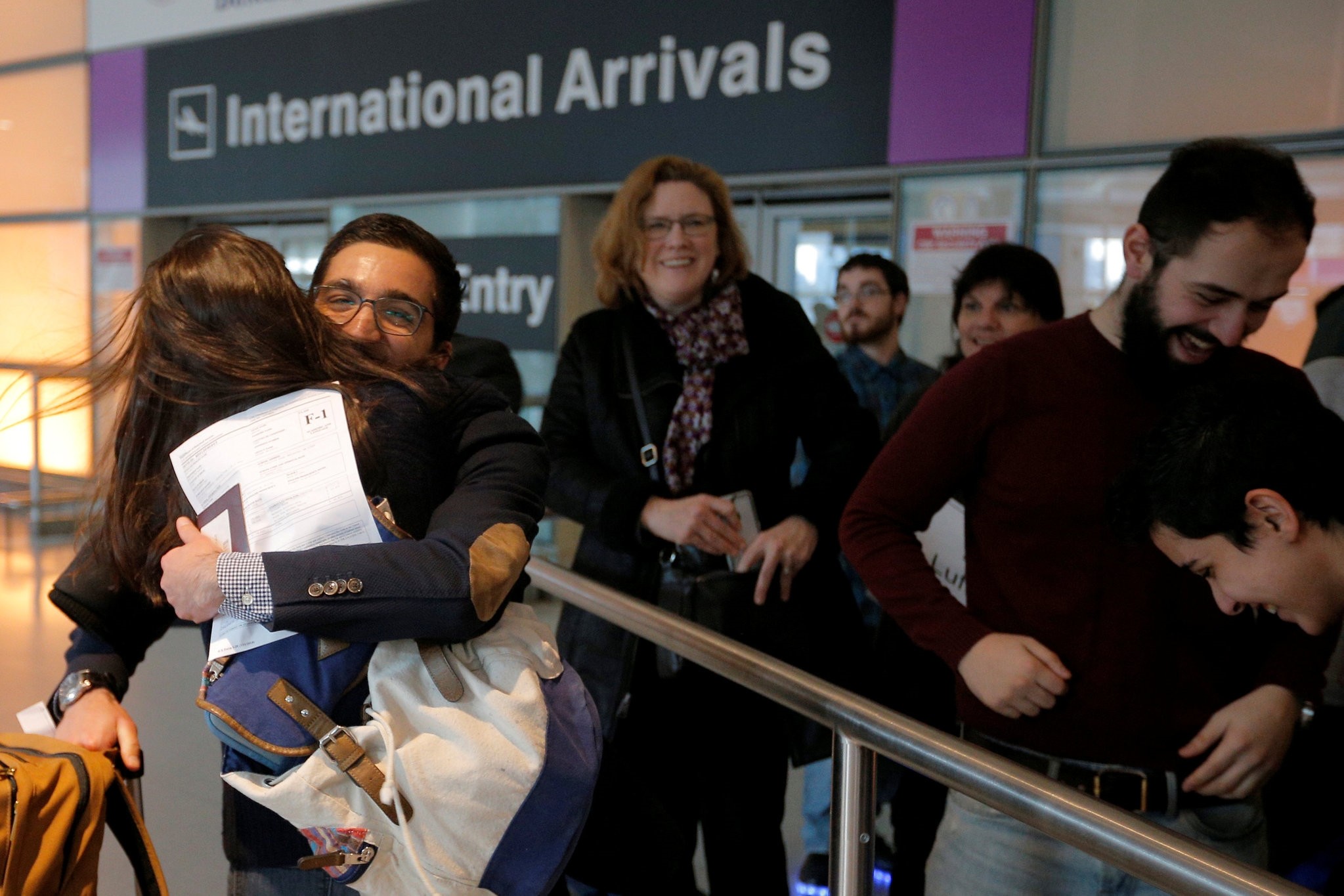 Behnam Partopour, a Worcester Polytechnic Institute (WPI) student from Iran, is greeted by his sister Bahar (L) at Logan Airport. (Reuters Photo)
by Feb 04, 2017 12:00 am

"We have reversed the provisional revocation of visas," a U.S. State Department spokesman told AFP. The department had said some 60,000 travel visas had been revoked in compliance with the president's recent executive order.

"Those individuals with visas that were not physically cancelled may now travel if the visa is otherwise valid," the official said.

The official added that the Trump administration is "working closely with the Department of Homeland Security and our legal teams" pending a full review of a complaint filed by Washington state's attorney general, which filed one of several legal challenges to the measure.

The Department of Homeland Security, in a separate statement on Saturday wrote: "In accordance with the judge's ruling, DHS has suspended any and all actions implementing the affected sections of the executive order."

It added: "DHS personnel will resume inspection of travelers in accordance with standard policy and procedure," but said that U.S. Department of Justice officials would launch an appeal "at the earliest possible time" to reinstate the ban, which the Trump administration believes "is lawful and appropriate."

"The order is intended to protect the homeland and the American people, and the President has no higher duty and responsibility than to do," the DHS statement said.

Trump meanwhile lashed out at the court ruling suspending his controversial ban affecting travelers from seven Muslim countries dismissing it as "ridiculous" and vowing to get it overturned.

The order, issued late Friday by Seattle US District Judge James Robart, is valid across the United States, pending a full review of a complaint filed by Washington state's attorney general.

The travel restrictions, which went into effect a week ago, have wreaked havoc at airports across America, sparked numerous protests and left countless people hoping to reach the United States in limbo.

"The opinion of this so-called judge, which essentially takes law-enforcement away from our country, is ridiculous and will be overturned!" Trump wrote in a flurry of early morning tweets.