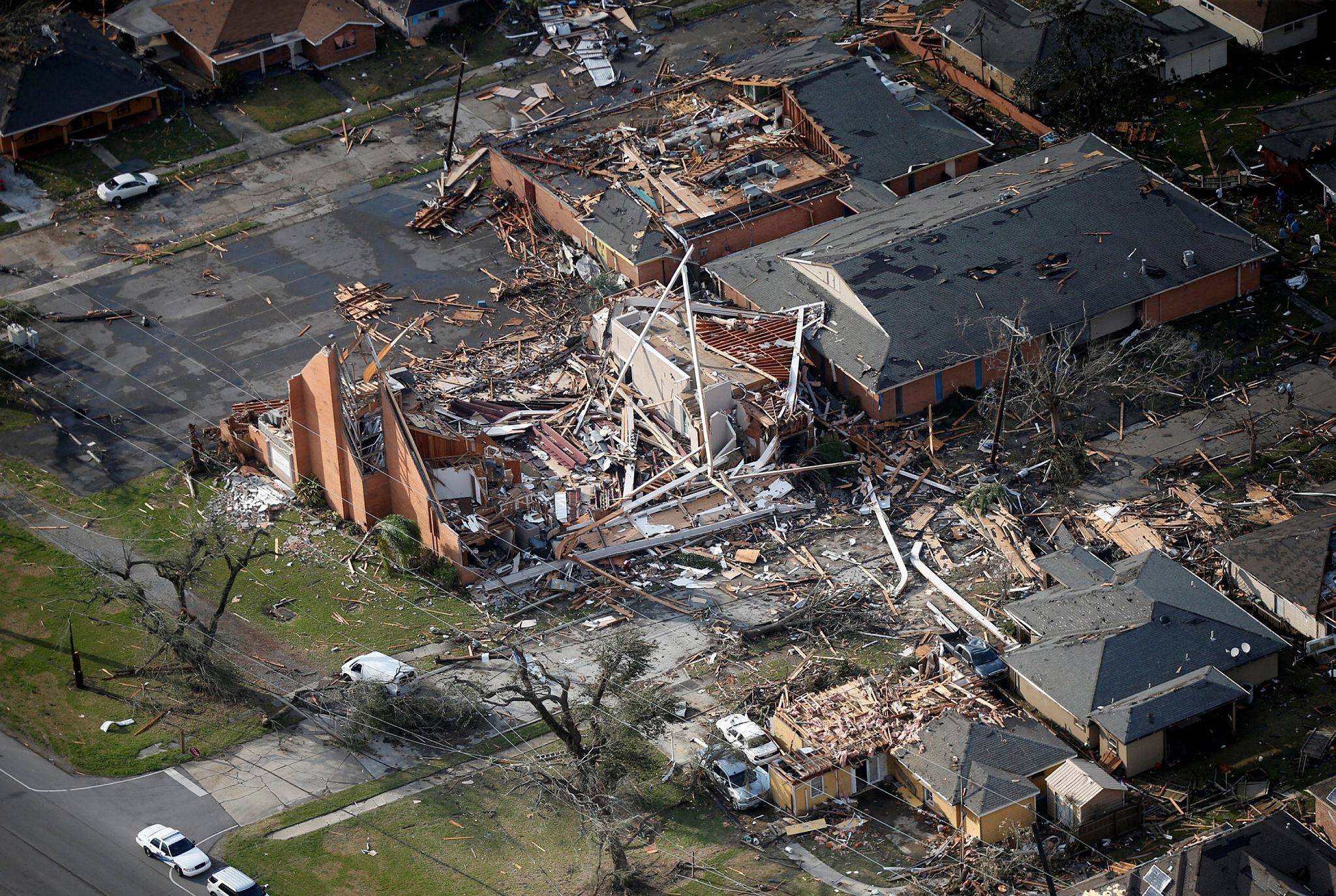 A destroyed church and homes are seen in this aerial photo after a tornado tore through the eastern neighborhood in New Orleans, Tuesday, Feb. 7, 2017. (AP Photo)
by Anadolu Agency
Feb 08, 2017 12:00 am

"Tornadoes are unbelievably powerful. They are as destructive as anything we have seen in this city, really scary," Landrieu said as he warned potential visitors not to try to go to the eastern part of the Louisiana city. "It is totally shut down," he said.

A number victims suffered minor bruises from falling debris and dozens of homes were left in ruins. Response teams are conducting door-to-door searches for those who might have be trapped.

New Orleans is no stranger to destructive storms. Hurricane Katrina flooded 80 percent of the city in 2005, and nearly 90 percent of residents were evacuated.

The storm killed more than 1,800 victims in Louisiana and Mississippi and is the costliest natural disaster in U.S. history totaling nearly $150 billion in damages.