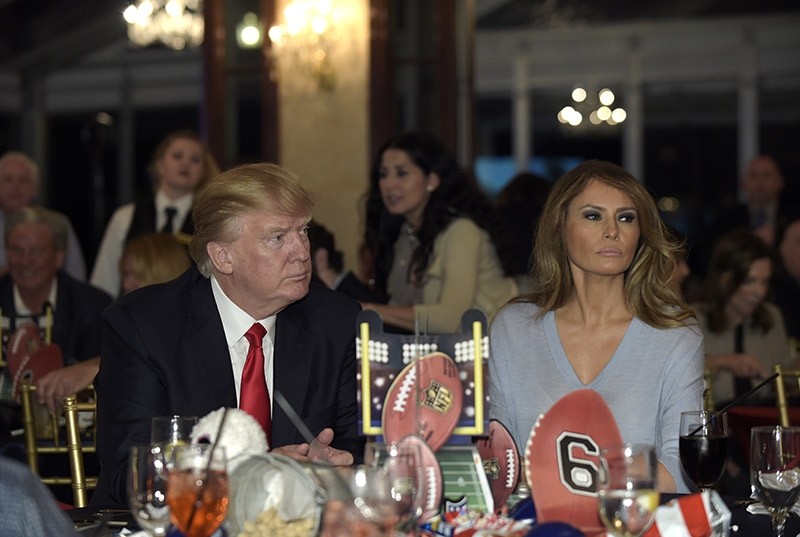 America's first lady Melania Trump has relaunched a multimillion-dollar lawsuit against the Daily Mail Online, claiming that the publication prevented her from reaping the "once-in-a-lifetime" windfall to be had as a business lady married to the president.

In a separate but related case, Trump on Tuesday settled for an unspecified "substantial sum" a suit against blogger Webster G. Tarpley, who made the same escort claims.

President Donald Trump's wife, a former Slovenian model, is suing the publication for reporting rumors that she worked as an escort in the 1990s.

In court documents filed Monday, the first lady said that she and her brand had missed out on "multiple millions of dollars" in licensing, marketing and endorsement opportunities that would otherwise have been available to someone spending time as "one of the most photographed women in the world."

Melania, the suit said, had "the unique, once-in-a-lifetime opportunity, as an extremely famous and well-known person, as well as a former professional model and brand spokesperson, and successful businesswoman," to have profited from the situation.

According to the suit, she "could have garnered multimillion-dollar business relationships for a multi-year term" were it not for the deleterious Daily Mail escort allegations.

The first lady, who owns her own brand "Melania," said the claims had affected her ability to sell clothing, accessories, shoes, jewelry, makeup, hair care and other items.

Both suits were originally filed in Maryland in September, but the complaint against the Daily Mail was rejected on grounds that the court lacked geographical jurisdiction over the matter, which would need to be heard in New York.

Trump's lawyers then filed a suit at the New York state Supreme Court against Mail Media, Inc., which publishes the Daily Mail Online, asking for $150 million in damages.

Tarpley, the blogger, acknowledged his wrongdoing in a statement sent by Trump's lawyers.

"I posted an article on August 2, 2016 about Melania Trump that was replete with false and defamatory statements about her," Tarpley said.

The poised, impeccably dressed Melania is 24 years younger than her 70-year-old billionaire husband. She is Trump's third wife and the mother of their young son Barron.

Her modeling career brought her in 1996 to the United States, where two years later she met the real estate mogul and reality television star she would eventually marry.