US Defense chief Mattis disagrees with Trump, says has no problems with media 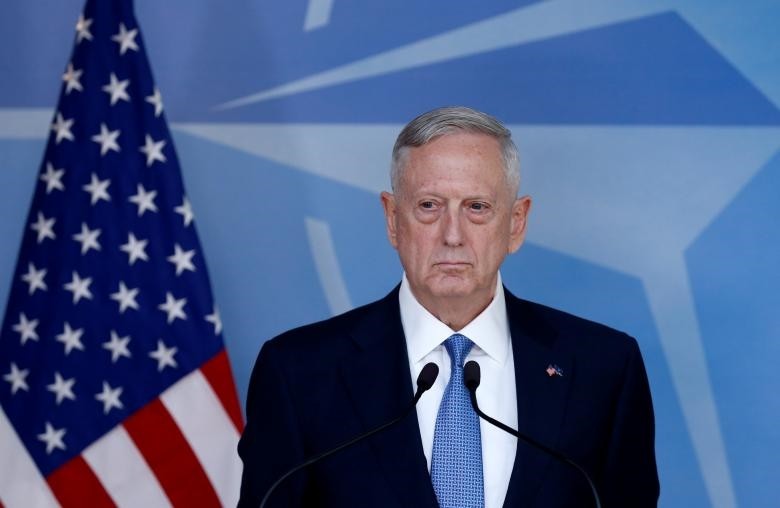 U.S. Defense Secretary Jim Mattis on Sunday distanced himself from President Donald Trump's assessment of the media as "the enemy of the American people," saying during his first trip to the Middle East that he had no problems with the press.

Mattis, a retired Marine general seen as one of the most influential voices in Trump's cabinet, did not mention his boss by name. But asked about Trump's Tweet on Friday that branded the media as America's enemy, Mattis took a different position entirely.

"I've had some rather contentious times with the press. But no, the press, as far as I'm concerned, are a constituency that we deal with," he told reporters traveling with him in the United Arab Emirates.

"And I don't have any issues with the press, myself," Mattis added.

Since his Jan. 20 inauguration, Trump has fiercely criticized various news outlets that have reported unflattering revelations of dysfunction or other problems in the White House.

He has described them as "lying", "corrupt" and "failing," and late on Friday he said the news media was "the enemy of the American people."

"Certainly we would never condone violence. But I do think that we condone critical thought," Priebus said, adding the media, in some cases, needed to "get its act together."

"HOW DICTATORS GET STARTED"

Mattis spoke after talks with European leaders at a security conference in Munich, Germany, where U.S. Senator John McCain warned that suppressing the free press was "how dictators get started."

"If you want to preserve democracy as we know it, you have to have a free and many times adversarial press. And without it, I am afraid that we would lose so much of our individual liberties over time," McCain told NBC's "Meet the Press" program on Sunday.

On Friday McCain told the Munich forum that the resignation of Trump's national security adviser, Michael Flynn, over his contacts with Russia reflected "disarray" in Washington.

But Mattis played down any concerns about the reshuffling within the administration.

"Welcome to democracy. It's at times wildly contentious, it's at times quite sporting. But the bottom line is this is the best form of government that we can come up with," he said.

Mattis added that the military was very ready to "hold the line" as the political process played out.

"We don't have any disarray inside the military and that's where my responsibility lies," he said.