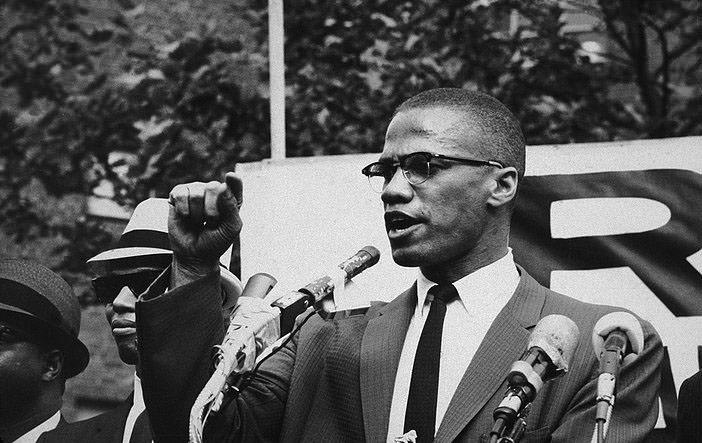 Malcolm X was a reaction to the white power of his time, said Koffi Kouakou, a seasoned South African academic marking the 52nd anniversary of the assassination of the towering U.S. civil rights leader.

"The Malcolm X context is very tough. Because it's a context where black people were completely marginalized, segregated, beaten up, mistreated. So he, in response and reaction to that kind of brutal context, wanted to escape it by creating an identity, but he found out very quickly because he was a black sort of fundamentalist, very extreme," Kouakou, a senior lecturer in government communications and scenario planning at the University of the Witwatersrand's Wits School of Governance, told Anadolu Agency in an exclusive telephone interview Tuesday.

Referring to Malcolm's 1964 pilgrimage to Mecca, and his transformation through experiencing the multi-colored religious faithful there, Kouakou stressed that this change remade his personality.

"You could see that he realized so much. His identity started to change. Because he was both a black person with a black culture and American citizen and a Muslim. These are the combined identities he had and what was most important for him was the four identities he started to build when he came back from Mecca," he said.

"It was sort of the international Muslim brotherhood's identity which religion helped to transcend all other identities," he added.

"Malcolm was right at the beginning, and he was right at the end, but in the middle he was wrong because he didn't understand that those identities had to change so a black person doesn't have a black identity. This is a mistake we all make. Because we learn from every other identity," he said.

He also highlighted that the black power movements which emerged from the U.S. were really a reaction to mid-century manifestation of white power.

"To be able to react to white power you have to identify with something. And one of the key sort of common features most of these reactions had was a color line. Because we had a segregated society in the law and it was really tough. So they deeply fell into that category of black people," he added.

"So he had to use it to create the energy necessary to bring to form a group movement when he joined the black Muslims. He had to find a home to express himself. He couldn't do that with any white person because white people had denied that opportunity and identity but when he went to Mecca he met with white Muslim people. That blew his mind. He realized he was wrong. It's a very powerful shift and transformation in Malcolm," he noted.

- Common cause with the oppressed

Iconic leader Malcolm X is being remembered Tuesday in New York City at the Malcolm X and Dr. Betty Shabazz Memorial and Educational Center 52 years after his assassination in 1965.

Initially a prominent figure in Elijah Muhammad's Nation of Islam movement, he broke away from the group in 1964 and embraced Sunni Islam, adopting the Muslim name el-Hajj Malik el-Shabazz.

Renouncing the separatist beliefs of the Nation of Islam, he attempted to internationalize the plight of African Americans and to make common cause with the oppressed people of the world.

He was assassinated at the Audubon Ballroom in Harlem on Feb. 21, 1965. Three members of the Nation of Islam were convicted for the murder.

His life story, The Autobiography of Malcolm X, is considered one of the seminal non-fiction works of the 20th century.